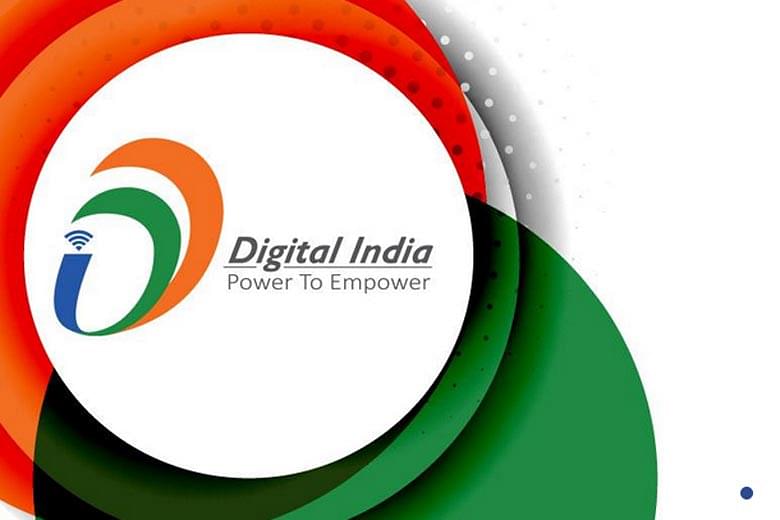 ‘Digital India’ is arguably the most ambitious initiative of the Modi government. There are hurdles on the way, but there are also opportunities. How exactly will ‘Digital India’ roll out? Read here in the first part of an explanatory piece.

On July 1st, Prime Minister Narendra Modi launched the Digital India program in Delhi with much fanfare, supplemented by big investment announcements by the leading industry houses in the country. The program aims to ramp up the traditional 256 kbps broadband services to 2 Mbps compatible infrastructure, connect more than 250,000 gram panchayats (GPs) via the National Optical Fibre Network (NOFN), targeting 600 million broadband connections nationwide and aims to deliver a host of government services on this telecom backbone. The infrastructure investment is being made not just to improve the way citizens interact with the government at various levels of governance aggregation, but also to jump-start new businesses which require connectivity for remote service delivery.

Digital India is by far the most ambitious indigenous program PM Modi has launched with a far-reaching impact connecting Indian hinterland to the government services as well as to the rest of the country leveraging technology. The program also faces a series of hurdles, which are onerous, and every hurdle in its own right can derail the entire program.

The Connectivity Conundrum India has a unique pattern of Internet-driven technology adoption. The Internet user base has multiplied around 30 times in the last 15 years and a bulk of near 200 million online Indians are today using mobile to connect with the rest of the world. In most developed countries, the predominant exposure to Internet via mobile tends to be between 20% and 30%, with broadband calling the shots. In India, this figure is close to 65% – two-thirds of all Indians access Internet predominantly through mobile devices. This explains the growth of smartphones at various price points in India and the cut-throat pricing wars which several Indian and Chinese companies are leading to capture a share of the growing pie. After all, there are still almost a billion Indians who are not using the Internet, and this is the largest unconnected market to address globally today.

But beyond this exciting market dynamic on mobile, there’s also the harsh reality that the wired Internet connections in India have lagged in a big way. The reason is the lack of connectivity infrastructure, with optic fiber networks present in most districts, but present with patchy linkages and low rate of utilization by the players providing the last mile connectivity (telcos and cable companies mainly). Until a year ago, India classified data transfer at the rate of 256 kbps (kilo-bits per second) as broadband, though the globally accepted threshold is 512 kbps. Even with that leniency, the last mile connectivity tends to be of varying quality, relying on Digital Subscriber Line (DSL) technology and its variants – often of poor implementation quality and line conditions. Finally, a handful of players control this last mile service, often leaving consumers very little to choose from – not every player operates in each state – in fact most players conveniently leave out covering several parts of even metro cities given the lack of commercial potential.

In summary, India’s Internet connectivity is full of disparity. On one hand, there’s a huge untapped market which is not connected at all (~1B). On the other hand, there’s another huge market which is connected (~200M) but via poor data quality 2G networks or patchy and yet to be fully rolled out 3G networks. And both these markets are ripe for using higher quality connectivity origination points – smartphones and tablets continue their march with an estimated 650M smartphones and 19M tablets to be in use by 2019 (as per a Cisco survey).

While the digital economy continues to grow in India battling the enormous infrastructure challenges, shouldn’t the government also leverage this untapped potential of delivery of public services electronically? Shouldn’t the government to citizen (G2C) and government to business (G2B) transactions be digital, faster, transparent and open to greater scrutiny and accountability? In that direction lies the genesis of the Digital India program.

The program has 9 pillars, each addressing an ambitious target related to various aspect of making the country technology savvy.

Digital Foundation Layer: This is the building block pillar, without which the rest of the program cannot stand its ground. This part covers:

Universal Access to Mobile Connectivity: addressing the plans to extend mobile services to every corner of the country with special focus on areas like North East and Left Wing Extremism affected states.

e-Kranti: Electronic Delivery of Services: addressing the areas which were part of the erstwhile National e-Governance Plan, with addition of new services.

Information For All: addressing the need to create a public data architecture available via open tools and on demand.

Electronics Manufacturing: to promote indigenous manufacturing across a range of products, with the aim of becoming import net neutral by the turn of the decade.

Each of the 9 pillars strives for lasting, significant impact, and touches the boundaries of multiple government departments and agencies.

The government has created a well defined structure to ensure the right focus on the program. The Cabinet Committee of Economic Affairs (CCEA) will approve all investment decisions. The program will report into a Monitoring Committee chaired by the PM himself, also including the ministers whose ministries are rolling out digital solutions.

An Advisory Group which will have representation from the states and union territories will chart out the course of the program – this is critical because the citizen initiatives won’t work without the active participation of states. Involving states at the highest level of the program is another step by this government to maintain a true federal decision making structure. This group will be headed by the Hon’ble Minister of Communications and Information Technology Mr. Ravishankar Prasad.

His department DeitY – Department of Electronics and Information Technology – will be the key implementation agency for the program and will be accountable to the Advisory Group and the Apex Committee. This Apex Committee, reporting directly to the Monitoring Committee, will be chaired by the Cabinet Secretary will be accountable for the process reengineering initiatives and day to day decision making.

Interestingly, the programme envisages the role of a Chief Information Officer (CIO) to coordinate between DeitY, various other ministries and all state governments and union territories. This role is similar to what the USA has created in the last few years – a domain expert looking holistically at all government technology touchpoints.

This structure lends itself well to decision making as well as direction setting at various levels, though the role of the CIO and the Cabinet Secretary will be crucial to get things moving on initiatives which require actual process changes.

The Digital India program will continue to leverage past investments made in various pillars, including the plan for establishing a National Optical Fiber Network (NOFN), which is running woefully behind schedule. The NOFN roll out which has been piloted variously in Rajasthan and Andhra Pradesh during the UPA-2 rule and in Kerala after the Modi government took over, aims to connect 250,000 gram panchayats (GPs) via fiber. The program launched in 2011 was to complete by 2013 with incremental fiber roll out over 600,000 kms, but the end date has now been revised to March 2017. Creation of this fiber network dubbed BharatNet, is the first and the most critical step to realize the full ambitions of Digital India.

In the next article, we will look at the implementation of the Digital Foundation Layer and the challenges the government is up against.