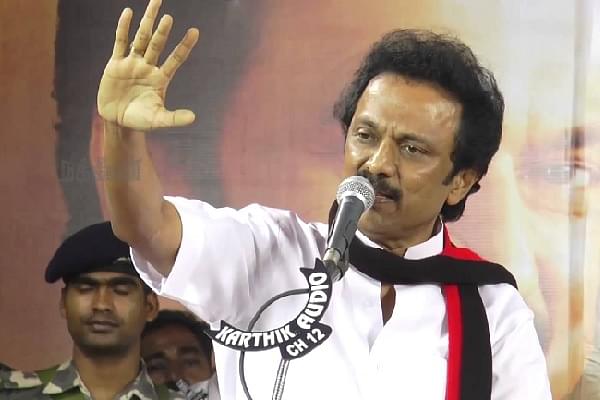 AIADMK rule is just as corrupt and venal as that of DMK in the past. But for some reason, people do not hate the AIADMK. A look at Tamil Nadu’s political landscape.

Tamil Nadu moved into electioneering mode on 11th May 2015  when the Karnataka High Court declared AIADMK supremo J. Jayalalitha not guilty in the disproportionate asset case. She was earlier found guilty and sentenced to four years of imprisonment and a whopping Rs 100 crore penalty by a trial court in Bengaluru on 27th September 2014. She was instantly disqualified as an MLA and had to relinquish her chief ministership. She had to spend a few days in jail before she could get bail. But the May 2015 verdict brought her back to the forefront as the Chief Minister of Tamil Nadu once again.

Though an appeal is pending in the Supreme Court, it is unlikely that there will be any movement in this case for quite some time to come. Jayalalitha’s highly paid legal team and her strong political connections on the one hand, and a not so enthusiastic response from the prosecuting agency Karnataka Government on the other hand would mean that Jayalalitha is safe for months or even years to come.

It appears that her opponent DMK has given up on the legal front and is focusing solely on the election front. The party is still afraid of anointing MK Stalin as its Chief Ministerial candidate. Instead it is continuing to promote its nonagenarian leader, many times Chief Minister and father of Stalin, M Karunanidhi as their Chief Ministerial candidate. But it is Stalin who is now on a whirlwind tour of the state, visiting various towns, wearing designer clothes and interacting with a cross-section of general public and his party men. A well oiled PR machine puts out photos and videos on the social media every day, of Stalin eating vadai and sipping tea in a roadside shop, talking to college students, meeting industry folks and so on.

But DMK is at a huge disadvantage. Its vote share has continuously dwindled in the last four general elections. Anything Stalin does in his Namakku Naame (We for ourselves) tour is not going to bridge the gap of nearly 15% votes that separate AIADMK and DMK. Thus, DMK needs partners and this is where it has run into trouble.

After AIADMK and DMK, the two most important parties in Tamil Nadu are DMDK and PMK. The former, headed by film star Vijayakanth kept away from both the parties for a decade and finally aligned with AIADMK in the 2011 assembly elections and tasted a sweet victory for the first time. While Jayalalitha became the Chief Minister, Vijayakanth became the leader of opposition but soon fell foul of her. He couldn’t control his flock of MLAs and Jayalalitha deftly drove a wedge into his party and pulled out many MLAs into an independent block. In the 2014 parliamentary elections, DMKD nominally lead the NDA comprising BJP, PMK and MDMK, contested most seats but drew a blank against Jayalalitha’s juggernaut.

It is almost certain that AIADMK and DMDK will not align again for now. Even the Modi wave did not help a DMDK-BJP partnership. There will be no such wave in favour of BJP in 2016. Thus, one would think DMDK would walk into the DMK camp. But that is not happening. For some reason, Vijayakanth has shown no interest in allying with DMK yet. Given that it is DMK that is desperate, one could say DMK has failed to woo DMDK adequately.

PMK, a party that has benefited historically from alternating partnership with DMK and AIADMK over the last two decades has started singing an entirely different note now. It has decided to stay away from DMK and AIADMK and has projected Anbumani Ramadoss, current MP and former Union Minister, son of PMK’s founder Ramadoss as its chief ministerial candidate. PMK has no hopes of either forming a sensible alliance or even winning a few seats, but they are looking at 2021 and are not bothered much about 2016. But the loss is again that of DMK. PMK could have given DMK a few percentage gain in the vote share. That is not going to happen.

The next two parties of importance are Congress and its breakaway Tamil Manila Congress (TMC). Most observers believe that TMC headed by former Union minister Vasan has taken away most of the important leaders and possibly most of the cadre as well with it. But DMK is going to most probably end up with Congress and that would mean AIADMK will almost certainly get the support of TMC. Again, advantage AIADMK.

Vaiko’s MDMK, Thirumavalavan’s Viduthalai Chiruththaigal (VC) and the two communist parties have come together to form a front of their own. It is almost certain that this group will lose every seat it contests. DMK sees MDMK forming a new group as a huge setback to itself and has therefore resorted to breaking up MDMK and luring many of its top leaders. This will harden Vaiko’s stand and DMK can forget a partnership with MDMK. The communists have also been attacking both DMK and AIADMK equally. It hardly bothers AIADMK, but DMK is at its wit’s end.

We finally come to BJP. It cannot align with DMK for two reasons. There is no natural fit between DMK and BJP and furthermore, Congress is there on that side already. If we take into account meetings between Prime Minister Narendra Modi and Finance Minister Arun Jaitley with Jayalalitha and the help AIADMK’s members of parliament in Rajya Sabha can offer BJP government, a coalition is possible between AIADMK and BJP. But if that happens, it will be announced only at the last minute.

At this stage it appears that the following groups may emerge in time for the 2016 elections:

At best, VC may break from the MDMK headed group and join the DMK coalition, but that will hardly change the electoral arithmetic. If this is the final line-up, the AIADMK combo will sweep the elections and may even cross 200 out of 234. It will virtually wipe out DMK from Tamil Nadu. The last six assembly elections have witnessed DMK and AIADMK capturing power alternately. That run is certainly going to be broken now, with AIADMK retaining its hold for another five years.

AIADMK rule is just as corrupt and venal as that of DMK in the past. But for some unfathomable reason, people do not seem to find enough of a reason to hate the incumbent. Jayalalitha’s populist programs alone cannot be the reason for this state of things. The opposition DMK is also under cloud of corruption and nepotism and people seem to have resigned to the view that between the two bad parties, AIADMK is marginally better.

The future however is quite murky. Jayalalitha is not well. She is only 67 but apparently has a whole lot of medical problems. She has complete control of AIADMK and there is no distant second in sight in the party. DMK’s leader Karunanidhi is 92 and his son and heir apparent Stalin is 63. It is rumoured that Stalin also has health problems though he looks fairly fit and has been traveling the length and breadth of the state. Vijayakanth, Ramadoss and Vaiko, leaders of DMDK, PMK and MDMK respectively are either ailing or old. Ramadoss has cleverly pushed his son to the centre-stage. Vaiko and Vijayakanth cannot take that route.

Anbumani Ramadoss and Vasan have the age to their advantage but do not have a pan-Tamil Nadu appeal. This is where a party like BJP can benefit the most, a decade down the line. For that to happen though, it needs to build a cadre base and attract intellectuals and charismatic leaders alike to it. Across India, in many states, BJP has overcome stiff political resistance to capture power. But in Tamil Nadu, it has to additionally contend with a social movement such as Dravidian Movement, which has been anti-Brahmin, anti-Hindu, anti-Hindi and somewhat secessionist. BJP is seen as Brahminical, Hindutva, Hindi-centric and overbearingly nationalistic and against minority linguistic groups such as Tamils. Unless BJP casts away its fringe elements and goes through an image makeover to re-brand itself as a mainstream party in Tamil Nadu, it would end up missing a historic opportunity.