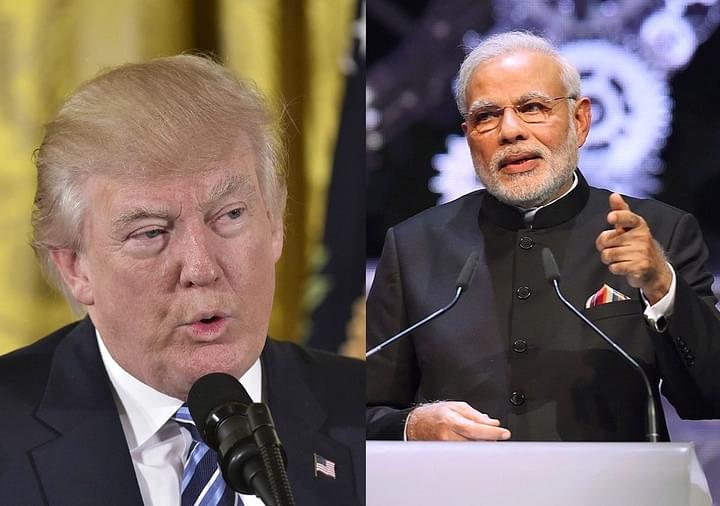 By the time this column is published the new President of the United States Donald Trump would have made his first official phone call to Indian Prime Minister Narendra Modi. Since the election of Donald Trump last November we have been treated to puerile commentary by pundits from both sides of the globe drawing phoney parallels between Modi and Trump while imagining all sorts of doomsday scenarios. So shallow has been the punditry in recent weeks that one has to wonder about the severity of trauma suffered by the Op-Ed commentators and analysts on both sides since November.

There is no denying that the Trump Presidency takes the United States and by extension the incumbent world order into uncharted waters. But to reduce all analysis and commentary on the future of the United States and its role in the world order to a fishing expedition in the shallow waters of personality quirks and individual idiosyncrasies by drawing absurd comparisons between Modi and Trump does no justice to either democracy.

India is the world’s largest democracy and the United States is not only the second largest by population but also one of the oldest on the planet. Running down the democratically elected leaders of the top two democracies in the planet is not merely disrespectful of the fair process of elections in these two nations but also sends the wrong message to the rest of the world where democracy remains an endangered species.

Setting aside personality factors that are largely reflective of popular culture in either nation, it is important that we objectively examine how India and the United States will continue to engage in the Trump era. Conventional wisdom would suggest continuity in the areas of Defence and Anti-Terrorism while trade likely to see some hiccups with the United States set to take a protectionist turn. As Prime Minister Modi’s strategic and diplomatic teams build on their outreach to the Trump administration to steer the course of this relationship, there is perhaps one area of opportunity that Modi’s India should evaluate seriously for a deeper engagement with Trump’s America based on shared interests without necessarily impinging on either nation’s desire to protect its domestic market.

This opportunity lies at the intersection of communications technology, democracy and the demographic dividend. Between China, India and the United States lies the overwhelming majority of the world’s digital consumers, the bulk of mobile and other internet enabled devices market and the future direction of the digital economy. Despite its forays into new technology areas like Artificial Intelligence and the emergence of China based digital majors like Baidu, Alibaba, WeChat and Tencent, undemocratic China remains a walled digital economy with a continued restrictive approach to Internet freedoms. Chinese digital majors are also looking to expand their market reach within Asia, India being no exception in the areas of e-commerce and mobile payments. With the recent announcement of a nearly 15 billion dollar internet investment fund, China’s digital foray is now on steroids.

A question that Modi’s India and Trump’s America will have to confront sooner than later is if the future of the global digital economy ought to be shaped by a restrictive China owing merely to the size of its consumer market and its version of state controlled capitalism ?

As the world’s top two democracies it is incumbent on Modi’s India and Trump’s America to be custodians of the global digital economy for the benefit of the rest of the free world. While the United States remains the fountainhead of digital innovation, Digital India with its demographic dividend is the largest consumer market in the free world. Together the direction that India and the United States set for the global digital economy will ensure that the rest of the free world is not solely at the mercy of a closed and restrictive China for its digital needs.

Internet governance has already seen a degree of convergence between the USA and India through a shared belief in a multi-stakeholder approach. A significant opening for further digital convergence between the United States and India has taken form with the recent changes at the US FCC. Trump’s America seems all set to roll back the Obama era restrictive policies on net neutrality, with the appointment of Ajit Pai as the new FCC chairman.

The American regulatory relook at net neutrality comes at a time when the Indian regulator TRAI has also initiated a fresh consultation to define what net neutrality ought to mean in the Indian context. Building further on this the new regime at the US FCC is also expected to give boost to the next vista in digital consumer innovation – the convergence between broadband services and broadcasting services over the airwaves with broadcasters all set to embrace an Internet Protocol based Delivery Architecture and both telcos and broadcasters looking to dynamically manage spectrum through a cloud based architecture.

This convergence is also an opportunity for India to emerge as a global innovation hub in broadcasting given the size of the Indian consumer market, the latent consumer demand for broadcasting services and the deep penetration of mobile devices. Together, the United States and India could spur the next wave of digital consumer innovation through this broadband-broadcast convergence over the airwaves while steering the future of the global digital economy towards the free world.

As President Trump and Prime Minister Modi engage with each over the coming months, Digital India is perhaps our best bet to find common ground with Trump’s America.