Facing Threats And Abuses Due To ‘Fake Stories’ In Media, Says IIT Faculty Who Complained Against Faiz’s Poem 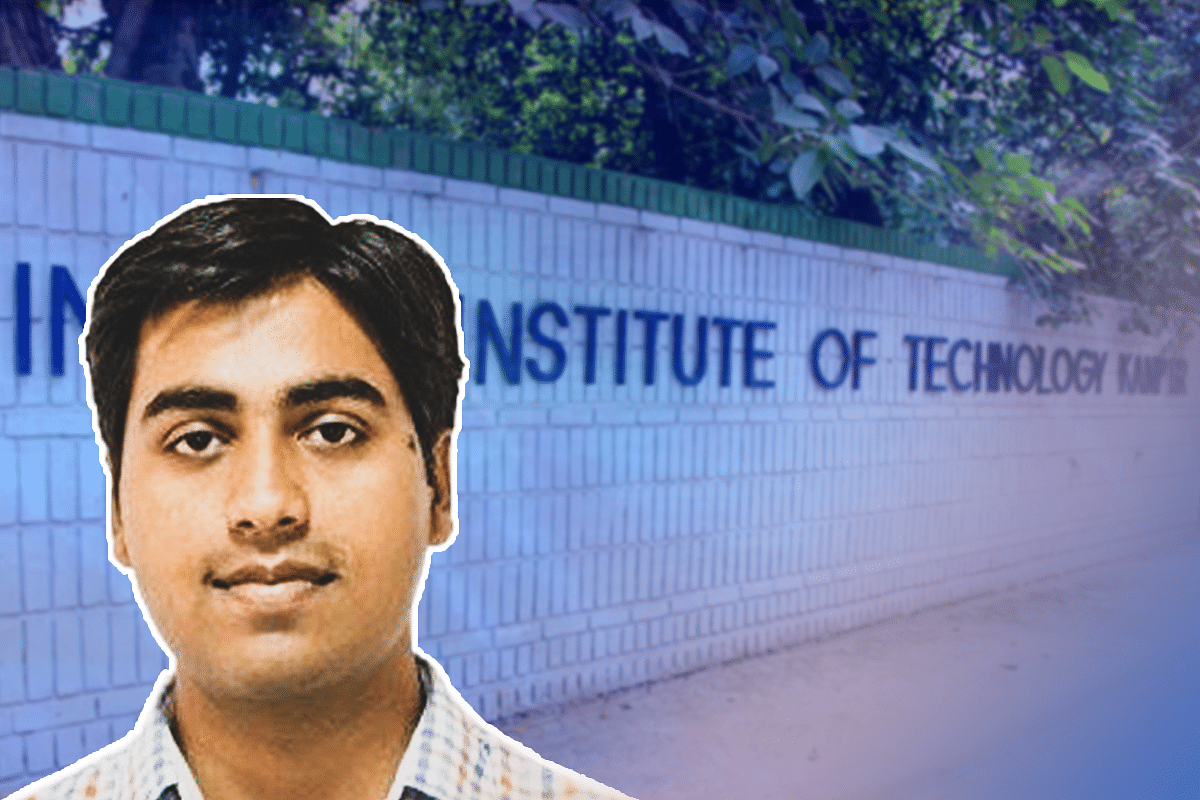 Vashi Sharma, a faculty at the prestigious Indian Institute Of Technology-Kanpur (IIT-K), has written to the institute that he is concerned for his safety as several media houses are running a “hate campaign” against him and running “fake stories” about him.

Sharma has been profiled by several publications since Swarajya published a report last month that he, along with 15 students, complained to the institute that in a 17 December event in the campus, “communal” and “anti-India” statements were made.

Sharma had objected to recitation of a poem titled ‘Hum Dekhenge’ by Pakistani poet Faiz Ahmed Faiz. Some lines in the poem, he alleged, calls for removal of all idols and only Allah’s name to remain.

“I couldn’t imagine that a lawful and peaceful complaint to you about an unlawful activity in the campus could lead to such helpless situation for me. They are running fake stories, pictures, posts about me all over (sic),” says the letter by Sharma, dated 4 January and addressed to the institute director Abhay Karandikar and deputy director Manindra Agarwal.

In the complaint, Sharma attached a screenshot from a show aired on NDTV news channel where, as per him, his face, office address and other personal details were made public.

He told Swarajya that his social media accounts are being bombarded with abuses and death threats.

When asked about the “fake stories” run on him by the media, Sharma cites several cases.

A news website, The Print, published a report on 4 January titled ‘IIT Kanpur professor at centre of Faiz row is a ‘love jihad’ critic, gau raksha proponent’. The report is co-authored by Unnati Sharma and Prashant Srivastava.

In its original version, the report had a line that Sharma condemns Dalit upliftment. Later, however, the website deleted the line from the report, regretting the “error”.

Journalist Shekhar Gupta, who is founder of the website, apologised for it.

Sharma, however, isn’t pleased. He says the report has also made other false claims about him that have not been rectified.

He says that the report’s claim that Sharma “told The Print that he objected to the students reciting ‘Hum Dekhenge’ because Faiz was a Pakistani poet” is a lie.

As proof, Sharma shared an audio recording of his interview with The Print’s reporter, Prashant Srivastava, where Sharma can be heard saying clearly that he objected to the poem because the student gathering was not authorised by the institute and he found some of the lines in the poem to be communal.

The report also says that he “has a history of writing anti-Muslim articles and tweets”.

Sharma says this “slander” puts his life at risk.

“This is slander,” says Sharma. “Nobody gives the publication the right to label me as anti-Muslim. They could have written that I have been critical of some aspects of the Muslim religion and society or they could have reproduced my writings for others to decide.”

“The publication labelled me as anti-Dalit and anti-Muslim. While they apologised for the first allegation, they have not cared to apologise for the other. They have put a target on my back,” says Sharma.

The Print article, incidentally, was used as a source to label Sharma a “certified Islamophobe” in an article published by another website, The Wire.

Sharma alleges that The Wire article calls for his family to be killed.

“A line in the article says that IIT-K might have to tonsure me. Does the writer not know that Hindu men tonsure their heads when their family member dies?” Sharma says.

Yet another publication, The Lallantop, published a report on him where the headline says that his views about Muslims are repulsive.

Sharma says, “The job of the media is to report, not to judge. They could have just published excerpts of my writings and let the readers judge. But with the slanderous headline, they have endangered my life.”

“Some of my Muslim friends had to post testomonies on social media criticising the label on me, fearing for my safety,” says Sharma.

This is one of the testimonies:

I am born in a Muslim Family , I knew @VashiMant Bhayya personally since 2013, he is my Big Brother. Indian Muslims particularly Muslim Women(Mothers) can't find better Well Wisher than him. He has a character of touching even enemy's Mothers feet. He is never anti-Muslim.

Another news website, The Quint, recently put out a video on Sharma with the title ‘IIT Kanpur row: Complainant Is A ‘Gau Rakshak’. However, the publication later changed it to ‘Hum Dekhenge’: IIT Kanpur Students March, Administration Opens Inquiry’, possibly after online backlash.

At one point, the video shows Sharma with a man in skull cap and beard (his face blurred) for a claim that “Sharma’s organisation Agniveer prides itself on... ‘ghar wapsi’ or conversion”.

Sharma says the picture has been used out of context. “The man I am standing with in the picture is a maulvi. The Quint took my picture from my Facebook account even when the post says nowhere that I converted him,” says Sharma.

Dear @TheQuint, in a video published by you, you claimed with my picture with a Moulvi as "Ghar Wapsi or conversion". This is fake news. I did not convert this Moulvi to Hinduism. I visited his mosque and had a long friendly discussion. Why are you spreading fake news? pic.twitter.com/b6MVkNCjXl

The post from which The Quint lifted the picture is dated 4 December, 2019, and its content corroborates Vashi’s claim.

The Quint video further shows two photographs of Sharma in a tribal region in Gujarat with the text “Agniveer is also involved in converting Gujarat’s Christian tribals to Hinduism”.

Sharma says that those pictures, again, have been used out of context. “We were involved in tribal welfare activities and not conversion. The Quint‘s claim is fiction,” says Sharma.

The video triggered a lot of hate comments and abuses towards Sharma. He shared the screenshots on his Twitter account.

In one of the comments, a user says, “Hyderabad me aao...gau rakshaks would be made to eat their own liver”.

Hate and threats are being given to me on video full of lies by @TheQuint.

One Ikram wants to eat my liver if I visit Hyderabad.

Another activist wants revenge from mother.