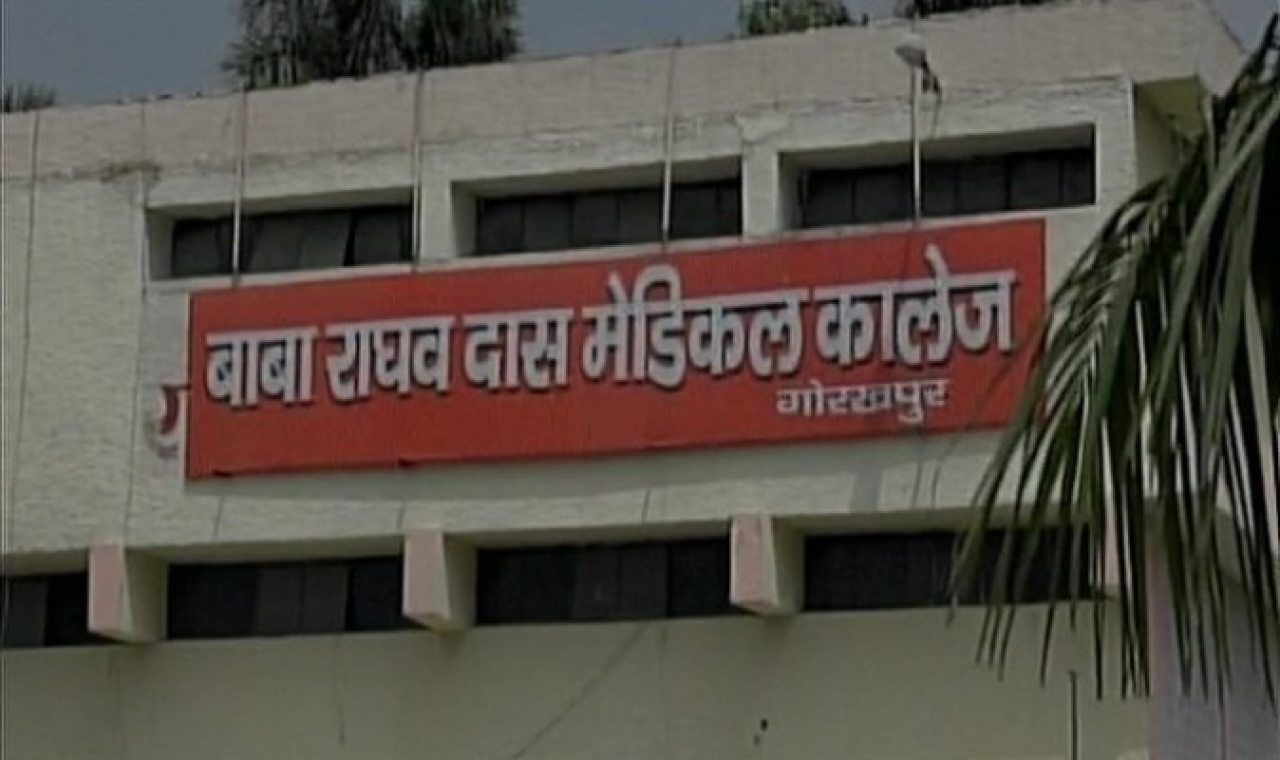 The deaths in Baba Raghav Das Medical College, Gorakhpur, due to the annually recurring Japanese Encephalitis have raised concerns. Sensing an opportunity, the opposition has started targeting Uttar Pradesh (UP) Chief Minister Yogi Adityanath, who also happens to be a five-time Member of Parliament from Gorakhpur. It is true that the number of deaths due to the outbreak until this time in the year is far less than the corresponding figures in previous years, but allegations that the children died due to a lack of oxygen have brought the efficiency of hospital administration into question.

While the UP government is maintaining that there was no lack of oxygen, media reports with photographs tell an entirely different story. In fact, contradicting their own position, the hospital and district administrations themselves have been blaming Pushpa Sales, a Lucknow-based company, for stopping the supply of liquid oxygen. The fact that the Lucknow office of Pushpa Sales was raided and that caretakers of the patients were asked to arrange Ambu bags, a last-resort resuscitation system, proves that oxygen supplies – whether or not the cause of death – were indeed hampered.

It should be noted that mortality rate in the case of Japanese Encephalitis, the prevalence of which is inordinately intense in the region, is very high, and patients can die even with continuous supply of oxygen. On the other hand, one cannot be equally sure if the deaths weren’t due to lack of oxygen as Ambu bags can only administer atmospheric oxygen, as against a dedicated supply, which provides around 95 per cent oxygen.

As a knee-jerk reaction, the hospital and district administrations have shifted the blame entirely on the easiest target – Pushpa Sales. The company, however, maintains that as per their contract, the agreed credit limit to the hospital was Rs 10 lakh with a credit period of 15 days. According to reports in the local media, the hospital owes Rs 69 lakh to the supplier, and the payments have been lingering for the last two years – ever since the hospital got its own oxygen plant installed in the campus. Long after conveying its inability to supply oxygen in the April month itself, and a series of complaints to District Magistrate (two letters from the vendor have been published in Dainik Jagran, Gorakhpur city edition) and Director General of Medical Education, the vendor in view of the alarming situation made last supply worth Rs 5 lakh on 1 August, stating clearly his inability to send further supplies. Amar Ujala, Gorakhpur edition, reports that the wife of one of the officers of the Medical College administration had been coercing the supplier for a commission to clear the dues but the supplier refused.

The contract for a secondary source of oxygen in the form of cylinders was also awarded to an Allahabad based firm instead of a local supplier, Modi Chemicals Pvt Ltd. For a slightly higher price, the Allahabad supplier was preferred without any tendering. The supplies were shown as trial supplies. However, in view of the emergency created, Modi Chemicals immediately supplied 220 cylinders without request or formal requisition. The delinquency of hospital administration is shocking because Chief Minister Adityanath, who has been working tirelessly for years for the eradication of Japanese Encephalitis, along with Minister for Medical Education Ashutosh Tandon, had chaired a two-hour meeting on the hospital’s readiness just a day ago. The duo was not informed of the shortage of oxygen.

Whatever the immediate cause of deaths, there is enough to suggest inefficiency and corruption in the Gorakhpur medical college, with a lot of questions begging for answers. Why was the oxygen plant in the college inoperative? Why were the payments to vendors being dragged on for so long? Why was the principal, Rajeev Mishra, absent without notice at a time when even the Chief Minister himself was seized of the matter? Why were supplies outsourced to distant vendors at same prices and without tendering?

Even if the number of deaths because of Japanese Encephalitis this year is less than in previous years, the tragedy offers the Yogi government a chance to sort out the rot afflicting the health and medical education departments. The sad state of affairs is not limited to one medical college or hospital; it infests the entire department and civil administration.

As I have said earlier, Yogi as an administrator is not going to be measured against his predecessors but the expectations which arise from him. With a corrupt and obdurate bureaucracy, the choice between carrot and stick has to be liberally in favour of the latter.