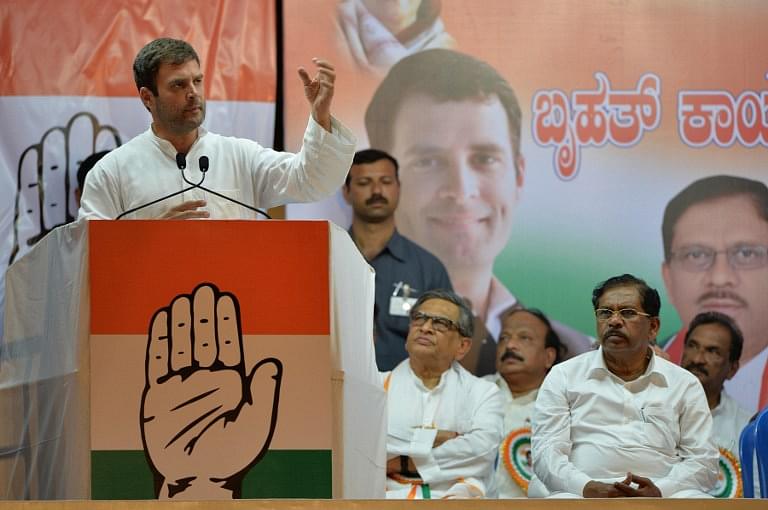 The initial version being piloted by Arun Jaitley was overly compromised in trying to cater to every state whim. Here’s why GST in its current form is better than the one proposed earlier.

With several newspapers today (4 December 2015) reporting that the NDA government is going more than half-way to get the Congress on board for passing the goods and services tax (GST) in the ongoing winter session of parliament, the chances are that we will get a reasonably good law.

GST is one instance where Congress obstructionism has actually helped the country. The initial version being piloted by Arun Jaitley was overly compromised in trying to cater to every state whim, making GST not only unviable, but counter-productive. At one stage, it seemed as if the revenue-neutral GST rate would be well above 20 percent, which would have killed growth in the dynamic services sector, which is 60 percent of the economy. Thankfully, that idea is gone.

For the most part, the Congress obstruction has helped improve the bill, though not all its interventions have been useful. For example, its previous insistence that the 18 percent GST upper limit should be carved into the constitution has, hopefully, been abandoned. Governments can commit to low and reasonable tax rates, but they must always retain the flexibility to adjust rates when the situation so demands. Just as no government has even put the upper limit on personal taxes into the constitution, the same logic applies to GST.

However, the government seems to have seen reason in trying to keep the initial GST rate at not more than 18 percent. This concession is vital or else the whole point of GST would have been lost. Service taxes, raised in this year’s budget, have already slowed down demand; another ratchet-up to 18 percent will make things worse – and result in cost-push inflation. But one can at least grin and bear the short-term shock for the long-term good of the economy. Depending on how it is implemented, the GST rate should start trending downwards after the initial years of implementation and increasing the taxpayer base.

The shape of the emerging consensus on the bill seems to be that the one percent extra tax demanded by manufacturing states will be dropped, despite mutterings from the manufacturing states of Tamil Nadu, Gujarat and Maharashtra. When Jaitley has already promised compensation for revenue losses over five years, this would have been a needless distortion of the GST whose main purpose is to reduce the number of taxes, not increase them. As things stand, GST will subsume excise, service tax, value-added tax, octroi and entry tax. Adding an inter-state tax to help manufacturing states was pointless.

There is still some friction over the creation of an independent dispute settlement mechanism, and the centre’s voting share of 33 percent in the GST Council. But both are essential. Giving the centre a veto with a 33 percent vote is important in order to avoid the implementation of bad rules pushed by narrow state interests. While this goes marginally against state autonomy, it is a price worth paying.

But autonomy is what states already have, having managed to keep a key revenue gusher like petroleum out of GST for now. That has to go at some point, but now is not the time to bring up the idea. The only fly in the ointment could be a Congress rethink on the emerging consensus. Hopefully, Rahul Gandhi will put the country above party.