He Is Not Rahul Savarkar; He Is Playing Rahul Jinnah To Keep Owaisi At Bay 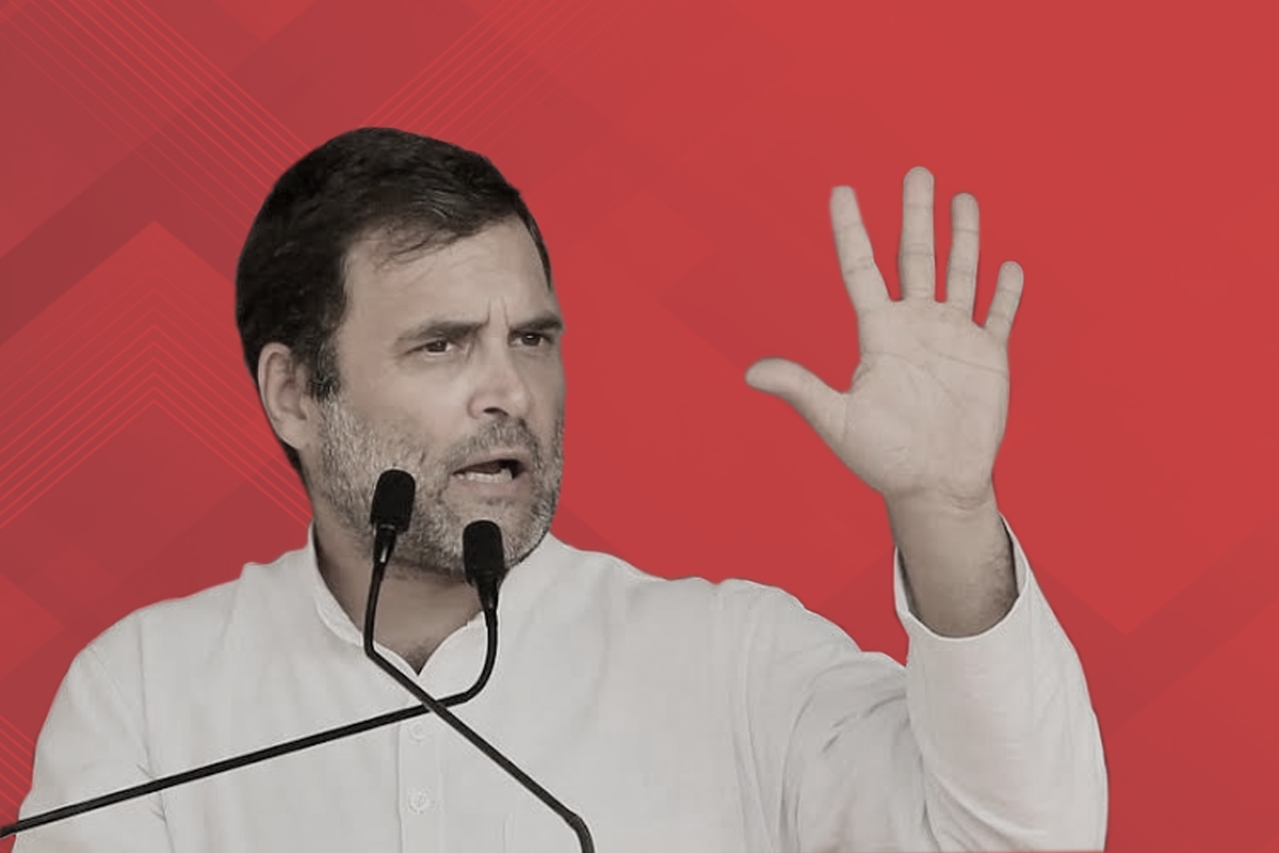 The other day, former Congress president Rahul Gandhi set the dovecotes aflutter when he grandly announced that he was Rahul Gandhi, not Rahul Savarkar. That came in response to the Bharatiya Janata Party’s (BJP’s) demand for an apology for another controversial remark, about ‘Rape in India’.

His refusal to apologise was a dig at Veer Savarkar, who sent mercy petitions to the British after years of torture in the Andaman’s Circular jail. These petitions have been used to delegitimise Savarkar as a genuine revolutionary hero of the freedom struggle.

The remark got the Shiv Sena riled up, and Sanjay Raut immediately warned Rahul Gandhi not to insult Savarkar, who enjoys cult status not only with the Sena and the BJP, but Maharashtrians in general.

The question is: why did Rahul Gandhi choose to upset his new-found coalition partner in Maharashtra when the three-party government of Sena, Nationalist Congress Party and Congress is far from stable, and the BJP would be keen to drive a wedge between them? Can one put this down to his usual ability to shoot himself in the foot by making foolish statements, or is this something which has been thought through for longer-term political advantage?

In the context of its overall 'secular' agenda, one can surmise that the Congress does not ultimately want to carry the baggage of Hindutva that the Shiv Sena brings to the table. But it is more than likely that the Congress party is struggling to regain its foothold among the minorities.

If one looks at the party’s meanderings after the stunning 2014 defeat, it has been wondering how to get at least a part of the Hindu vote that swung to the BJP in such large numbers to come back.

Soon after that defeat, stalwart A K Antony advised a course correction for the party since it was perceived to be too close to the minorities, and hence indirectly anti-Hindu.

Thus began Rahul Gandhi’s efforts to be seen as Hindu. It began with a Kedarnath trip, followed much later with temple-hopping tours ahead of the Gujarat assembly elections. His partymen began labelling him as a Shiv-bhakt, a janeu-dhari Brahmin, et al.

However, the 2019 elections proved that the Indian voter was not necessarily inclined to view him as Hindu-friendly. And this despite the fact that Narendra Modi, in his first term, did not offer much to his Hindutva followers. It was sabka saath, sabka vikas, and many Hindu constituencies were miffed that he did nothing for their multiple causes.

Post-May 2019, neither Modi nor his able second-in-command, Amit Shah, has let anyone be in any doubt about their core agenda. The abolition of Article 370 in August, followed by the Supreme Court’s Ram Mandir verdict in November, and the more recent Citizenship Amendment Act, 2019 (CAA), have ensured that Congress has no chance of regaining the core Hindu vote. Fear of loss of Hindu votes is what allowed even normally “secular” parties like the Telugu Desam, YSR Congress, All India Anna Dravida Munnetra Kazhagam, Janata Dal (U) and the Biju Janata Dal (BJD) to go along with Shah on CAA.

On the other hand, a Muslim party like All India Majlis-e-Ittehadul Muslimeen and its fiery boss, Asaduddin Owaisi, has been making serious efforts to prise the Muslim vote banks of the Congress and other secular parties. Owaisi is pitching himself as the uncompromising leader of Muslims in a post-Partition India, just as Mohammad Ali Jinnah did in the pre-Partition years. If Owaisi and other leaders like Badruddin Ajmal in Assam succeed, this will be the end of the Congress in many states. Regional parties which depend on the secularism plank also face an onslaught from the Owaisi-Jinnah brand.

Rahul Gandhi’s Savarkar jibe should be seen in this light. After being unable to prise the Hindu vote away from the BJP after trying very hard, he wants to ensure that he now does not lose the minority vote too to firebrands like Owaisi.

Yes, he is not Rahul Savarkar. He is trying to be Rahul Jinnah. He is willing to push the country towards another communal divide over CAA in an effort to keep the party’s Muslim base from looking for other options.

Given his record though, the jury is out on whether he is doomed to fall between two stools.

Advertisement
Jagannathan is Editorial Director, Swarajya. He tweets at @TheJaggi.
Get Swarajya in your inbox everyday. Subscribe here.
Tags:
601 Shares