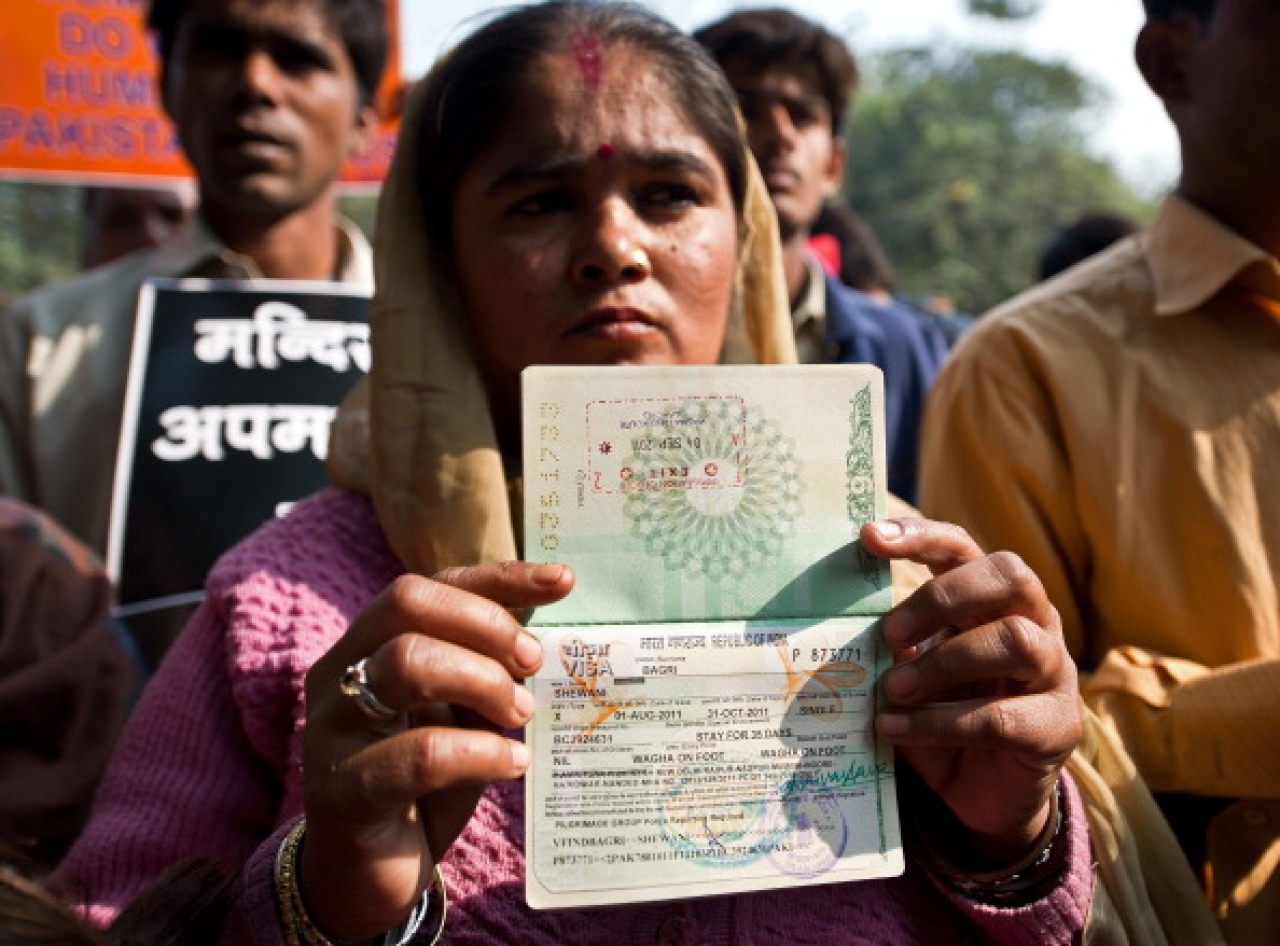 In a humanitarian gesture, the Government of India has proposed a set of amendments to the Citizenship Act. These changes would help minority immigrants from Pakistan, Bangladesh and Afghanistan to get the Indian citizenship. This has led to howls of protests from the Indian Left. Known for its vocal advocacy of the right of Muslim Rohingyas and Palestinians, this group either opposes or offers muted support to any attempts at helping Hindu, Sikh, Jain or Buddhist minorities in India’s neighbourhood. Their protests against the proposed amendments are consistent with their indifference to these minority groups, and are actually in defense of the oppressive majorities in neighbouring countries.

Even the harshest critics of the bill will admit, albeit reluctantly, that the immigrant groups helped by the proposed amendment are persecuted in their home countries. Hundreds of Hindu girls are raped, kidnapped, converted and sold off in Pakistan every year. The country’s indifference to the safety of these communities is apparent by the fact that even the supposedly moderate provincial government at Sindh couldn't implement a bill, which it had introduced in the provincial assembly, to protect minorities from forced conversions. Why? Because legislators believed that the “clauses were against the teachings of Islam and contrary to the Constitution”. Such behaviour by a government which is supposed to be moderate shows us that there is mainstream support for the persecution of helpless minorities in Pakistan.

Similar stories of the persecution of Hindus and Sikhs have been documented in the other Muslim-majority nations in the subcontinent, Bangladesh and Afghanistan (here, here and here). It is not only against the national interest but also morally reprehensible to club the persecuted groups with the perpetrators and have them compete in the same migration queue.

Many on the Left also bring up the point that India is not the religious or spiritual home of Parsis and Christians. Yet, these communities benefit from this proposed law. One has to understand that the government has probably gone the extra mile to include these two groups, given their micro-minority status, without compromising on national security or opening up the programme to abuse.

Now on to the legal aspects of the issue. Contrary to what is being claimed by the Left in their misleading op-eds, the Indian citizenship law implicitly and explicitly recognises and factors in religion.

Articles 6 and 7 of the Indian constitution enumerate what kind of migrant is eligible to become a resident, and how. Article 7 implicitly recognises the religious aspect of citizenship. Here is how the Oxford Handbook of Indian Constitution describes the nature of such recognition:

Article 7 implicitly referred to those Muslims who had fled India for Pakistan in the wake of Partition related violence, but later returned to reclaim their lives, livelihoods, and property. 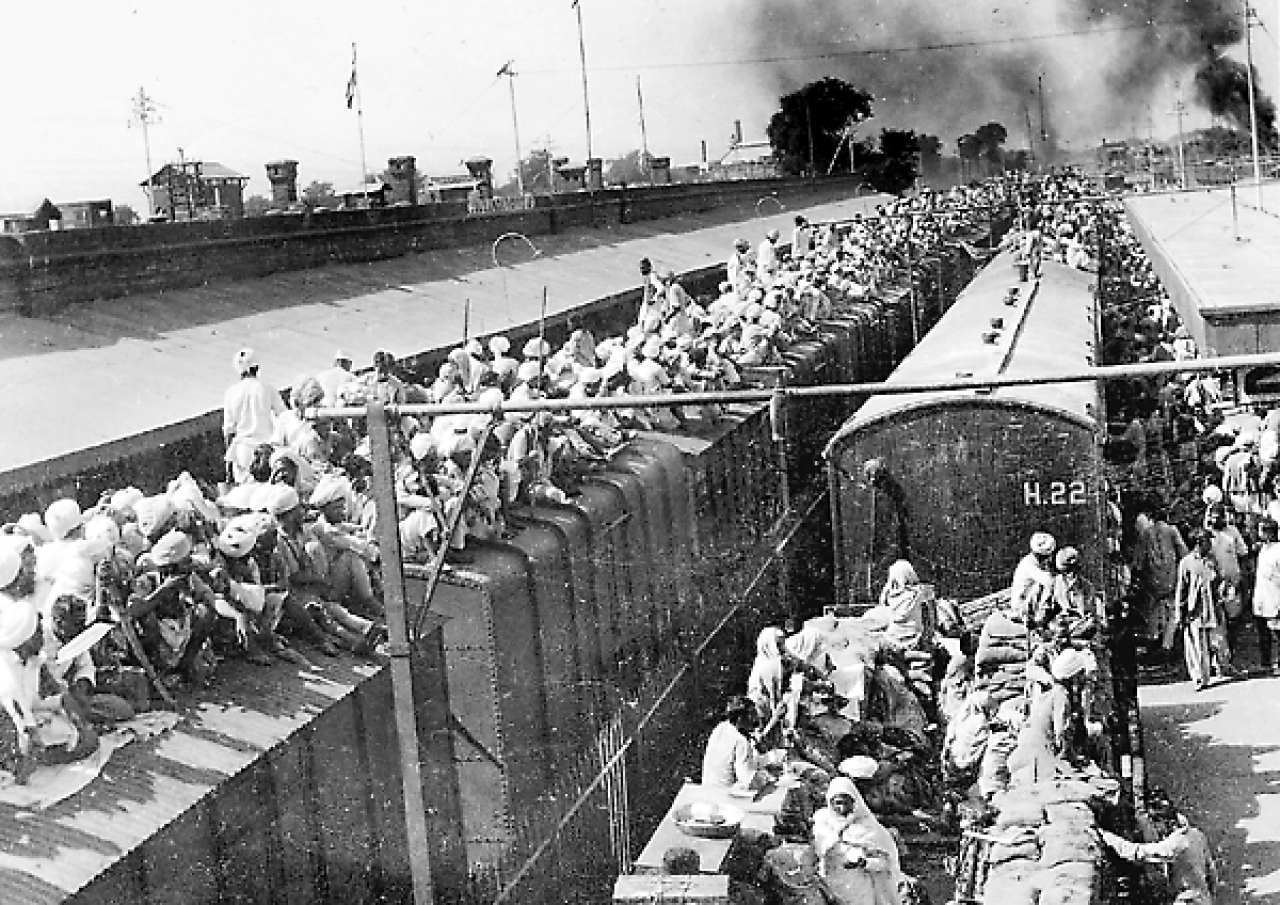 When such migrants were granted constitutional protection, lawmakers contested it intensely. One such lawmaker went so far as to call it an ‘obnoxious clause’. Others pointed out the very real possibility of Muslims re-entering from Pakistan as fifth columnists and saboteurs or spies.

The protection offered by Articles 6 and 7 is not absolute. According to Article 11,

Parliament (has) to regulate the right of citizenship by law. Nothing in the foregoing provisions (Articles 5 to 10) of this Part shall derogate from the power of Parliament to make any provision with respect to the acquisition and termination of citizenship and all other matters relating to citizenship.

Such changes did (thankfully) happen. In the 1990s, several thousand Hindus from Pakistan fled persecution and came to Gujarat and Rajasthan. To deal with this situation, the Citizenship Rules 1956 were amended in 2004 to help them obtain citizenship with explicit religious identification.

Here is what Rule 8A of the Citizenship Rules 1956 says:

In respect of minority Hindus with Pakistan citizenship who have migrated to India more than five years back with the intention of permanently settling down in India and have applied for Indian citizenship, the authority to register a person as a citizen of India … shall be the concerned Collector of the district where the applicant is normally resident.

The hysterical criticism offered by the Left comes down to the fact that the proposed amendment seeks to provide relief to minorities only (Hindu, Sikh, Jain, Buddhist, Parsi and Christian). They insist this cover must be extended to Muslims from these Muslim-majority countries. In effect, the Indian Left insists that India must adopt an open-door migrant policy with respect to Pakistan, Bangladesh and Afghanistan. To put it in their words, ‘India must open its doors to over 400 million Muslims or else the secular fabric of the country is under threat!’

Some have even argued that India has to open doors to Rohingya, Hazara, Shia, Ahmadi and other groups while others have argued that India needs to open its doors to migrants and refugees from all over the world, including millions of Syrian or Yemeni migrants. Their proposal in effect asks India to open its doors to wholesale demographic changes. Such behaviour by the Indian Left is not without historical precedent. They had, in collaboration with Islamist groups, done this once before through Illegal Migrants (Determination by Tribunal ) (IMDT) Act which allowed illegal Bangladeshi influx for decades.

The Supreme Court quashed the IMDT Act in 2005, and made these grave observations.

The influx of these illegal migrants is turning these districts into a Muslim majority region. It will then only be a matter of time when a demand for their merger with Bangladesh may be made. The rapid growth of international Islamic fundamentalism may provide for [sic] driving force for this demand.

So, any sensible discussion on this important issue has to recognise that India has limited resources. Sound policy must recognise and prioritise those who we can help by assessing the risks of assimilation and sectarian and separatist groupings, and the religious, cultural and spiritual links to India. Focusing resources on smaller low-risk groups with deep cultural, religious and spiritual links to Hindustan is sensible and sound policy. It is also the only kind of refugee policy which does not compromise on our national security interests.

Get Swarajya in your inbox everyday. Subscribe here.
Tags:
417 Shares