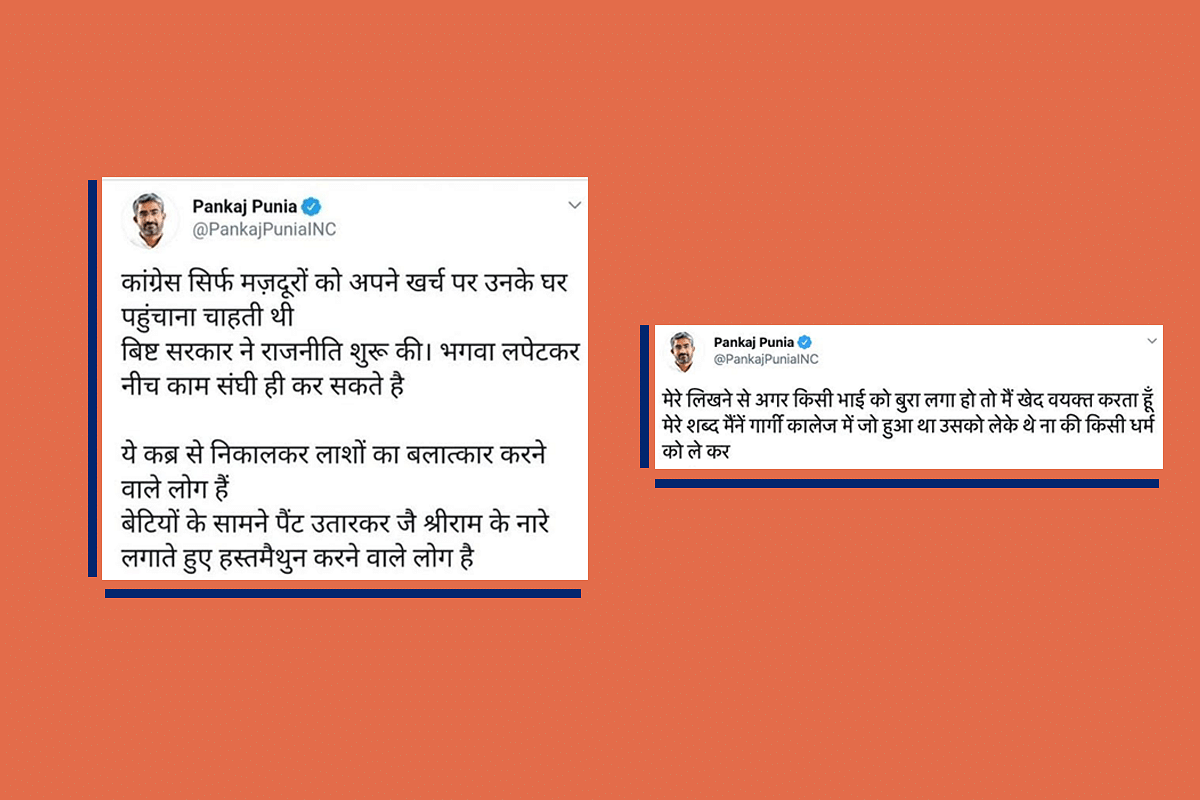 On 6 February, which was the third day of the annual fest of Delhi University’s all-women Gargi College, a crowd of outsiders jumped the walls and entered the premises.

Several publications reported the incident, and carried anonymous accounts of students recounting cases of sexual harassment by that crowd.

Here’s a brief recap of the case so far (we are using Hindustan Times reports as the newspaper tracked the case for long):

The reports above show that police probe found the Gargi College case to be a case of mass trespassing. No student gave a complaint to the college or her statement to the police. In their probe, the police have found no evidence of sexual harassment – that’s what we know so far.

See this. For all their sloganeering & activism, NO Gargi college student has given any complaint about molestation to police even after so many days.
All accused arrested for trespassing. Tales of "molesters" holding bhagwa flags and chanting Jai Shri Ram were all lies https://t.co/FboN27A5JA

During the course of investigation in February, this correspondent asked DCP Atul Thakur if any CCTV footage showed saffron flags. The top cop said, “so far, the CCTV footage have not shown any of the accused holding bhagwa flags, or any kind of flags”.

He also said that investigations so far have not revealed that the accused were affiliated to any political party. “They all are either college students or their friends,” he said.

On social media, however, the Gargi College case has an entirely different narrative – one that is based on a wholly unverified and now deleted Instagram post, started and spread by an anonymous hate-spewing account, and amplified by some influential handles.

Before we deconstruct how such bizarre claims turned into a widely circulated narrative, readers must know that a Congress leader Pankaj Punia was arrested yesterday for a communal tweet that he later said was based on the Gargi case (that is, the wholly unverified version of the Gargi case).

When the hate tweet created an outrage, Punia brazened it out saying his post had referred to the Gargi College incident.

Punia now has multiple FIRs filed against him, including one by Ajay Singh Thakur, a student leader at Aligarh Muslim University, for hurting religious sentiments and public mischief.

So, this is how the fake narrative around Gargi case played out:

Here are some media reports based on the tweet, published without any fact-check or verification:

And thus, a story was concocted out of nothing but an anonymous Instagram post that now stands deleted. In the world of social media where speed, and not the truth, is currency, the story has been spread far and wide, helped by influential handles including advocate Prashant Bhushan, radio jockey Sayema, communist leader Kavita Krishnan and official handle of JNU students’ union.

Unlike in several other cases, the police did not put out a public statement commenting on the communal allegations after its probe.

Punia’s tweets suggest that a public statement by the police is due.