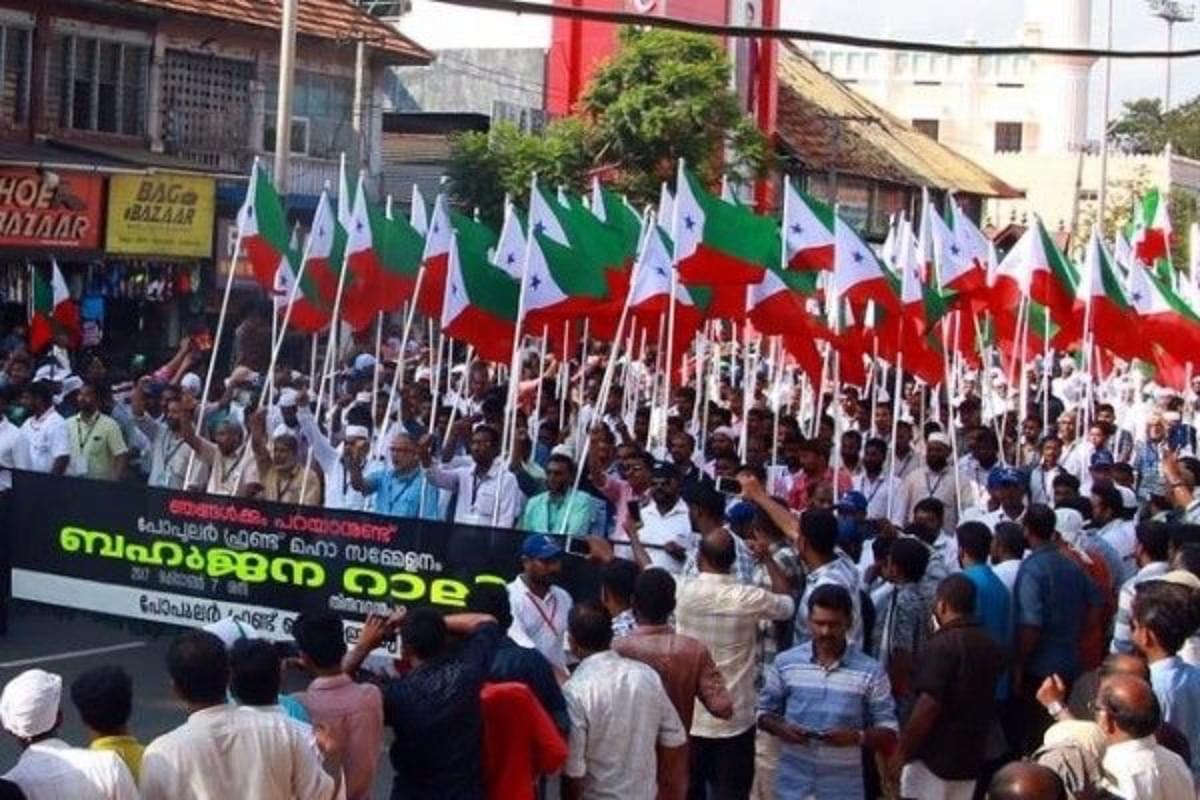 Kochi, May 28 (PTI) The father of the minor boy, who had courted controversy by allegedly raising provocative slogans during a recent march organised by the Popular Front of India (PFI) in Kerala's Alappuzha, was taken into custody from his house in Palluruthy here on Saturday, police said.

The family, including the boy, was reportedly away from the house ever since a purported video, in which the child could be seen sitting on the shoulder of a person and raising offensive slogans during the 'Save the Republic' rally held by the PFI on May 21, went viral on social media platforms prompting police to register a case.

A police officer told PTI that the father was taken into custody and would travel to nearby Alappuzha soon for detailed interrogation. Further procedures would be decided later.

However, justifying his son's action, the man said the controversial slogan was not taught by anyone but the boy had learnt it while attending similar programmes before.

He said it was not for the first time that his son was raising such a slogan in a programme and many such instances of him raising similar slogans could be seen on YouTube.

'We used to take part in the PFI's programmes. He had learnt the slogan when he attended a protest programme against the implementation of the Citizenship Amendment Act (CAA). I don't understand why it has become a controversy now. What offence did he commit to harass a little boy like this?' he told media before taken into custody.

So far, 20 persons have been arrested and remanded in the case and more people were being taken into custody for questioning from various places, he said.

According to police sources, the boy would be sent for counselling at a government centre soon.

Meanwhile, PFI activists staged a protest in Palluruthy against the police custody of the boy's father.

Erattuepetta resident Anas, who carried the minor boy on his shoulders, was the first person to be arrested in the case.

In the FIR filed based on a complaint by Vijayakumar P K, police invoked various sections of the Indian Penal Code and the Kerala Police Act and arraigned PFI Alappuzha district secretary Mujeeb and Navas as accused along with other identifiable people.

Sections 153A (promoting enmity between different groups on grounds of religion), 295A (deliberate and malicious acts, intended to outrage religious feelings of any class), 505(1)(b) (act against the public tranquility), 505(1)(c), 505(2) and 506 (criminal intimidation) of the IPC and Section 120(o) of KP Act are included in the FIR.