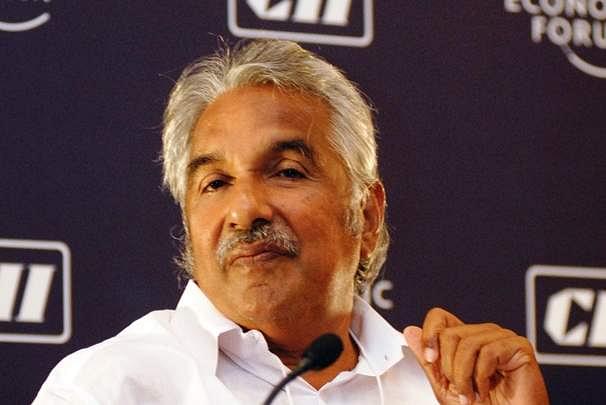 In a battle of wits between all major parties, and even within them, the Congress is staying in power in Kerala by cleverly maligning its allies.

On 21 August, Chief Minister of Kerala Oommen Chandy announced, after long persuasion from KPCC President V.M. Sudheeran, that the state would implement prohibition in a phased manner. The decision was supported by the Indian Union Muslim League (IUML) and Kerala Congress.

The government did not renew bar licences on 31 March, resulting in closure of 418 bars. It also declared its intention of not renewing licenses of the remaining 313 bars in the state next year. The state-owned Kerala State Beverages Corporation (Bevco) has 338 shops in Kerala. Bevco will shut down 10% of them every year. Consumerfed, which has 46 shops, will also be closed. Starting 1 April 2015, liquor will be available only in 5-star hotels in the state. Toddy, which has alcohol content of less than around 10%, will continue to be legally sold. All Sundays will be observed as dry days.

But early this month, the state’s Finance Minister K.M. Mani was accused of demanding Rs 5 crore as bribe for renewing licences to bars. Close on the heels of an investigation ordered into the affair, the state Works department secretary and senior IAS offcier T.O. Sooraj has been suspended after the state vigilance office conducted raids on his premises and found wealth disproportionate to his known sources of income.

When Kerala Bar Owners’ Association working president Biju Ramesh alleged openly that the minister had received an advance amount of Rs 1 crore from the bar owners at his residence, state Chief Whip and Kerala Congress leader P.C. George quickly retorted. George said the bar owners could not have the guts to come out against the state finance minister unless they enjoyed patronage of none less than the chief minister. George has since retracted the statement, but the political damage it caused cannot be undone.

Sooraj has been a controversial official since the time he was conferred the status of an IAS officer after serving as a deputy collector for some years. There were several grave allegations of corruption against him. Some Hindu organisations had accused him of involvement in the murder of nine Hindu fishermen on Marad beach in Kozhikode when he was the district magistrate there.

In the present Kerala Assembly, the ruling UDF has 75 seats while the opposition LDF has 65. Sooraj—alias Siraj Khan—has long been the blue-eyed boy of the IUML that incidentally is the single largest coalition partner of the Congress in the state UDF dispensation with five ministers from its fold. Kerala Congress (Mani) is the second largest alliance partner with nine legislators. Desertion by the two allies would lead to a certain fall of the government. Speculation is therefore rife among political observers that Chief Minister Chandy along with Home Minister Ramesh Chennithala hatched a plot to malign the alliance partners.

The allies seemed to be waiting for an opportune moment to jump fences into the opposition LDF camp. Mani has been nursed by the CPI(M) for long; the communists have been sending him feelers with the lure that he would be made Chief Minister if he crossed over. The IUML was quick to note that the party could also have a major say in governance if it allied with the Left. It appears that the chief minister and home minister hatched this plot to prop up Biju Ramesh to project Mani and Sooraj as corrupt politicians so that communists find it difficult to embrace the duo in the LDF fold.

The state Congress unit’s own house is not in order. It is reeling under group rivalry with Pradesh Congress Committee president V.M. Sudheeran, an old war horse and rebel, taking on the might of the chief minister and the home minister. The PCC president has been taking positions antagonistic to those taken by both Chandy and Chennithala on various issues of public interest. The closure of private bars in the state has been a fallout of this rivalry, with Sudheeran on one side and Chandy and Ramesh on the other.

While these two leaders united against Sudheeran, they feared Mani might jump the fence once the Left Front leadership initiated talks with the veteran Kerala Congress (M) leader, even offering him the post of chief minister. Congress leaders like Chandy and Chennithala know, given that the majority of the ruling front in Vidhan Sabha is wafer-thin, Mani may be lured out, more so as the 80-year-old knows there is not much future for him in the present coalition government; he would certainly not be made chief minister if he stayed in the UDF.

This ploy has worked. Immediately after the allegation surfaced, the state government ordered a vigilance inquiry and Biju Ramesh and other bar owners readily testified that Mani had taken bribes from them. The local media and people of the state by and large believe Mani has something to hide. A shrewd politician, Mani knows if he were to cross over to the LDF now, the people would view him as a ‘traitor’ of the government who tried to escape law by being instrumental in the UDF’s fall. Pressed by the circumstances created by Chandy and Chennithala’s politics, the CPM and the rest of LDF have been forced to demand the resignation of a ‘corrupt’ Mani. The opposition has been left with no choice other than to lead an agitation against Mani.

In the meantime, vigilance raids conducted in the official and residential premises of Sooraj have resulted in unearthing of wealth far exceeding his known sources of income. Sooraj has been serving as the PWD Secretary under Muslim League leader VK Ebrahimkunju who is the Minister for Public Works in the state.

The Muslim League leadership has been cautious in its response. State Industries Minister PK Kunhalikutty, one of the pillars of the IUML, said that the law would take its own course and the party wouldn’t have anything against the vigilance inquiry. However, sources close to Kunhalikutty and Ebrahimkunju are of the opinion that the vigilance raids conducted against the PWD secretary were indeed conducted with full knowledge of both the chief minister and the home minister.

No doubt, Sooraj has been a shady character and a corrupt officer. But the timing of the raids is significant. It seems a warning to both Mani and the Muslim League that the Congress is the boss in the coalition and that the party can act at will to tarnish the goodwill of the alliance partners in public if they try anything funny.

The CPI(M), which had expelled its firebrand leader M.V. Raghavan in 1986 following his thesis of an open alliance with the Kerala Congress factions and Muslim League, is now finding wisdom in the argument. The coming party congress will bring about a sea change in the programmes and policies of the CPI(M). The two coalition partners are very powerful in their respective fiefdoms—Malappuram and adjoining areas and districts for the Muslim League, and Kottayam and adjoining districts for Kerala Congress (Mani). But the Congress has emerged winner in this battle of wits.

Arun Lakshman is a senior journalist based in Thiruvananthapuram
Get Swarajya in your inbox everyday. Subscribe here.
Tags: