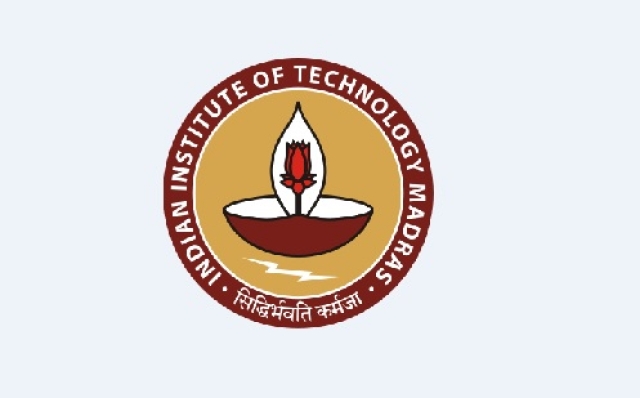 The IITM controversy is a Left conspiracy to suppress freedom of speech and foment caste divide on the campus.

IITM, my alma mater, has been in the news for all the wrong reasons for quite some time now. Of course, all that news may really not be accurate given the modus operandi of Indian media.

The latest ‘controversy’ is yet another instance of inaccurate reporting. While enough has been written – both truth and lies – on the controversy already, a few balanced and well presented posts, incorporating all the facts of the case, can be read here, here and here. The intent of this article is not to repeat the facts but to question the narrative of ‘suppression of freedom of speech by IITM’, spread by the usual suspects.

Let me go back to the early days of 2008. EML – the Extra Mural Lecture series of IITM is a well-known effort by the students to get renowned people on campus to share their thoughts. Achievers of all shades and from all spheres are invited – from Arun Shourie, T.N. Seshan to Teesta Setalvad and Rajdeep Sardesai more recently. Yet, the series is usually dubbed to have an ‘RSS ka haath’ on its ‘peeche’.

It was in February 2008 that Prof P.V. Indiresan, the renowned public intellectual and an ex-IIT Director, was invited for a lecture under the banner of EML. The mere announcement was enough to spark off what can be called an ugly string of threats and hate mails from those who disliked Prof Indiresan. Not surprisingly [will discuss later why it is least/ not surprising], most part of the hate flowed from a few professors of the same institute where Prof Indiresan grew to towering heights.

And the basis of questioning the lecture was as illogical as it could be. Sample this, an e-mail sent out to the entire IIT Madras community by a senior professor:

At the outset I appreciate the EML Team for their efforts to bring experts to the campus for lectures on their fields of specialisation. It will be immensely beneficial to the all (students and faculty) in the campus.

However, in the present series of four EML lectures, I have objections to the lecture on, ‘How can we combine economic growth with social justice’, by Prof P.V. Indiresan, Former Director of IITM which has been scheduled for 8th February, 2008, for the following REASONS:

1. This is a political talk and also sub judice. He is exploiting favourable majority composition of the campus community to propagate his views against the GOVT. policy on the social justice, at  the expense of govt. institution (air fare, local hospitality etc.). I suggest his friends, having similar views against social justice as that of Prof.Indiresan, to arrange a public meeting in Chennai or elsewhere to propagate his ideals.

2. Prof.Indiresan is not an ECONOMIST to speak on this topic. His field of specialisation was ELECTRONICS. It is more appropriate for him to speak on, ‘Electronics  – its Recent  Advances and Applications’. I will be happy to attend such a lecture by our former director.

3. Alternately he can be asked to give a lecture on, ‘His Experience/ experiments with Centre for Rural Development during his tenure at IITM’. Such a talk will be useful for campus community. This is because we, the human beings, learn from the mistakes/ misdeeds/ commissions and omissions of our seniors and by ourselves.

4. My main objection for his lecture on the proposed topic is this. He is a PETITIONER before the SUPREME COURT, questioning the recent decision of the INDIAN PARLIAMENT on an issue relating to social justice. He has blocked the benefits reaching concerned section of the society, temporarily. It is sub judice, unethical on the part of the Institute Authorities and against the Central Govt. to allow him to talk on the proposed topic.

5. During his tenure at this Institute, he spoke against the social justice in one CONVOCATION address, in the presence of the chief guest, former President, Mr. Zail Singh. I am afraid much harm is going to be done to the academic environment of the campus this time, if he is allowed to speak as announced.

6. My request to the EML Team is either to ask him to speak on one of the two topics mentioned above by me (ELECTRONIC or CRD) or to cancel his lecture.

This was a well-coordinated attempt (by a few radically left-leaning elements on campus ) to throttle the freedom of speech of those not on the Left of the ideological spectrum. While this very group has been the sole claimant of voicing dissent for social justice, freedom of speech and other fashionable ideas, they are also the sole entity for destroying the same ideals when it comes to the rights of people of opposing ideas.

The above mail, a sober one when compared to the normal hate campaigns by the group, made allegations on Prof Indiresan without a shred of evidence being provided.

What followed all this is a different story altogether but it was ensured that the event did happen and happen quite successfully.

When this and several similar incidents are held in comparison to yesterday’s national outrage on a simple notice issued to the Ambedkar-Periyar Study Circle, one gets to understand how deep the nexus of castiest groups on campus, political elements on-off campus and media is.

Taking Swami Vivekananda’s name instantly makes you an RSS ideologue while if you are a card-carrying member of the Left, you are seen as a politically neutral fellow. It is therefore no surprise that an institute with several active members of radical left parties masquerading as professors, especially in the department of Humanities and Social Sciences, get into news for wrong reasons.

It was the same bunch of people who organized a seminar to claim that the Right To Education Act was “one of the most progressive moves by the Indian government”. It is also this group that goes around issuing fatwas against participating in the campus recruitment process of a certain multi-national company which it perceives to be against its idea of social justice, and empathizes with the anti-Kudankulam project protests.

It is also the same group that is now running a vicious campaign against what it calls Sanskrit-Hindi “imposition” in the campus. And yet, Smriti Irani is a fascist who muzzles freedom of expression; Modi is a manuvadi Brahmin ideologue who furthers caste divide in society [especially around the Gajendra Circle]; IITM management is subservient to RSS, and what not.

But, there is hope still. Just like the incident of Prof Indiresan’s lecture showed how this rabid hater group can be cornered logically and factually, yesterday’s incident has also seen many students and professors coming out boldly and countering the fabricated outrage. The media, though, are too shameless to retract their intentional false reports. But at least this will now go a long way in ensuring the political, castiest elements like the Ambedkar-Periyar Study Circle are kept under check.