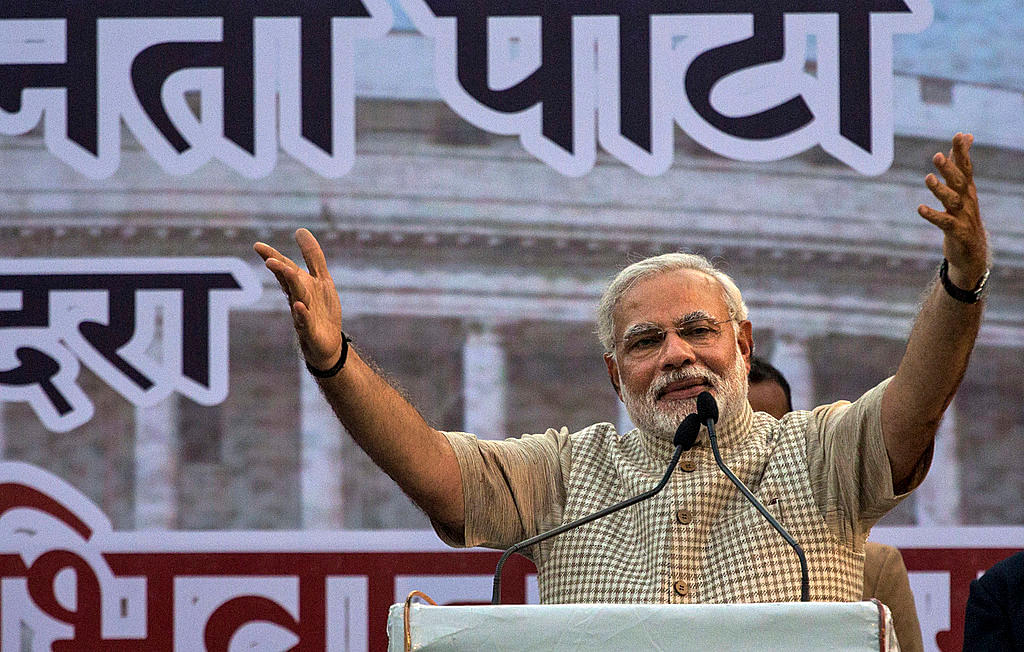 The Modi wave of 2019 is something that will be talked about for years to come. It stumped most election watchers who stubbornly denied its existence till the very end. The final numbers showed that the wave was even bigger, and more widespread than the 2014 election, which had thus far been dismissed as a “black swan” event.

As various groups huddle to process the verdict, the most pressing questions are: How did so many miss the wave? What were key issues this election? What were the voters thinking when they made their choice?

The answer to the first question is fairly straightforward. Many didn’t see the wave because they didn’t want to. They cherry picked data that aligned with their biases or wishes, and discarded others. For instance an ABP Neilson pollster was on record saying that he believed the respondents “over claimed” their support for the BJP, hence the responses were recalibrated. This was a classic case where data was manipulated to fit a pre-determined hypothesis. Not surprisingly, they were completely off the mark.

Similarly, the editor of The Print, Shekar Gupta, admitted post facto that the government schemes had a real impact on the ground. The journalists & commentariat chose not to see it or “compulsively denied it”. It was not possible to have an honest analysis with dishonest data. Of course there were some honourable exceptions such as the economist, Surjit Bhalla, and Pradip Bhandari of Jann ki Baat.

Coming to the second question about key election issues, there were many narratives that the opposition parties tried to put forth. They spoke of the hardships faced due to demonetization and GST, raised the bogey of rising intolerance in the country, and lamented about massive rural distress and farm crisis. They bet on the belief that UP will vote along caste lines and the poor of India will fall for freebies. Most significantly, they believed that the scion of a Dynasty mired in corruption charges could turn around smear the Prime Minister with his glib “chowkidar chor hai” charge. Each narrative and every prediction bombed. In the end, it was Modi who set the narrative and made it a presidential style election. The debate became: Are you with or against Modi? If not Modi, who is the alternative?

That brings us to the third and most critical question: what was the voter voting for? What was he or she thinking? This is a difficult one to answer, especially for someone who is not a political expert of any sort. I gauged from being on the ground that people’s responses were based on intuitive reasoning rather than step-by-step rationalization. This made it difficult to pin down and measure things. When confronted with such situations, my default mode is to go back to the basics of my profession as a therapist.

I looked at the ‘‘big four’’ model by Hubble et al. (1999), to see if it could provide a loose framework to structure my own understanding of what had just happened. The model, which expanded on the work done by Lambert (1999), identifies four key factors that make a difference to therapeutic outcomes, in apparent proportions.

If this model were roughly transposed onto the political scenario, there would be four aspects to consider.

Firstly, we would need to understand the environment and context of the voter, which would need to factor in the economic circumstances of the person, views on internal security, social and cultural attitudes and so on. Thus the voter’s views on the Pulwama counter strikes, the Ram temple, their place in the country’s social hierarchy, religious identity etc. would need to be considered. These factors varied greatly across the country making it difficult to come to definitive conclusions.

Secondly, we would need to look at the rapport and trust between the voters and candidates. A personal connect with the voters and trust is something that Modi has enjoyed for a long time. There may be many reasons for this but the impact of this is undeniable. For instance, the demonetization exercise demonstrated how the general population was willing to undergo great hardship because they trusted the intent of their leader. Similarly, when the opposition raised questions of corruption in the Rafale deal, the voters did not blink. They believe that Modi is incorruptible. This kind of personal trust is absent when it comes to alternatives like Rahul Gandhi and other leaders.

Thirdly, we would have to consider the voter’s hope for the future. Did the common man believe that under Modi he and his children would have a better life? Did he believe that there would be employment and growth opportunities? Did he feel that Modi would protect India and its way of life? Most importantly, in times of crisis would Modi place the nation above all other interests? For most people we interacted, the answer was yes. In contrast, the campaign of the opponents consistently focused only on negativity. There was no vision for the future and no message of hope.

Finally, we would need to look at the “techniques” or the actual delivery mechanism. The Modi government launched many schemes, which have reached the end beneficiaries. Experts admit now that schemes like LPG connections, electricity, toilets, affordable housing and bank accounts have brought about qualitative change in people’s lives.

Looking at the four factors, one can conclude that trust in the Prime Minister, hope for the future and success in the last-mile-delivery of his schemes worked in Modi’s favour. Other factors, like the building of the Ram Mandir, the Kashmir issue, the Citizenship Amendment Bill etc., are region-specific and perhaps did not play a significant part in the overall picture.

This exercise helped me understand the overwhelming election outcome in a more structured way. It allowed me to wade through a maze of fuzzy views and conflicting opinions. I am sure you may have a completely different perspective on this matter; I hope to hear your views too.