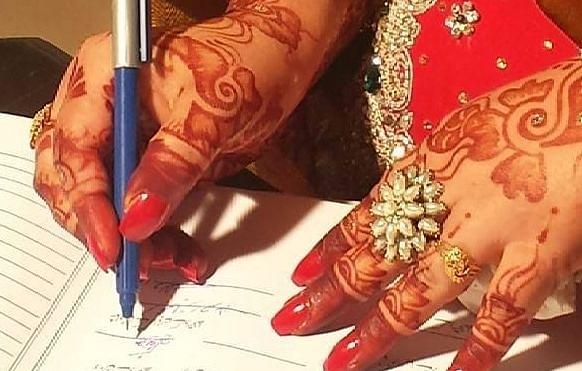 Yet another case of kidnapping of a minor Hindu girl by a Muslim man has come to light, this time from West Bengal. The girl was rescued two days before Diwali by a joint operation of Bengal police and Gujarat police, after intervention by the National Commission for Protection of Child Rights (NCPCR) aka child commission.

The girl, 14, is a resident of Jibantala village in south 24 Parganas district in West Bengal. After she went missing on 6 October, a first information report (FIR) was registered the next day at Jibantala police station (number 456/2020) under IPC sections 363 (kidnapping) and 366A (procuration of minor girl).

The case was taken up by a New Delhi-based organisation called Mission Mukti Foundation, which then sought the intervention of NCPCR.

After pressure by the child commission, the girl was traced to Jetpur city in district Rajkot of Gujarat. She was eventually rescued on 12 November in a joint operation by Anti-Human Trafficking Unit (AHTU) of West Bengal and Rajkot police.

The kidnapper, 28-year-old Sohidul Rehman, has been arrested while the girl was produced before the child welfare committee (CWC) on 13 November, a day before Diwali. An official from NCPCR, without wishing to be named, told this correspondent that the girl expressed a wish to return to her parents in Bengal.

The official shared more information about the case: Rehman would talk to the girl’s aunt (mausi) over the phone. One day, the girl picked up the phone instead of the aunt. Rehman talked to her, and told her the specific time he would be calling her next. The two began to talk regularly. Some weeks ago, Rehman proposed nikah to her.

“Rehman got in touch with her about two months ago,” the official said.

He added that the girl, during conversion with a counsellor, revealed that Rehman had nikah with her. “The police should probe the nikah angle too,” the official said.

The girl’s father told this correspondent over the phone that she is a student of Class 7. He said that he is a daily wager and the family is quite poor. This correspondent could not talk to him further due to bad network.

NCPCR chairman Priyank Kanoongo told this correspondent that the commission has noticed yet again that the police failed to invoke POCSO (Protection of Children from Sexual Offences) in the FIR despite the family mentioning Rehman as the prime suspect.

“Awareness on POCSO laws among police, particularly Bengal police, is low, or maybe cops do it intentionally. But they continue to treat cases of kidnappings of minor girls as elopements and don’t take the cases as seriously as they should,” said Kanoongo.

“Minor girls are kidnapped; they don’t elope. It’s high time the police learn about it. If the family has mentioned a person’s name as a suspected kidnapper and expressed a possibility that he might sexually assault her, then the police must invoke POCSO in the FIR,” he said.

Read Kanoongo’s posts on Twitter about the rescue operation here:

A Girl child has been rescued by #Gujrat_Police tonight, She was #Trafficked from #WestBengal,@NCPCR_ issued directions for the same On the report of mission mukti foundation.
More details are awaited,will keep posting. pic.twitter.com/BVeb8d826e

This is a developing story. More information will be added later.