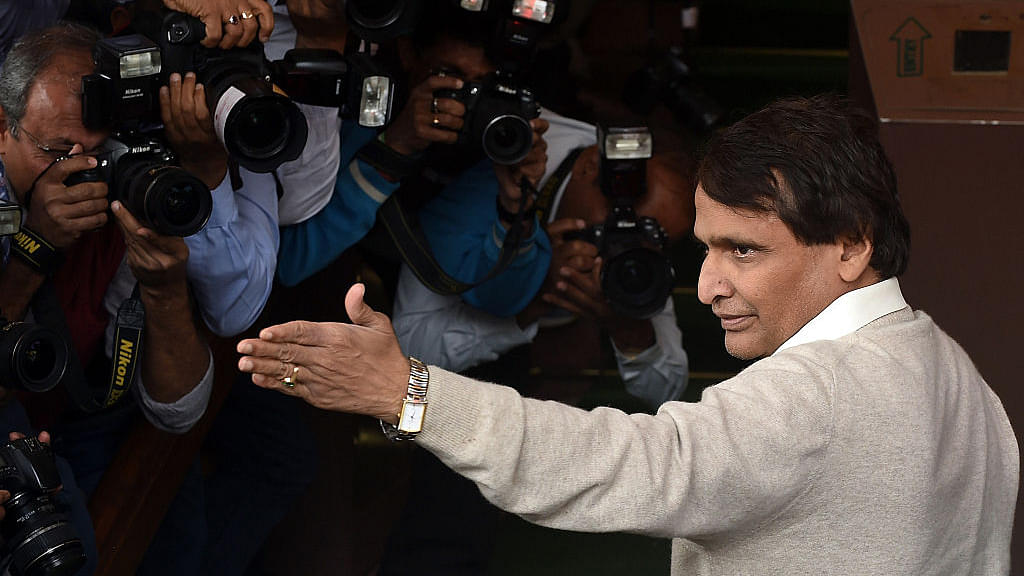 A first look at Suresh Prabhu’s 2016-17 Railway Budget suggests that despite some slippages on financial performance due to a sluggish economy, the organisation is on the road to recovery and redirection. It is not quite there in terms of the four objectives Prabhu set out for himself last year – boost investment significantly, improve safety, enhance user experience, and ensure economic sustainability – but the direction is the right one, and the journey has begun in earnest.

The rail budget presented today (25 February) has all the finger-prints of Narendra Modi himself, with the sheer number of alliterative initiatives being a dead giveaway. Prabhu, for example, talked of Nav Arjan, Nav Manak and Nav Rachna – meaning new revenues, new norms, and new structures. Modi surely must have had a hand in this formulation, with supportive evidence coming from his sanguine expression throughout the speech.

The most important headline in tomorrow’s newspapers will be that there is no fare or freight hike, but this may not matter much since it is always possible to make these hikes later, outside the railway budget – as was done in the last two years. However, freight hikes are unlikely to be resorted to, since the objective is to raise the railways’ share of freight traffic.

The key financial slippage is in freight, where last year’s budget target has been missed by a mile – by Rs 15,744 crore, to be precise – due to a weak core sector. But with expenses falling due to savings on fuel and energy, the surpluses (excess of receipts over expenses) were a reasonable Rs 11,402 crore. But some sleight of hand is visible even here, in the reductions of Rs 400 crore in pension fund contributions and Rs 2,400 crore in depreciation.

The second major slippage is the drop in the operating ratio – a measure of profitability – from the targeted 88.5 percent to around 90 percent. But next year will be worse (92 percent), thanks largely to the payout on the seventh pay commission. If Prabhu misses again next time and slips beyond 92 percent on the operating ratio, it would be a bad signal on the viability of the railway system.

However, Prabhu has come up trumps on his investment targets, with the play outlay of Rs 1,00,011 crore set to be hit – almost bulls-eye. Since Prabhu’s railways have to generate both growth momentum and jobs, this is good news.

For next year (2016-17), he has promised a capital budget of Rs 1,21,000 crore. While this is good, it is not good enough to realise the investment target of Rs 8,50,000 crore by 2019-20. The resources and spending will have to be augmented dramatically to hit that kind of target – nearly Rs 2,00,000 crore every year for the next three years. A tall order, possible only if the economy starts growing faster.

Prabhu’s rail budget looks better from the front windshield than the rear-view mirror. The following are key shifts in emphasis worth noting, though some were announced earlier:

One, there is a shift from mere announcements of new lines and projects in favour of execution. This is very important from the view of improving railway finances, since yields tend to be higher in routes where freight demand already exists, rather than in new, uneconomic routes. For example, in 2015-16, the rate of laying broad gauge lines has risen from 4.3 km a day to 7 km; the idea is to raise this to 13 km a day by 2017-18, and further to 19 km a day the year after – the year of the next general election. If Nitin Gadkari also pushes up his rate of laying new highways to 20-30 km by then, employment generation will start booming. Prabhu said his plans will create nine crore mandays and 14 crore mandays of work in these two years. Another important thrust area is electrification – which improves the railways’ pulling capacity at lower costs and less environmental impact. Both augur well for railway finances and the economy. Pandering to populist demands for new lines has almost ended.

Two, like Vajpayee’s Golden Quadrilateral highways project, Narendra Modi is trying to do a Diamond Quadrilateral in railways. Apart from the existing proposed freight corridors (Delhi to Mumbai), and Delhi to Kharagpur (near Kolkata), north-south (Delhi-Chennai), east-west (Kharagpur-Mumbai) and east coast (Kharagpur-Vijayawada) corridors are in the works. They won’t happen in a hurry, but a start will be made during Modi’s five-year tenure. They will be completed only if he gets a second.

The only leg missing in the quadrilateral is the west coast freight corridor, where the western ghats provide a formidable challenge, as was seen during the laying of the Konkan Railway. The key challenge is funding, especially since Prabhu wants states and private investors to chip in with some finances. Right now the easy money is coming from the Life Insurance Corporation, which has promised Rs 1,50,000 crore over five years.

Three, an important shift promised is zero-base budgeting. This is a major announcement, which means that projects and costs will be repeatedly evaluated every year (or more frequently) to ensure that they continue to make economic sense. In the past, bad projects were persisted with merely because so much time and effort had been invested in them; now, the attempt will be to cull projects that no longer make commercial sense, cutting out losses.

Four, targets are being made more reasonable. After failing with high targeting on freight, where 85 million tonnes of additional freight was planned this year (2015-16), next year’s targeted increase is lower at 50 million tonnes, assuming that the worst may be over for large freight movers like coal, steel, cement, and other bulk commodities. That remains to be seen, but the move to realistic targeting is important.

Five, the focus on investment remains. The plan for next year is Rs 1.21 lakh crore – up a healthy 21 percent from this year’s actual budget, which was achieved in full.

Six, freight may actually see selective rate cuts in order to improve the railways’ share of cargoes, which have been continuously going down for years now. This was not stated explicitly, but indirectly through talks of “rationalising” freight structures. Building adequate warehousing and expansion of the kinds of freight carried by rail (cars are next, with the proposed creation of an auto hub in Chennai) are some of the steps to win back market share from roadways.

Seven, while fares for the aam aadmi will not go up much, Prabhu is making efforts to offer differentiated services to make some passenger services cost-neutral, if not profitable. Among three such initiatives are Humsafar and Tejas, two value-added AC passenger services that will recover costs fully, either by way of fares or with non-fare revenues (like advertising, additional paid passenger services, etc). A third, Utkrisht, will offer double-decker services on high-density routes to expand carrying capacity by 40 percent.

Eight, Prabhu also wants to expand revenues from non-fare sources like monetising land banks along tracks, advertising, use of its customer database to cross-sell products, and bringing in private funds for station development and train branding.

What can go wrong in this scenario? Plenty.

The key to fulfilling these ambitious plans is to get state governments to chip in with some cash for projects dear to them. Also, obtaining multilateral funding. Neither is certain in the current global climate.

The attempt to keep fares low is counter-productive. The level of subsidies is simply too high to be justifiable, and it is doubtful that non-fare revenues can make up for the deficit. Sooner or later, this has to be fixed.

The focus on passenger comfort and customer orientation is good, but if this results in increased patronage of the railways, it will lead to larger losses.

But these are issues that need ironing out steadily, and possibly the attempt to raise fares commensurate with costs will come outside the budget.