Modi: The Integrator in Command 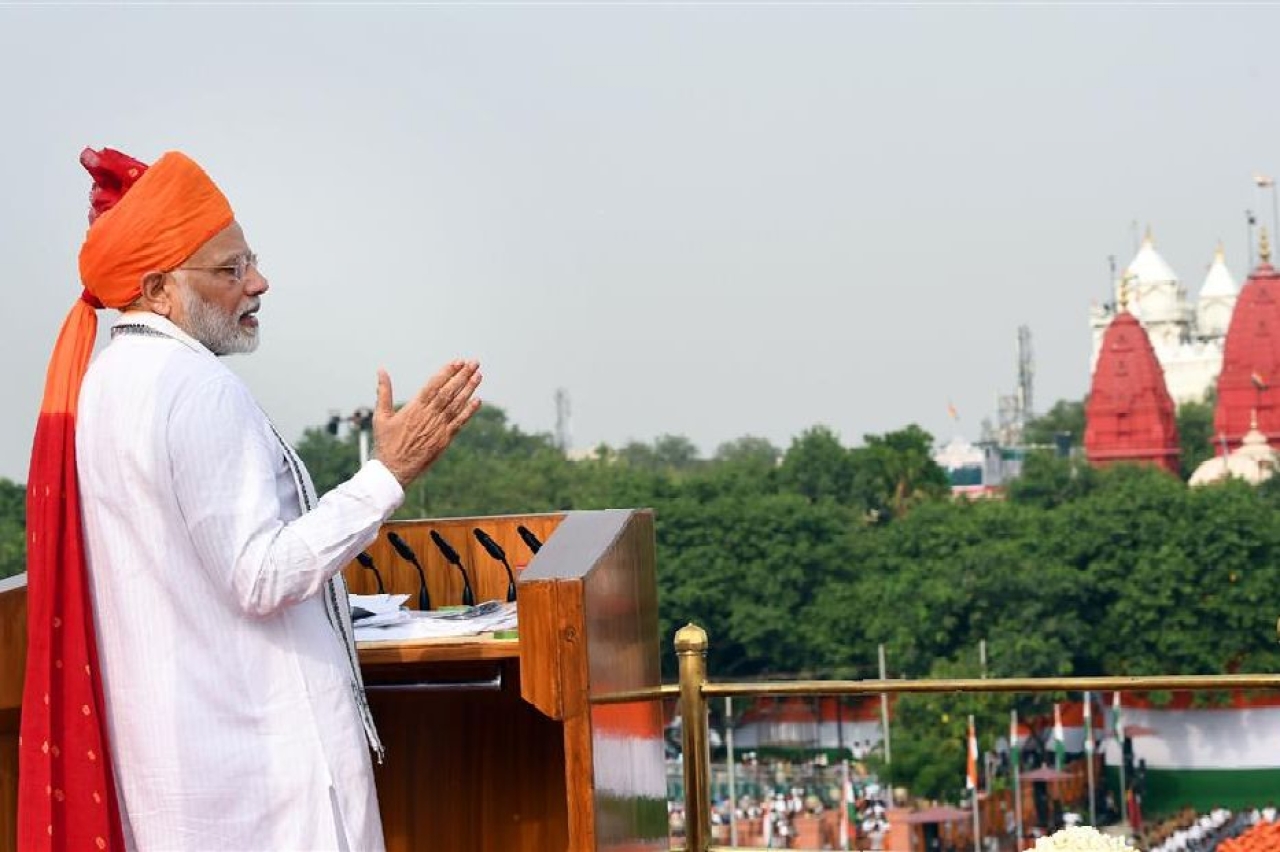 Right since the perceived exit of ideology as motivation for political activism in parties across democracies, a certain amount of skepticism about all politicians has become the order of the day. The origin of such doubting Thomases is the mainstream media, once a profession to achieve some lofty democratic ideals.

However, that is no more the case.

Crass cynicism has enormously occupied our popular mind space today. As a consequence, nobody believes that some idealism might be guiding both, contemporary journalism as well as present day politics. Add to this needless scepticism, a good amount of prejudices and tightly held presumptions and what you get is a heady concoction making one absolutely forget elements of fairness and objectivity. High on this concoction, people easily draw sweeping conclusions, become needlessly judgmental and above all, shamelessly use double standards.

Recent articles, one in The Economist and the other in Time magazine by Atish Taseer reflect these perverse tendencies of the media. The Economist article criticises the BJP and PM Narendra Modi on three counts. Firstly, it talks about electoral bonds, secondly, about the tax raids on opposition leaders, and lastly about PM Modi “mercilessly milking the national sentiments”.

The electoral bond issue is already under the scrutiny of the apex court and hence casting aspersions on this issue was unfair. Tax raids are a routine affair and knowing fully well that election campaign time unearths several hidden treasures, these raids can’t be called as political. Besides, they are also open for scrutiny. Again, the charge of ‘mercilessly milking national sentiments’ is a mere rhetoric. In democracies, sentiments have always played a key role. Advancement of Lok Sabha elections by Mrs Indira Gandhi, immediately after the 1971 war or later, the crass denial of justice to hapless Shah Bano by Indira Gandhi’s son in the 1980s was driven by the lure of capitalising on nothing but sentiments. Contrary to this emotional populism, PM Modi’s references to recent happenings concerning our neighbouring country are about a major policy shift, where Pakistan’s misadventures are to be challenged with a catch-the-bull-by-horns approach. Inexplicably, The Economist has chosen to be silent about this significant policy shift.

Now, coming to Atish Taseer’s article in Time, his description of PM Modi as India’s Divider in Chief , although outlandish, needs to be aggressively contested as the hard evidence is in complete contrast to what the title suggests. Let’s examine.

In India, societal divisions are mainly caused by six factors. Apart from divisions on the basis of gender, community and caste; regional and linguistic identities also provide ground to the divisive elements. Last but not least, economic disparities play a key role in social disintegration. It would be educative to know as to how policies and programmes of the Modi government have dealt with these factors which make our social unity vulnerable.

To start with gender, the Modi government has refused to succumb to stereotyping when it comes to assigning responsibilities to female politicians. For the first time, two women leaders are handling crucial portfolios like External Affairs and Defence, with the total number of women cabinet ministers reaching six, an all time high. The Speaker of the Lok Sabha is a woman and as many as six women — one each from the Scheduled Classes and Scheduled Tribes and two from minority communities— are functioning as Governors of different States, again a record in itself. Besides, under the Modi regime, multi-pronged measures have been taken for welfare of working women and women entrepreneurs as well. Besides, under the Modi government, opportunities for women in armed forces have also seen an increase.

In so far as the community-based division through discrimination is concerned, emphasis on computerisation of madrassas, schemes for impetus to skill development of traditional artisans from minority communities and justice to Muslim women affected by Triple Talaq have in fact helped bridge the gap between minority and majority communities. Conscious of the religious sensibilities of the Muslims, it was the Prime Minister who pleaded with the Saudi prince for a sizeable increase in quota for Haj pilgrims from India.

Coming to caste divisions, PM Modi’s track record in ensuring social justice to overcome the divide may perhaps surpass that of all his predecessors. Over five decades after Dr Ambedkar’s fervent appeal to his young followers, it is Mr Modi who has resolutely worked to create conditions where job seekers from the Dalit communities are successfully aspiring to become job givers. Schemes like MUDRA helping sanitation workers of the Valmiki community in Delhi and Hyderabad, become sanitation entrepreneurs is a remarkable case in point. OBC commission now getting a constitutional mandate has also served the cause of further empowering the marginalised. Again, with the provision for EBC quota, psychological divide between quota beneficiaries and others is bound to diminish, further strengthening social harmony.

When it comes to languages, PM Modi understands well that the core of linguistic discrimination in India comes from the idea of personal status attached to speaking in English. He has restored the supremacy of Hindi and added prestige to speaking in an Indian language. For the lovers of Indian languages, Modi has given a practical message : Don’t be shy, USE them! This will eventually help doing away with the inferiority complex that haunts speakers of languages other than English, in India.

The Modi government has used development and equality in distribution of resources as key to ending regional disparities. He has steadfastly refused to bow before political pressures for special status to any particular State, respecting the thoughtful recommendation of the finance commission in that regard. Similarly, his idea of Aspirational Districts to give first priority to the most deprived regional blocks, sharing the royalty on production of minerals from mines with the respective districts etc., are examples of ensuring, what could be described as ‘development-justice’.

To overcome economic disparities, the Modi government has promoted livelihood opportunities in a big way, leaving the traditional idea of jobs far behind. Never before was skilling and entrepreneurship development given this kind of fillip. True to his belief, the Prime Minister has preferred emphasising empowerment over entitlement. Through measures like the Direct Benefit Transfer, he has plugged pilferage fairly effectively. With the removal of middlemen, weaker sections are now less vulnerable. A cooking gas cylinder at a slum dweller’s cottage and a power meter at a villager’s hut are the symbols of this new economic empowerment. However, what is most remarkable about PM Modi is his courage of conviction that drove him to appeal to the relatively more privileged to give up subsidies for the marginalised sections. Notably, his appeal was responded to very enthusiastically. The foundation of a Democracy of Aspirations, PM Modi understands well, lies in greater sensitivity towards towards the marginalised.

After all, Narendra Modi is the man of organisation, and who else can understand it better that commonality of ethos is the prerequisite of integration. Through his determined efforts to promote politics of development, he has ensured preventing further fragmentation of the society, evolving a shared dream of prosperity for all. This election will prove to be the beginning of ‘trust-bank’ politics replacing the disastrous and now ineffective vote-bank politics.

Vinay Sahasrabuddhe is the national vice-president of the BJP;  a Member of Parliament from the Rajya Sabha; Director General, Rambhau Mhalgi Prabodhini and Director, Public Policy Research Centre (PPRC).

Get Swarajya in your inbox everyday. Subscribe here.
Tags:
123 Shares