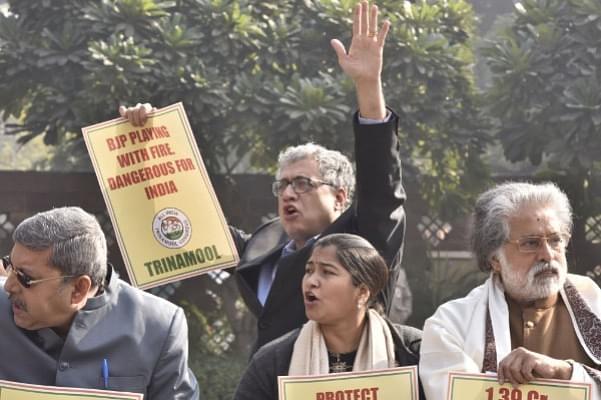 NRC critics have made charges of bias and wrongdoing surrounding the update exercise. (Sonu Mehta/Hindustan Times via Getty Images)

Forget all the fulminations of the critics of Assam’s National Register of Citizens (NRC) update process alleging that the entire exercise is aimed at driving out non-Assamese from the state. Nothing could be further from the truth.

The popular belief in the rest of the country (outside Assam), reinforced by wild allegations and insinuations, is that most of those left out of the final NRC draft published on 30 July are Bengali-speaking Muslims. True, the purpose of the exercise was to make a register of Indian citizens that would leave out the names of all those who migrated to Assam from Bangladesh after 24 March 1971. But a detailed analysis of the final draft NRC reveals that Bengali-speaking Muslims form only a small portion of the 40 lakh-odd whose names have been left out of the list. And many of those whose names have been left out are Assamese Hindus and indigenous groups of states, such as the Bodos, Karbis, and Misings.

Prasenjit Sharma Bordoloi is a senior officer in the state Health Department posted at Tezpur, his native district of Assam. The name of this 39-year-old, whose father Sadananda Bordoloi was a senior bureaucrat in the state government, did not figure in the final draft NRC, though the names of his siblings and even his children did. But Prasenjit is not unduly worried. “In an exercise of this magnitude involving scrutinizing millions of documents and claims, it is natural for errors to creep in. There are many other Assamese Hindus whose names have got left out. I am confident that all these names will figure in the final NRC,” said Prasenjit’s brother, Nandan Pratim Sarma Bordoloi.

Nandan, a news editor with News Live, the leading Assamese TV channel, highlighted his brother’s case in his evening talk show recently. “My brother and we are not worried. In fact, none of the genuine Indian citizens whose names have been left out are worried and are confident that their names will get into the final list,” he said. There are countless Assamese government officials, doctors, engineers, school and college teachers, and others whose names have not figured in the draft NRC. There are also a large number of Hindus – Bengalis, Biharis, Nepalis, Marwaris, and people from other parts of the country who have settled in the state – whose names are missing from the final draft.

The irony is that though many opposition political parties and commentators from the so-called left-liberal cabal have alleged that the NRC update exercise is aimed against Muslims and that most of those who have been left out of the final draft NRC are Muslims, the truth is far from this. In fact, districts of Assam which are said to have a large presence of illegal migrants from Bangladesh have seen much lesser rejection of applications for inclusion in the NRC.

That means, most of the applications made by people of such districts for inclusion of their names in the NRC have been accepted. For instance, in Muslim-majority Barpeta district, only 2.5 per cent of the claims (for inclusion of names in the NRC) have been rejected. In Dhubri, an erstwhile Hindu-majority district neighbouring Bangladesh, which has seen large-scale illegal migration of Muslims from the neighbouring country (Muslims now form more than 80 per cent of the district’s population), only 7.49 per cent of the claims have been rejected. The same is the case with all other districts which have been inundated by illegal migrants from Bangladesh.

But districts which are relatively free of suspected illegal Bangladeshi immigrants have a much higher rejection rate of applicants. In Bodo-majority Baska, 17.56 per cent of the applicants could not make it to the final draft NRC. In Kamrup (Metro) – that is, state capital Guwahati – almost 17.5 per cent of the applicants did not find their names in the final draft. Almost all those whose names have been left out in Guwahati are Hindus and migrants from other states.

The primary reason for their exclusion is that the documents (about their origin) that they submitted and were sent to their respective states for verification were not returned by those states. About 12.49 per cent of the applicants in tribal-majority Karbi Anglong did not figure in the final draft. Districts like Sivasagar, Tinsukia, and Sonitpur, which are Assamese Hindu-majority districts and have limited presence of suspected illegal Bangladeshi immigrants, have also seen higher rejection rates.

Silchar resident Maniklal Bhattacharya’s youngest son, Mrinal, an electrical engineer by profession and employed with a state power utility, was a bit surprised when he found his name missing from the final draft NRC.

“I was surprised because my father is a well-known figure and was a prominent academic, and my grandfather was a freedom fighter. My father’s name is in the final draft, and so are the names of my two elder brothers and my sister. But I was not agitated or alarmed. Contrary to what (Trinamool chief) Mamata Banerjee said, I knew I faced no danger of being deported from Assam. I will submit my claims and I’m sure my name will be included in the final list,” he said.

Mrinal personally knows many others, all Bengali Hindus, from Silchar whose names have not been included in the final draft.

“We have faith in the whole process and we don’t need politicians or others from outside Assam to take up our cause for their own political, personal, and ideological benefit,” Mrinal added.

A resident of B K S Villa Road near Silchar’s famous Holy Cross School, Mrinal is scheduled to get married in early December this year. The name of his bride-to-be, a resident of Hailakandi, figures in the final draft. That life goes on as usual for Mrinal and he faces no uncertainty whatsoever is evident from the fact that the wedding ceremonies are on track and nobody, not even his in-laws, are worried about the non-inclusion of his name in the draft NRC.

Manoj Agarwal, owner of a hardware store in the Rehabari area of Guwahati, was “amused” when he did not find his name in the final draft. “The names of my wife, my two sons along with their wives and children, were there in the final draft. My younger son got married just three years ago and his wife, who hails from Bhopal, applied for inclusion of her name soon after she came to Guwahati. Her claim was accepted, but not mine. That is why I was amused at not finding my name in the draft NRC. But I am not worried. I know this error occurred since there were millions of documents to be scrutinised and errors could have easily happened. I’m confident my name will be included in the final NRC,” said the 52-year-old resident of Piyali Phukan Road in Rehabari.

There are lakhs of people like Prasenjit Bordoloi, Mrinal Bhattacharya, and Manoj Agarwal, all genuine citizens of the country, whose names have not been included in the final draft NRC. But none of them is agitated or scared, as opposition political parties are proclaiming. Contrary to what the likes of Banerjee are saying, they know they face no risk of being rendered homeless or being driven out of Assam.

And all of them would rather go by the firm assurance of Assam Chief Minister Sarbananda Sonowal that not a single genuine Indian citizen would be left out of the final NRC. The scare-mongering by politicians like Banerjee is, thus, a sinister political game that has no tryst with the truth.