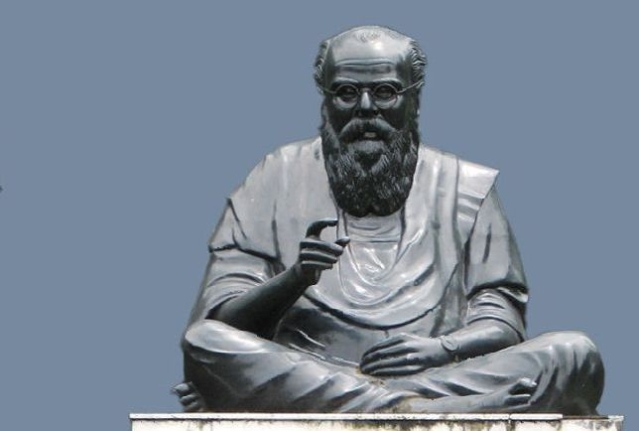 Speaking at the Golden Jubilee celebration of the Tamil magazine Tughlak, Rajinikanth pointed out at how images of Lord Rama and Sita were carried without any clothes and with garlands of footwear around their necks. He said the magazine copies were seized for carrying the report along with photographs.

While some challenged the veracity of the incident, there were others who filed complaints with the Tamil Nadu police against the actor, alleging that he had ‘misled’ the people.

DK general secretary K Veeramani, last week, threatened that Rajinikanth would have to “pay a heavy price” for the statement. The actor, however, has garnered support for his "bold" statement with social media welcoming it.

Speaking to media last week, Rajinikanth said he would neither regret nor apologise for the comment. Political pundits see this as the shape of things to follow as he firms up his plans to enter politics.

Supporting the actor’s stand, Chanakya YouTube channel has now come out with a video to show how DK’s official newspaper Viduthalai (Freedom) had reported the two-day event during 23-24 January 1971.

The rally in which Lord Rama and Sita were insulted was part of the event.

Rangaraj Pandey, who runs the channel, says the newspaper carried the event as the lead story calling it “Big, new programme”. It calls the event as “Ravana Leela” in which a 10-foot-high Lord Rama image was burnt.

The daily reported that two lakh people witnessed the event and celebrated the burning of Lord Rama with glee. “When DK’s own daily has reported this, do people (Rajinikanth’s critics) want any other proof?” Pandey wonders.

Reading from the report, he says the people shouted slogans “Rama down down” and police had given security for the rally. “People at the rally denounced (Lord) Rama for murdering Ravana just because he was a shudra (lower caste),” the daily reported. Pandey argues, pointing out to the Valmiki Ramayana, that Ravana was a Brahmin and the DK has been propagating that the Lankan king belonged the lower caste.

In a report last year on Veeramani’s address to DK cadres on Periyar anniversary, Viduthalai talks of the general secretary referring to the 10 resolutions passed at the event.

The DK organ refers to the rally as “Eradication of wrong belief” and says only the organisation’s members took part in it. Since elections (to the legislative Assembly) were due in 1971, Periyar did not invite any political leader (read DMK) since the outcome of the event could affect leaders attending it.

The daily refers to the 10 resolutions passed at the meet and in particular mentions the third resolution that said: “One’s wife having a desire for another man cannot be a crime”.

The reference was made in the context of many dailies reporting it wrong.

The other important resolutions were:

The daily quotes Veeramani reference to the third resolution and says ‘Periyar’ had got “freedom” to Sita through it!

The Viduthalai report and the resolutions are not just proof of what Rajinikanth said in his statement. The 1971 Salem DK meet seems to have had a far more sinister design than a mere denouncement of Lord Rama.