Rafale: Why Modi Should Send A Thank You Note To Don Quixote And Sancho Panza, Rahul Gandhi And Chidambaram 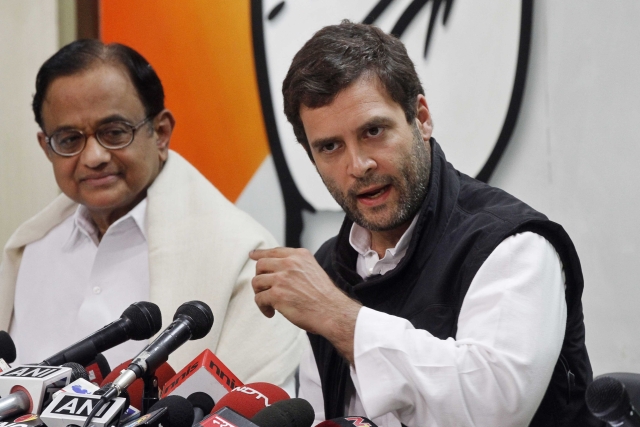 The Comptroller and Auditor General’s (CAG) report on the Rafale deal is widely seen to have saved the National Democratic Alliance (NDA) government the blushes by finally concluding that the deal negotiated by the NDA was 2.86 per cent cheaper than the one being negotiated by the United Progressive Alliance (UPA).

But the real reason why the government emerges from Rafale with its dignity (barely) intact is not the CAG report, but the completely nonsensical claims made by Rahul 'Don Quixote' Gandhi and his team of ‘chowkidar chor hai’ chorus leaders in the Congress party. It was the completely outlandish and contradictory claims made by the dynast on different occasions that actually made the government look good, and not its own statements on Rafale.

The CAG report – which is yet to look closely at the offset part of the agreement – gave the government a good headline number to flaunt (a 2.86 per cent overall lower price), but landed several other blows in the midriff that it cannot easily dismiss. Among the things the CAG pointed out in its evaluation of the Rafale deal on pricing, it found that the NDA deal was better on three parameters out of 11, the UPA deal on four out of 11, with the rest showing no difference. As for the aircraft delivery schedules, the NDA deal was only marginally better.

Moreover, the NDA got only a letter of comfort from the French government and no sovereign or bank guarantee in a deal where Dassault is to deliver 36 aircraft in flyaway condition. And a separate report on the offset clause, in which Anil Ambani is alleged to have benefited, is still in the works.

However, it was the wild allegations made by Rahul Gandhi and his financial ‘Sancho Panza’, P Chidambaram, that clearly demonstrated that the Congress was doing nothing more than politics over a deal that is vital for national security.

Consider the kinds of figures bandied about by the Congress’ Don Quixote. According to a meticulous fact-check by India Today, Rahul Gandhi claimed in April 2018 at a public rally that the UPA price for the Rafale was Rs 700 crore while the NDA price was more than double that at Rs 1,500 crore.

Three months later, during the no-confidence vote against the NDA in Parliament, Gandhi suddenly lowered the price being negotiated by the UPA to Rs 520 crore per aircraft, while Narendra Modi, during his visit to France in 2015 to sign the deal, raised the price to Rs 1,600 crore – more than thrice as much, and Rs 100 crore more than what Gandhi himself claimed.

Less than a month later, Gandhi again mentioned the UPA price as Rs 540 crore (Rs 20 crore more than what he told Parliament in July), and in August he talked of a price of Rs 526 crore – Rs 14 crore less than what he claimed in July.

Sancho Panza, meanwhile, was coming up with his own numbers. Chidambaram, at a press conference this January, claimed that “Dassault was laughing all the way to the bank”, and that the NDA had paid (euro $25 million) Rs 186 crore more for Rafale (at 2016 exchange rates) than what the UPA was negotiating.

Between the Congress’ Don Quixote and Sancho Panza the NDA-negotiated loss per aircraft came crashing all the way from over Rs 1,000 crore to around Rs 186 crore in a matter of months, with the CAG now making nonsense of even the latest figure put out by the Congress. And all this happened while Congress lackeys were shouting “chowkidar chor hai” at press conferences, TV shows and public meetings.

On the government’s part, all it needed to do was provide effective refutations of the Congress’ wild claims, and explain how the deal was done, and why the UPA deal under negotiation cannot be compared to the NDA one on anything, including price and related issues. It had no need to claim that its own deal was cheaper by 9 per cent when it had no intention of disclosing the actual price being paid for the Rafale.

While the CAG report, presented to Parliament yesterday (13 February), has undone some of the self-inflicted wounds of the government, one wonders why its communication to the public was so inept all through, enabling a self-contradictory Congress scion’s wild claims to gain currency.

The BJP was better defended by independent journalists outside the party (read here, here and here), and the Supreme Court’s December verdict, rather than what its own spokespersons could manage.

Worse, the Congress went bonkers trying to malign the CAG even before its report was out, with Rahul Gandhi trying to tar the statutory auditor with the same brush used for the government (“Chowkidar Auditor General”).

The BJP should thank its lucky stars it has Rahul Gandhi as its sworn enemy. It should send a thank you note to Don Quixote and his Sancho Panza for helping it become credible on the Rafale deal.