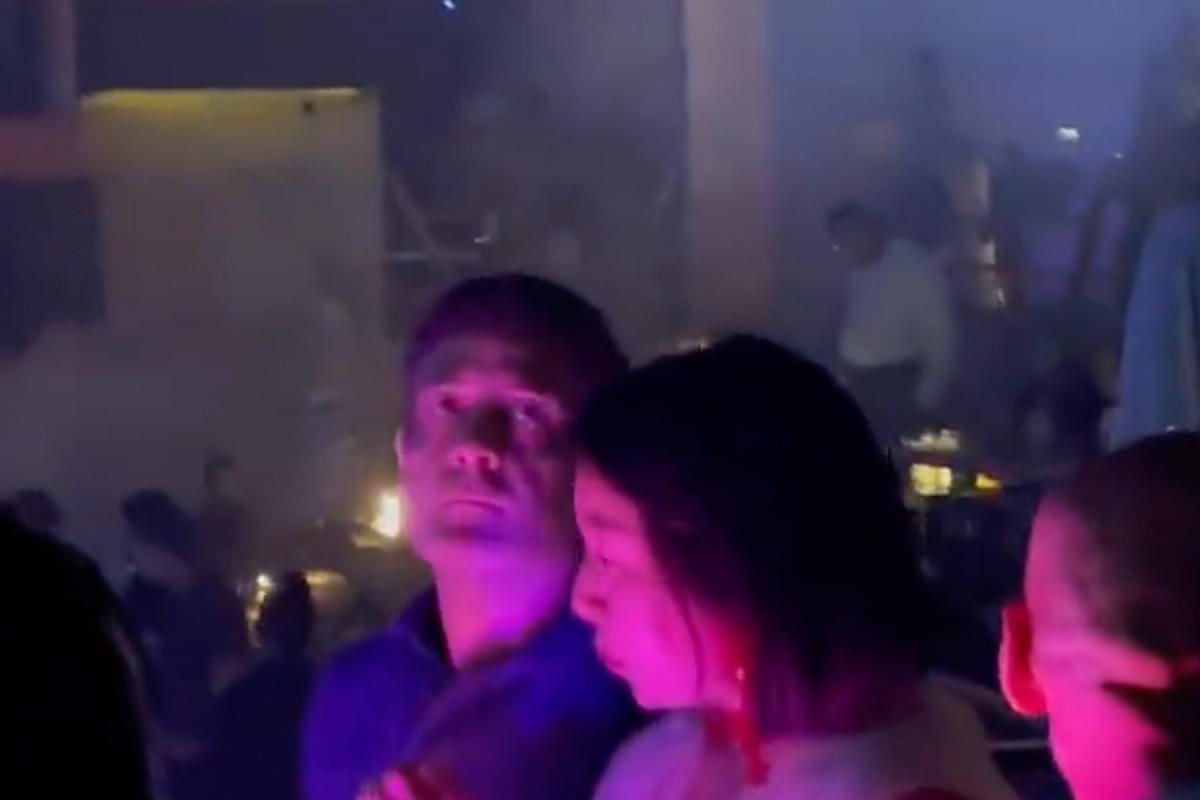 After BJP IT cell head Amit Malviya posted a video allegedly showing Congress leader Rahul Gandhi in a nightclub, the Congress has clarified that the former party president is in Nepal to attend a friend's wedding.

"Rahul Gandhi was at a nightclub when Mumbai was under seize. He is at a nightclub at a time when his party is exploding. He is consistent," the BJP IT cell head tweeted on Tuesday (3 May).

"Interestingly, soon after the Congress refused to outsource their presidency, hit jobs have begun on their Prime Ministerial candidate...," he added.

Interestingly, soon after the Congress refused to outsource their presidency, hit jobs have begun on their Prime Ministerial candidate... pic.twitter.com/dW9t07YkzC

Responding to BJP IT cell head's tweet, Congress leader Randeep Surjewala at a press conference on Tuesday said, "Rahul Gandhi has gone to a friendly country Nepal to participate in a private marriage function of a friend".

"By chance, the friend also happens to be a journalist. So I think they are also abusing your fraternity," Surjewala told reporters.

“Last when I checked, having a family in this country, having friends in this country, attending marriage, engagement ceremonies is a matter of our culture and civilization. It has still not become a crime in this country to be married, to be friends with someone, or to attend their marriage celebration,” Surjewala said at the AICC press conference, reports Indian Express.

“Maybe after today Prime Minister Modi and the BJP may decide that it is illegal to attend a marriage. They may say it is a crime to have friends or participate in family functions. But do let me know so that we all change our status, habits and civilizational practices of attending the marriage of friends as also family,” he added.

Earlier on Monday (3 May), Kathmandu Post reported quoting sources that Gandhi is in Kathmandu to attend the wedding of his Nepali friend Sumnima Udas, daughter of Bhim Udas who had served as a Nepali Ambassador to Myanmar.