SC Sends Rogue Judge To Jail, But The Next Time It May Not Be So Lucky 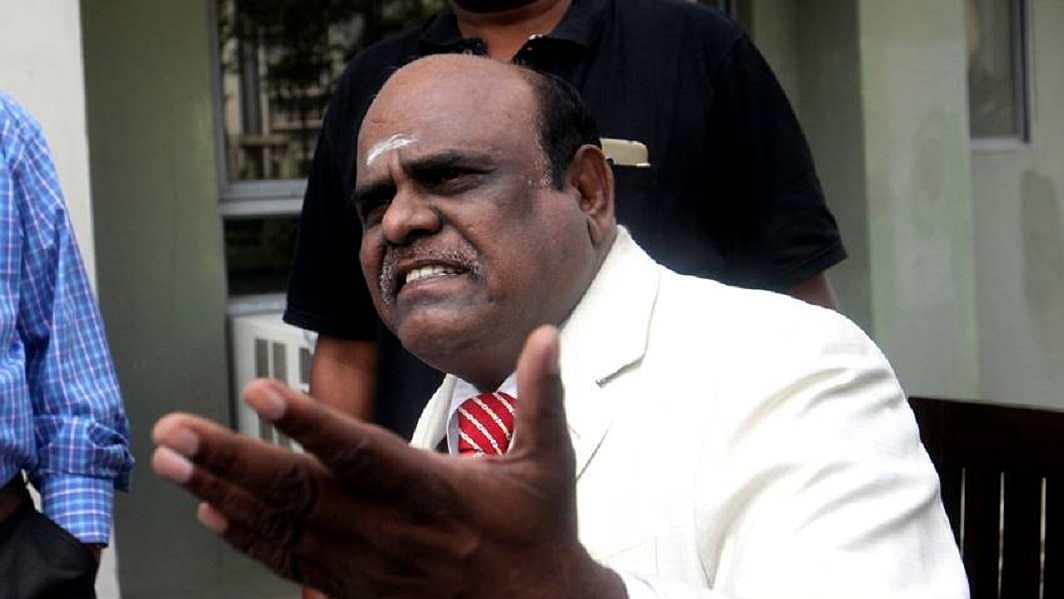 Justice Karnan was asked by the Supreme Court to undergo a test to examine his mental soundness.

The Supreme Court opted for the inevitable and ordered a six-month jail term for Justice C S Karnan, the recalcitrant judge of the Calcutta High Court who has been making wild allegations against judges of the top court and claiming victimhood as a Dalit.

Justice Karnan, whose term ends in another month, will thus spend his last month as judge in prison, with the seven-judge bench headed by Chief Justice J S Khehar losing patience with him and ordering his immediate arrest by the West Bengal police.

The highest court probably saw no alternative to tough action as Justice Karnan yesterday (8 May), after declining to be examined for mental soundness earlier, going further and announcing five-year rigorous imprisonment for the seven-judge bench for allegedly violating the SC/ST Atrocities Act. Clearly, he was not going to walk quietly into the sunset, and hence the decision to put him away for six months.

To avoid further provocative statements and actions by Justice Karnan, the bench also barred the media from publishing his untenable orders.

This can be seen as a gag by the media, but in this specific case, the Supreme Court is right in preventing members of the media from purveying contemptuous references to the higher judiciary by giving Justice Karnan a free run on editorial spaces.

To be sure, once he is out of prison, the (retired) Justice Karnan is sure to become more vituperative, but that is something the bench would have considered before taking its decision – a first in its history, where a sitting judge of a high court has been sent directly to prison.

It is a sobering day for the Indian judiciary – and also a heartening one – when the highest court has been forced to send one of its own to jail for talking and acting in a manner that denigrates the entire judiciary.

However, the Supreme Court should also ponder over the fact that it could act against him precisely because he himself went out on a limb and violated several laws – and no one jumped in to take up his case.

One, he was making statements and levelling unsubstantiated charges against judges and passing suo motu orders unrelated to any case before him.

Two, he was passing orders against a higher court, which is against the law.

Three, he defied the orders of the Supreme Court consistently – by failing to appear before it, and then refusing to submit to a mental health test.

Four, and this is most important, no politician, even those who take up any and every Dalit cause, jumped in to defend Justice Karnan. His case could have been taken up in parliament, or raked up in the public sphere, making it tougher for the bench to act.

Luck played a huge role in enabling the Supreme Court to take the right decision on Justice Karnan’s repeated disobedience and defiance.

Consider what would have happened if the rogue judge was from the Supreme Court itself and was busy maligning fellow judges – not by open defiance, but by leaking stuff to the media or putting it anonymously on the internet? Would the court have been able to act against such a judge?

After all, the Madras High Court could do nothing against Justice Karnan when he levelled charges against the Chief Justice; it was only with the Supreme Court’s help that he could be transferred out, and even after coming to the Calcutta High Court, he proved a handful.

Clearly, we need a better filter for how judges are selected or dismissed. The current system, of judges appointing themselves, and removals depending on impeachment by parliament, is not working.

The next Justice Karnan will not be easy to remove without serious reforms in the process of judicial selection and dismissal.