SC’s Padmanabhaswamy Verdict Is A Cruel Joke: Rich Temple May Be Reduced To Begging Bowl Status 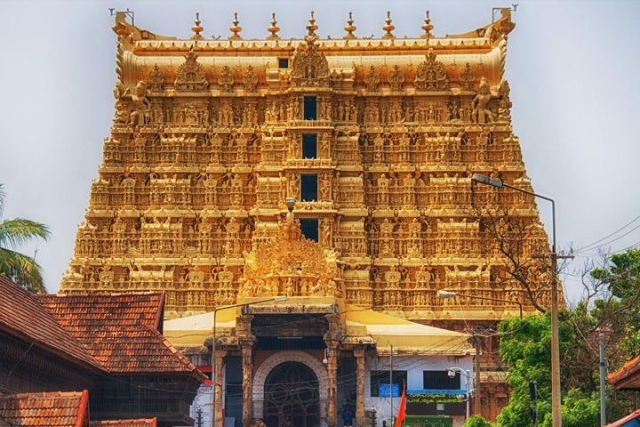 The Supreme Court judgement in the Sree Padmanabhaswamy case heaps injury on insult. While apparently reinstating the traditional trusteeship rights of the Travancore royals, the conditions and terms on which this is being done effectively forces the temple to depend on the state and various government nominees for day-to-day operations, and also make ends meet, given its meagre monthly collections from devotees.

Let’s leave aside the shift of power from the royal family to a five-member administrative committee headed by the Thiruvananthapuram District Judge, and two nominees from the Kerala and Union governments. Only the head priest and the royal family nominee can be said to be real stakeholders in the temple, and they have two votes in a panel of five.

One, following the return of the royals as the main hereditary trustees, the cost of providing security to this temple, which is said to house treasures worth over Rs 100,000 crore (or much more, if one were to compute their antique values), shifts back to the temple.

The temple’s actual income from devotee offerings is barely Rs 1.5 crore a month, and in Covid-19 times offerings are down even further. Currently, it is not in a position to even meet employee salaries. There is no way it can pay for its own security without state funding.

The judgement says: “It must also be stated that the present security arrangements as deployed by the state government shall be continued, but the expenses in that behalf shall be borne by the temple hereafter”.

The state claims to have invested close to Rs 23 crore in security installations and personnel, though the annual variable costs of running the security establishment will itself cross the current collections from devotees. If the state demands that the temple now pay for its own security and the gadgetry and surveillance equipment provided by it, the temple may well be unable to do so.

Consider what the Supreme Court has done: it has effectively forced one of the richest temples in the country, with lots of land and gold and precious stones, to go to the communist state government with a begging bowl. One wonders what kind of subordinate relationship this will create between the traditional trustees and the state.

Two, the judgement has ordered a 25-year audit of the temple. It has asked the new advisory committee, to be headed by a retired high court judge, to “order audit for the last 25 years, as suggested by the learned amicus curiae. The audit shall be conducted by a firm of reputed chartered accountants.”

Such long-term audits have never been ordered even on scam-tainted promoters or companies, but a temple is supposed to do so. Needless to say, the audit will take years to complete, and during that time, the temple managers will be constantly looking over their shoulders about what surprise the CAs may spring on them.

What a wonderful way to free temples and then shackle them to a disastrous follow-through.

The Kerala government has said it will implement the court order and not appeal against it, but then why should it not? It now has the trustees in the position of supplicants it has always wanted.