Sharp Increase In The Urban Muslim Population Of Uttar Pradesh 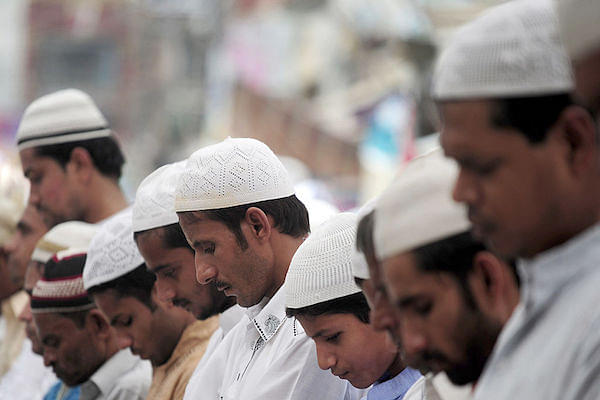 The Centre For Policy Studies (CPS) recently posted (2 July 2016) a note describing its findings from the Religion Data of Census 2011 on its website. It detailed the religious demography of the urban population in Uttar Pradesh (UP).

In the western parts of the state, comprising eight districts, 103 out of 154 towns (two-thirds) are Muslim-majority. Eleven of the 15 towns with a Muslim presence of over 90 percent are located in these eight districts of western UP.

But the presence of a large Muslim population is not limited to western UP alone. In urban centres especially, the share of Muslims is much higher than the average total share in the state’s population. They form 32.2 percent of the urban population while occupying less than 20 percent of the total and only 15.6 percent of the rural population.

The report also states that a large number of towns have acquired a Muslim majority in the last three decades. There were only 101 Muslim-majority towns in 1981. In 2016, there are 231.

Here’s a brief summary of the demographic analysis of the state as per the CPS note:

1) Muslims have a higher influence in the urban areas of UP than what is indicated by their average share in the total population of the state.

3) While 37.2 percent of the Muslims in the state are urban, the urban ratio for the rest of the population is only 15.1 percent.

4) Muslims form a majority in the urban population in eight districts of the state and have a share between 40 and 50 percent in 13 other districts. These districts with a high Muslim presence in the urban areas are spread throughout the state.

7) Census 2011 counts a total of 915 towns in Uttar Pradesh. Muslims form a majority in 231 of these. The Muslim-majority towns are spread all across the state.

8) Among 231 Muslim-majority towns in the state, there are 15 where Muslims form more than 90 percent of the population and 37 where the share is between 80 to 90 percent.

9) Analysis of data from the earlier decades shows that the population of Muslims in the towns of Uttar Pradesh has been rising sharply, particularly after 1981.

10) There were only 607 towns counted in 1981, where Muslims formed a majority in only 101 of them. The number of Muslim-majority towns has increased vastly, from 101 to 231 in the last three decades.