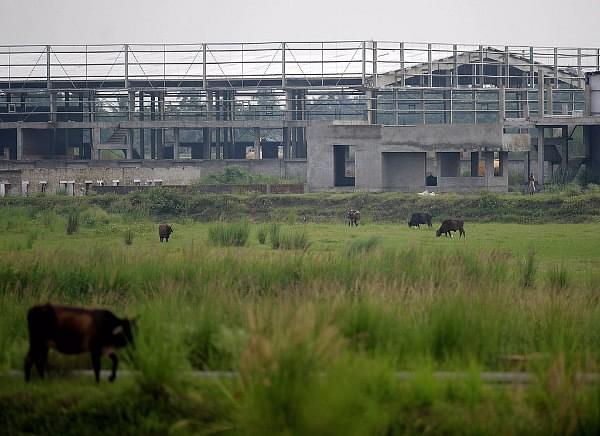 When Bengal Chief Minister Mamata Banerjee goes to Singur, about 38 kilometres north-west of Kolkata, today (14 Sept.), she will see a sea of faces that will reflect both remorse and hope. Remorse over their monumental mistake in supporting Mamata’s stir against the Tata small car project on their land a decade ago, and hope that Mamata will bring industry back where they will find employment.

But their collective hopes are bound to be dashed. The ‘Singur stigma’ weighs heavy on Mamata, whose continued pursuance of street politics keeps reinforcing her anti-industry and mercurial image. And despite all that she claims and promises to the people of Singur today, bringing industry back to Bengal will be tough, if not impossible, for her.

Though Mamata shed “tears of joy” when she learnt of the Supreme Court verdict at the end of last month, quashing the allotment of land at Singur to Tata Motors, there was really nothing for either Mamata, the people of Singur or the rest of Bengal to cheer about. Because at the end of the day, the land that was given to the Tatas is now hardly cultivable and the holdings are so small that growing crops on them will barely bring two square meals a day to the cultivators.

The people of Singur realise this, and as this news report in a Kolkata-based paper illustrates, the farmers there – even the ‘unwilling’ lot who formed the backbone of Mamata’s stir and did not collect the compensation cheques – want industry to come there so the locals can get jobs. Farming, they say, is no longer productive and industry is the only answer. They are not very enthusiastic about getting their lands back and farming on them again.

However, to their utter naivety, they expect Mamata to bring industry back to Singur. Mamata will fuel their hopes for her petty political gains. But in her heart, she’ll know that the tall promises she will make to them today – like getting investors to set up big industries in Singur – are hollow.

Mamata knows very well by now that her desperate bid to get investments into Bengal has not been yielding any firm results. Her latest bid, which took her to Rome and Munich, came a cropper. But the poor farmers will not know it, just as they didn’t know that opposing the Tata Motors factory ten years ago would leave them in their present state of despondency.

Mamata, for all her failings, is not naive. When she sees the wasteland that is Singur today, her thoughts, even momentarily, would stray to what Singur would have looked like had the Tata Motors plant come up there, had she allowed the plant to come up instead of opposing it in a sinister manner for her own political ends. She, and her party, reaped a bumper political harvest from Singur, but Bengal lost miserably in the process.

For what Singur could have been today, a look at Sanand in Gujarat – to where Ratan Tata shifted the Nano plant – would be illuminating. The Tata Motors plant there became an incubator of auto ancillaries and skills, which attracted other automobile manufacturers to Sanand. Over time, Sanand has become a major auto hub in the country where lakhs of young men and women find gainful employment.

Apart from the 41 ancillary units that came up in Sanand in the footsteps of Tata Motors, there are other auto majors which have set up and are setting up shop there. Ford built its second plant in Gujarat a couple of years ago. Honda and Maruti-Suzuki are building new plants in that state. Maruti-Suzuki, for instance, will be investing a whopping Rs 18,500 crore in its Gujarat plant that will turn out 2.5 lakh cars a year. Atul Auto, which makes commercial three-wheelers, is setting up its second plant in Gujarat. AMW Motors has set up a heavy truck plant there that will make 50,000 heavy trucks a year.

Two-wheeler manufacturers are also setting up plants in Gujarat. Honda Motorcycles and Scooters India have set up a plant making 12 crore Activa scooters annually. Hero MotoCorp’s plant that will churn out 18 million two-wheelers is also coming up in that state.

As for ancillary industries, their number will soon reach 350, most of them in the Sanand-Mandal-Becharaji region. Big names in this sector like Switzerland’s Oerlikon, Canada’s Magna International and Germany’s Bosch have set up shop in that region. MRF and Yokohama Tyres have already set up plants and will be joined by Taiwan’s Maxxis Tire. Apollo and Ceat Tyres’ plants have been operating in that belt for many years now.

Gujarat has, thus, become a true auto hub, just as that part of West Bengal could have been. Though the Tata Motors’ Nano project was a failure and the Sanand plant will be modified to manufacture other models, the Tata plant spawned a host of ancillaries and skills that attracted other automobile manufacturers, ancillary majors and tyre makers. This is exactly what Gujarat’s then-chief minister Narendra Modi had visualised.

Gujarat was then dominated by petroleum and chemical industries, and Modi envisioned the Tata Motors plant would be an incubator of auto ancillaries and skills that would eventually turn his state into an auto hub. That is exactly what happened. Because Modi is a visionary while Mamata is far from one.

Had Mamata had that kind of vision, she would have withdrawn her stir in 2007 itself when the state government agreed to hike compensation, and the Tatas promised a series of rehabilitation measures, including training local young men and women and employing them in the Singur project. Mamata could have explained to the ‘unwilling’ farmers of Singur that it was a good deal and prevailed upon them to accept it.

They would have listened to her. The Nano plant would have come up at Singur, transforming the economy of not just Singur but of Bengal. Auto ancillary units would have set up plants, and other auto majors would have followed the Tatas into Bengal. But then, withdrawing her stir may not have yielded the rich political dividends for Mamata. She gained, but Bengal lost. But so what? As if she cares.