St Teresa: The Hypocrisy Of It All 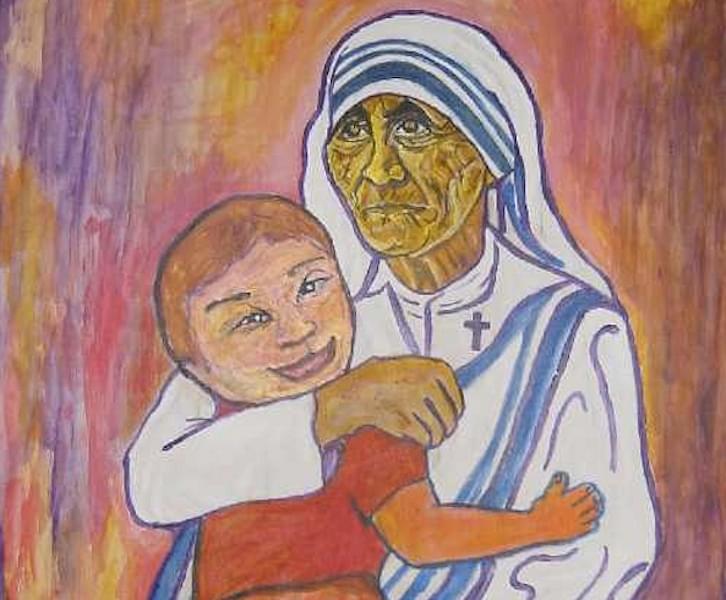 A little over a year ago, Prime Minister Narendra Modi was reported to have claimed at an event at a private hospital in Mumbai that cosmetic surgery and transplants was practiced in ancient India, and that stem cell technology and in-vitro fertilisation were also known to Indians thousands of years ago. His ‘preposterous’ claims drew immediate ridicule from many, with good reason. The ‘left-liberal’ brigade went hammer and tongs against Modi and the Hindutvavadis.

But the brigade’s supposed scientific, rational and logical credentials vanish quite quickly in some cases. Late last week, the Vatican endorsed a miraculous cure in December 2008 of an unnamed man in Brazil who had a brain tumour and attributed it to the intercession of the ‘Blessed Teresa of Kolkata’. This has cleared the path for sainthood for Mother Teresa. Earlier, in September 1998, another such miraculous cure of a tribal woman in West Bengal’s South Dinajpur district led to the beatification of the Albanian nun.

According to the Catholic Church, the tribal woman, Monica Besra, was suffering from an ovarian tumour and medical intervention was fruitless. Sisters of the Missionaries of Charity then placed a medallion bearing Mother Teresa’s image on her abdomen and prayed for her recovery. Besra later said that she saw a ray of light emanating from the medallion and fell unconscious; when she awoke the next morning, the tumour was gone. Doctors who were treating her claimed she had an abdominal cyst caused by tuberculosis and medicines cured her of the cyst.

The Brazilian man’s miraculous cure, as claimed by the Vatican, is even more dramatic. He was suffering from a viral brain infection that resulted in multiple abscesses and by December 2008, he had gone into a coma due to accumulation of fluid around his brain and doctors were preparing for surgery to remove the fluid. Reverend Brian Kolodiejchuk, who was spearheading the cause for canonization of Mother Teresa and has been investigating and endorsing these ‘miracles’ attributed to Mother Teresa, told the media that 30 minutes before the Brazilian man was to be wheeled into the operation theatre, he regained consciousness, sat up and was without any pain! The Vatican attributed this cure to prayers for Mother Teresa’s intercession by the man’s wife who, at the time of his scheduled surgery, was at her parish church praying alongside her pastor.

The silence of the left-liberal brigade on these ridiculous claims by the Catholic Church is, to put it mildly, deafening. But then, the double standards of this section is well-known and well-documented. Criticising Hindus for their “blind beliefs” in rituals and rites is par for the course. But silence is their golden medium when it comes to other religions. It is perfectly fine for a Muslim to light candles at a dargah to seek the intercession of a particular pir, but try explaining to them the significance and rationale behind a Hindu ritual, and they’ll scoff at you and dismiss you as a regressive retard.

But a Monica Besra’s or a Brazilian man’s miraculous cures raises no eyebrows among “rationalists”. After all, there is no Hindu seer involved, but the Pope is a powerful western symbol of credibility.

That aside, there are some important questions that need to be answered by the left-liberals and all those celebrating the imminent canonisation of Mother Teresa. One, would they recommend that medallions bearing Mother Teresa’s image be, from now on, placed on all patients across the world having abdominal tumors for instant cures or that the spouses of critical patients ought to pray to Mother Teresa for intercession for miracle cures? Can the Vatican guarantee cures? If Mother Teresa could cure Monica Besra or the Brazilian man, surely the millions of ill and ailing all over the world can be similarly cured. After all, saintly figures surely don’t discriminate and bless all equally. Now, at long last, there is hope for critically ill patients all over the world. When medicines fail, turn to the Mother! Hallelujah!

There is one more very important question that begs an answer. Why has the Vatican been so keen on beatifying and then canonising Mother Teresa? It must be remembered that as per conventions of the Catholic Church, a five-year waiting period is observed before the process of beatification of a prominent faithful is initiated. Mother Teresa died on 5 September 1997 and in early 1999, Pope John Paul II waived the five-year waiting period and allowed the immediate opening of the beatification cause. Mother Teresa was beatified on 19 October 2003, making hers the shortest beatification process in modern history. The canonisation process—investigating miracles attributed to Mother Teresa and choosing the most prominent and ‘authentic’ one—started immediately after that.

Why this rush to make Mother Teresa into a Saint? The answer: India is where the market for conversions is largest. It must be remembered that Monica Besra and her family converted to Christianity after her miracle cure. And her husband, Selku Murmu, confessed that after the conversion, they became richer than their neighbours—they were given money to buy a plot of land, renovate their hut, get their children admitted to schools and for clothes and provisions. Their improved lifestyle lured many other families in their tiny of village of Dhulinakod to convert to Christianity.

At a time when the Catholic Church’s appeal in the developed west is declining sharply, the Vatican has realised that it needs to increase its appeal among the people in the developing world—Latin America, Africa and Asia. This realisation has been spurred by statistics which show that Hispanics and Latin Americans make for a greater share of the Catholic population. The National Catholic Reporter says the crisis facing the Catholic Church is the “largest institutional crisis in centuries, possibly in church history”. A 2009 Pew study said that since the 1960s, four American-born Catholics left the Church for every one who has converted. This decline in the number of western Catholics has been more than made up by new Catholic converts among the Hispanics, Africans and Asians. And this is where the Vatican now wants to concentrate. Hence, the need to showcase miracle cures in Brazil and India in order to lure more and more people from these countries and regions into the Catholic fold.

The Catholic Church will now highlight the miracle cures of Monica Besra and the Brazilian man to showcase to people across Asia, Africa, the Caribbean and Latin America the power of its saints. Imagine the powerful message of a Catholic ‘saint’ who possesses miraculous healing powers that the Catholic Church can send across to a poor, illiterate tribal in India. That message, backed by enticements like money and provisions and free education for kids, is what the Vatican knows will bring in more and more converts.

Mother Teresa, whose contributions and work are mired in controversies, will most likely be used by the Vatican to proselytise more and more people in the developing world. But India’s left-liberals are perfectly at ease with this; it’s only ‘ghar wapsis’ that get their goat.