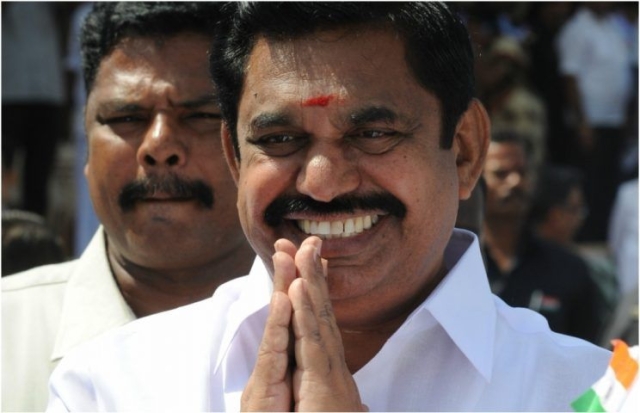 The All India Anna Dravida Munnetra Kazhagam (AIADMK) headed by Edappadi K Palaniswami (EPS) looks to be sailing to safety, leading in nine of the 22 constituencies where by-elections were held along with Lok Sabha polls.

According to the Election Commission, the Dravida Munnetra Kazhagam (DMK) is leading in the rest of the 13 constituencies. Unconfirmed reports said that the DMK had won four of the 13, where it was leading. The reports said the AIADMK had won three of the nine, where it had been leading.

Of the 22 constituencies, 18 became vacant after its representatives — all elected on AIADMK tickets — were expelled for anti-party activities. They had supported the late Jayalalithaa’s aide Sasikala Natarajan’s nephew T T V Dinakaran in a bid to make him the state chief minister.

Dinakaran, who nursed the ambition of becoming the chief minister after winning from the RK Nagar constituency in Chennai. The seat fell vacant after Jayalalithaa’s death. He was later expelled from the AIADMK.

Dinakaran floated the Amma Makkal Munnetra Kazhagam (AMMK) to take on the AIADMK and DMK. Details are yet to emerge on how AMMK could have spoilt the AIADMK’s chances in the by-elections as well as Lok Sabha polls in the state.

For EPS, the party’s performance in the by-polls comes as a big relief amidst a poor showing in the Lok Sabha polls, where it is likely to end up with only two seats.

To wrest the state from AIADMK, the DMK had to win at least 21 seats. The state assembly has 235 members. While the AIADMK’s strength is 113 besides Speaker P Dhanapal, DMK’s strength is 88. It can count on support from eight members of the Congress and the lone Indian Union Muslim League member.