The Alternate Universe That The Indian Old Media Lives In 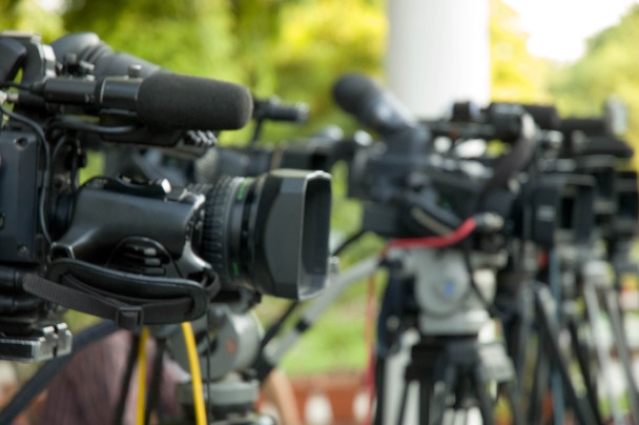 The proverbial impartial Martian landing on Indian soil would be astonished at the alternative universe that has been constructed by the radical leftists and old media (especially the English language media). He, of course, would not suspect that the deep state, Chinese and other handlers feed the old media a lot of their so-called stories and funnel much money to them.

I have been particularly entertained by a few big media stories in the last few weeks. Some of them revolve around the Jawaharlal Nehru University (JNU), and of course, anything related to JNU has to be black humor, considering how much taxpayers’ money has been wasted on this astonishing monument to mediocrity, nepotism and sedition. Neutron bomb candidate, did you say?

The first story was in the aftermath of the so-called Mahishasura Shahadat [sic] Day celebrations held there. The stories that came out – and I am thankful to Abhinav Prakash for his on-the-ground reporting of the realities in JNU – were shocking. First, the very word used – shahadat – suggests that there was an element of the ISPR involved, as the Urdu word would naturally occur to them. The fact that a lot of the slogan-shouting involved secessionists supporting violent Kashmiri separatists is another clue.

There was even a fellow whose father was once a big wheel in the banned SIMI, and his call records showed some distinct anomalies. Now this is indeed worth following up, if you are an investigative journalist. And recalling the father’s antecedents is appropriate, considering, for example, that the only reason why Sonia and Rahul, and earlier Indira and sons, have any claim to rule India is based on Daddy. But this angle, plus the fact that this fellow hid out on the JNU campus – who sheltered a fugitive? – was met with a studious silence by the old media.

Second, the Mahishasura Mardini metaphor is one of India’s oldest, dating back to the Indus-Sarasvati, thus making it, even to ‘Aryan’ Invasion fantasy fans, not an ‘Aryan’-‘Dravidian’ divide. The fabrication of the idea of the revered Goddess seducing the titan was by a Christian fundamentalist publisher, run by foreigners with foreign funding. It stands to reason: they have their story of Samson and Delilah, the latter, a hired gun, seducing the former. Naturally, judging others by their own standards, the Bible-thumping fundies made up this story. In any other culture than India, they would have been considered blasphemers.

In India, there were no religious sanctions, but why does the old media keep quiet? Why is this not seen as an indirect interference in India’s internal affairs by a quango/evangelistic front of the deep state? I considered this possibility of “false flag operations” a year ago in Firstpost.

Some people were unconvinced that there is a malign deep state in the West, bent on preserving its hegemony. Well, I have good news for them: it’s not just me saying it, but also a prominent American politician, and one-time candidate for the presidency. Okay, so he’s a bit of a troglodyte, but here Pat Buchanan says, in the context of ‘Trumpophobia’, pretty much what I said, in pretty much the same words:

Third, the Congress, with the vigorous support of the old media, started blaming Minister Smriti Irani for reading out the offending JNU passages regarding the Goddess in Parliament. Wait, who committed the crime? The original offenders in JNU, or the person who merely recounted the act? Why, are Parliamentarians such shrinking violets that they would cry “Shantam! Papam!” and cover their ears at what was uttered on the premises of JNU?

What is more alarming or risible is the bizarre equivalence between committing a crime and reporting it. Smriti Irani reported a crime. If that is wrong, then every one of the old media editors is wrong, because all their papers report all sorts of crimes (well, except those committed by those who have paid them, as Vijay Mallya hinted at darkly when responding to crocodile tears from sanctimonious journalists). Extend this logic, and a raped woman who reports the rape becomes a criminal as well.

Fourth, consider the way they reported on the antics of Kanhaiya Kumar. What seems to have happened is this: after all the brave talk about some “azaadi” and all that, a few days in jail were enough for Kumar to start singing praises of the Indian Constitution. This was a damning climb down for an alleged krantikari revolutionary, and his street cred should be in tatters for saving his ass at the cost of his alleged principles.

Instead, the old media refused to even comment on the damning words in the order giving Kumar bail. In fact, I’d call it parole, not bail. Wagging an admonishing finger, the judge asked him to behave. He is a student, and his job is to study, and he will be in trouble if he indulged in politics, said the judge, leaving no doubt about her disgust.

The media also did not say a word when some communists wanted Kanhaiya to campaign in Kerala and Bengal. But someone must have read the judgment and realized that he’d be held in contempt of court, and would be back inside shortly, if he did anything as foolish as that, so that idea was quietly dropped.

But the media was hell-bent on projecting this snot-noted, unwashed ruffian as the next Great White Hope. My guess is that the earlier Great White Hope, Arvind Kejriwal, has not worked out as well as the deep state had hoped: his agit-prop antics are no longer getting much traction.

Lo! Here’s Kanhaiya presenting himself as Kejriwal 2.0. Yes, that’s the ticket; just as Kejriwal came out of nowhere to be projected as a serious Prime Minister candidate. I am surprised that Kanhaiya wasn’t positioned as the challenger to Prime Minister Narendra Modi in 2019. The original Great White Hope, Rahul Gandhi, turned out to be a dud, and now two more failures. Sad story.

Fifth, the old media didn’t quite know what to say when the sainted Kanhaiya turned out to be a serial pisser. Yes, he was caught for unzipping, and letting go of a stream of urine, in broad daylight, in public, on campus. When chided by a girl student, Kanhaiya abused and threatened her, and ended up getting fined Rs 3000 with a written reprimand.

Any journalist who’s not utterly compromised would have been embarrassed. Their protégé turned out to be, in lovely police lingo, a ‘known delinquent’. They had lionized an ordinary, run-of-the-mill ruffian as their messiah. Is this the ‘Idea of India’? Well, actually it is: semi-educated, fully brainwashed youth who will lap up communist propaganda wholesale, swindle the taxpayer, and attach themselves to the mammaries of the welfare state, preferably doing no useful work.

Sixth, the hatchet job done on Sri Sri Ravishankar’s World Cultural Festival. The sudden appearance of lots of Yamuna-lovers was simply amazing, especially when bigger gatherings of the Maramon church have been taking place annually on the River Pampa’s dry bed, without exciting any comments.