The Bitter Truth Is That Nehru Was Right To Choose Partition 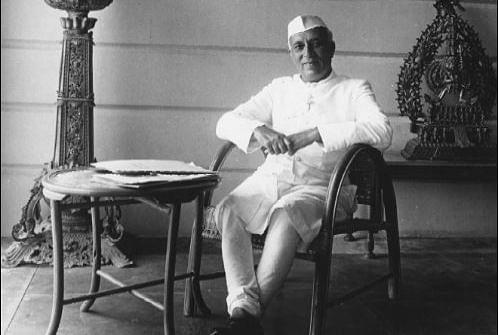 Blaming Jawaharlal Nehru for the Partition of India in 1947 has lately become fashionable in the country’s political discourse. It is the view of a number of academics and experts that Nehru was responsible for Partition because he did not agree to the Cabinet Mission Plan of 16 May 1946. This plan would have kept India united externally, but internally separated into Muslim majority and Hindu majority blocs, each with its own laws and systems of government, except in national level matters of armed forces, currency, international relations, etc, which would be overseen by a union government, where Hindus and Muslims would have equal representation.

Nehru refused to agree to this plan. The second Cabinet Mission Plan of 16 June 1946 proposed that India be divided into two independent countries, one Muslim majority and the other Hindu majority. Nehru agreed to this.

Hindu nationalists concerned with Bharat’s loss of territory happily blame secular Nehru for having caused the Partition of the country. Muhammad Ali Jinnah's sympathisers, looking to blame Hindus for Partition and for Hindu-Muslim conflict, also hold Nehru responsible for the Partition, claiming that under the first Cabinet Mission Plan, Partition would have been avoided and we would not be facing all the conflict of Muslim populations chafing against the Hindu-dominated state, whether in Kashmir or elsewhere.

I do not agree with this view.

There are more than 50 Muslim-majority countries in the world. Secular, liberal and pluralistic democracy does not have a robust history and a stable future in any of them, except perhaps Malaysia. Pakistan, the very subject of the Cabinet Mission Plan, was unable to develop a robust and stable constitution that defines and fixes the roles of the institutions of the state and the rights and privileges of the citizens. It has gone through multiple new constitutions and keeps alternating between jihad-obsessed military dictatorships and civilian kleptocrats, putting on a charade of democracy. It has been consumed since day one by its purpose against the Hindus, and imprisoned by the demand from every corner that the state be strictly compliant with Islam.

What reason do we have to suppose that the mechanisms and failings that have afflicted the Pakistani state, and the methods and types of power that it applies so effectively against India would not have been the dynamic of the Muslim majority section of undivided India? What difference of history, heritage, culture and outlook would there have been between the Pakistan that is and the Muslim majority autonomous region that might have been?

It would have been worse, in fact. For one thing, imagine the likes of Zulfiqar Ali Bhutto, Yahya Khan, Zia-ul-Haq, Pervez Musharraf and Hafiz Saeed as representatives of the Muslim-majority section at the central level, making their own laws and running their own government internally, but also having equal control over and representation in India’s military, economic affairs and foreign relations, despite a minority population and a small economy. A Pakistan within India with as much say in Delhi as everyone else put together. On what planet would that have been a good idea?

Anybody want to guess whether the leaders of the Muslim-majority area would have built up a powerful militarised police force in the name of protecting themselves from the threat to their future autonomy supposedly posed by the more numerous population of the Hindu majority section? Isn’t that the reason Pakistan gives for having turned itself into a garrison state?

Nehru would have been insane to accept this. There was no alternative to Partition. Perhaps, if he had foreseen the human Armageddon that followed the Partition, he might have made a different choice. But that would only mean that the threat of blood and horror was enough to hand over to the Muslim League not just absolute and unstructured rule over the Muslims of the subcontinent, but also a say in the government and armed forces equal to that of more than twice as many Hindus.

I am not saying that Partition was the best possible outcome. The best outcome would have been an undivided India that would have been constitutionally identical to the Republic of India that we do have, with Sindh, Punjab and Bengal as states within the republic.

But it was not a possibility that Jinnah and the Muslim League were open to, despite the best efforts of Nehru and those who wanted a united and secular India. The only choice was the Cabinet Mission Plan of autonomous Hindu and Muslim provinces with a weak centre of equal representation, or Partition.

Between these choices, Partition was the correct one by any measure. If the Muslim League had ensured that an Islamic state would for all practical purposes exist in South Asia, it was better that it was removed from India and exist separately, than for it to shape and control India from within.

Nehru’s decision to agree to Partition has to be seen as a personally devastating but correct one, that must have required an enormous sense of responsibility to the people and to history.

Unfortunately, in the years and decades since 1947, the Indian National Congress (INC) sold out the Muslims of the Republic of India and did not deliver on the promise of secular democracy. Instead, it conceded non-secular space to Islam, as if Jinnah, Syed Ahmed Khan, and all the other Two-Nation Theory proponents had been right all along.
If the Muslims of India were to vote as individuals in light of their own hopes, wishes, wants, needs and dreams, we would have a very liberated Muslim population. But we do not. The INC made it a norm to collect Muslim votes from Muslim community leaders in exchange for keeping the liberal and secular ideal of the Indian state away from their flock.

The result is a Muslim population where children who are sent to madrassas do not get educated in English, maths, science, geography and civics. Muslim women do not have the rights and protections provided by the laws of the republic to all other citizens, and are subject to Muslim family law, never mind the dreams of a secular liberal India, where all are equal before the law. For these Muslims of India it has made no difference whether the country ever became free, or whether it was partitioned, or whether the second Cabinet Mission Plan had been agreed to.

Outside of Kashmir, there have been almost no great grassroots Muslim political leaders in independent India who have inspired Muslims or non-Muslims with the promise of liberal and representative democracy working for the freedom and upliftment of Muslims and non-Muslims. We've only had token Muslim figures, who seem to have had no job except to act as power brokers and deal facilitators between their party chiefs and the maulvis and imams, whose objective it has always been to preserve their community in Islam, isolated from the diluting, liberalising and empowering reach of India's liberal, secular and democratic socio-political order.

The INC should have brought in secular law with uniform rights and protections on the basis of its ideals as a secular liberal party, as the one that made the right choice rejecting the Cabinet Mission Plan. Nehru was right in rejecting the first Cabinet Mission Plan, but since then the INC has not just failed to deliver on its promise, it has gone from opposing the Muslim League to becoming the perpetuator of two nations within India, all in order to easily win and perpetuate its political power over everyone else.

Targeting Nehru is easy. Bringing Uniform Civil Code (UCC) is tough. I want to see the Bharatiya Janata Party implement UCC and deliver on the promise of a secular India. That will be the real defeat of Jinnah and the Two-Nation Theory.