The Captain Who Fiddled While Stubble Burnt 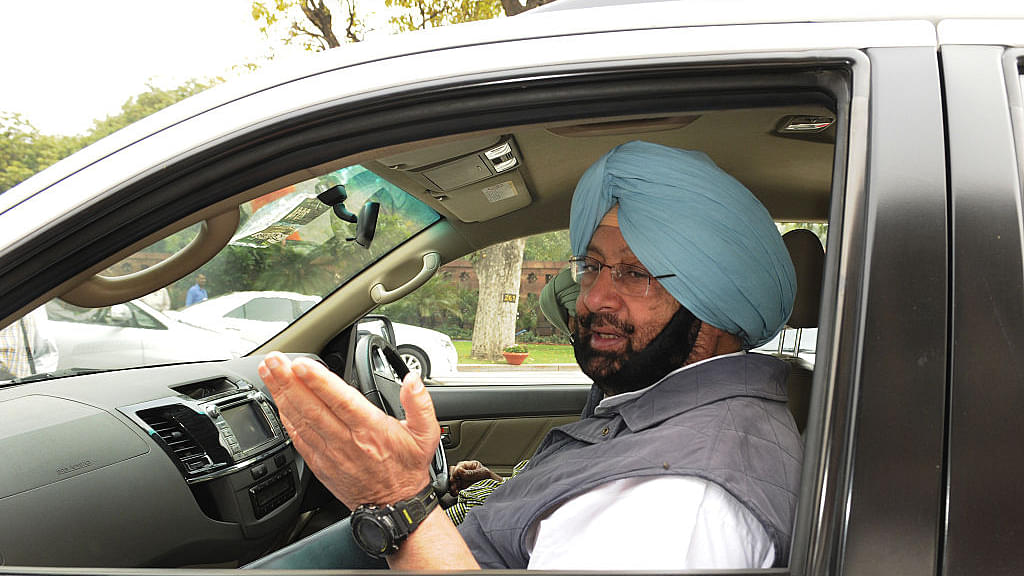 The story of Delhi’s air pollution is a never-ending one. Far from being solved, it is mushrooming into a major crisis with each passing day. So bad was the situation that yesterday (8 November), the Indian Medical Association (IMA) declared the capital to be in a state of public health emergency.

Politicians meanwhile have been running helter-skelter, but nobody seems to be doing anything. Chief Minister of the National Capital Territory of Delhi (NCT) Arvind Kejriwal rightly blamed the paddy-stubble burning in Punjab and sought an urgent meeting with his Punjab counterpart Amarinder Singh. Elsewhere, his party members in the northern state were seen burning stubble in an apparent ‘show of solidarity’ with farmers in Punjab.

The Supreme Court and the National Green Tribunal are still grasping at straws to find a solution – the former banned the sale of fireworks during Deepavali even though they admitted there wasn’t enough data to justify it, and the latter today (9 November) has imposed a ban on all construction and industrial activities in the NCT, thereby crippling the economy of the capital. In contrast, the Delhi High Court, back in 2016, did take matters seriously.

The High Court had asked for the four states around the NCT – Haryana, Punjab, Uttar Pradesh and Rajasthan – to produce an action plan to eliminate the practice of stubble burning. Further, the High Court had stated that it would hold the chief secretaries of the state responsible for the implementation of its order.

So far, the state that seems to have responded proactively is Haryana. The government’s decision to completely ban the practice has resulted in outrage from farmers, many of whom in early October decided to carry their stubble to Ladwa in Kurukshetra and burn it in the heart of the city should they not find a buyer. The state police, while cracking down on errant farmers, has taken action against over a thousand farmers for setting their stubble on fire. While the real issue of dealing with the stubble is yet to be sorted out, the state government is proactively working on ensuring that the stubble is not set on fire.

In mid-October this year, it was reported that pollution in Delhi was down by 40 per cent compared to the same period last year, due to reduced instances of stubble-burning. Haryana government officials further went on to say that due to better agricultural practices, the situation was expected to improve. The government further went on to put in place a reward of Rs 50,000 to 100 villages that resolved not to burn stubble.

Punjab meanwhile has not done much. NASA’s Earth Observatory, which tracks smoke and thermal changes across the earth’s surface, attests to that. A cursory glance between November 2016 and November 2017, especially during the winter season, shows a high number of red dots – indicating thermal anomalies – concentrated within Punjab and eastern Uttar Pradesh, but far fewer in Haryana, this year.

Chief Minister Amarinder Singh went on record to say that the state did not have money to handle the stubble, and passed the buck to the centre, thereby absolving himself of any responsibility in the matter. He also said that the state had no place to store 20 million tonnes of paddy stubble.

In spite of all this, Haryana’s progress is not reported much, and only farmers’ anger seems to have gained the spotlight, while nobody seems to be talking about the responsibilities of the Punjab government at all.

Delhi might be the capital of the country, but its neighbours are stakeholders in the solution to the smog problem in and around the capital. Unless Punjab takes concrete steps to solve the problem, Haryana’s efforts will go in vain.