The Economy, Stupid: Why The NDA Faces A Rocky Road To Re-Election 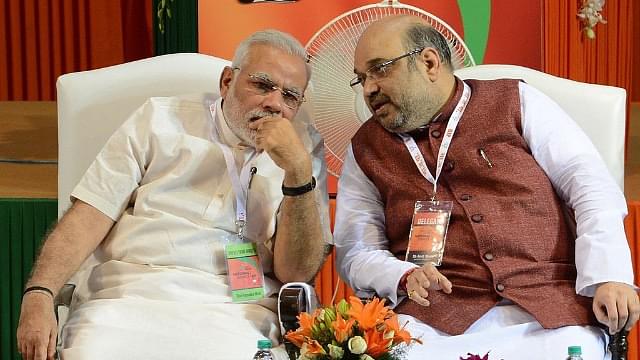 Democratic Party strategist, James Carville, coined the memorable phrase, “The economy, stupid,” during Bill Clinton’s successful presidential campaign in 1992. Despite the successful conclusion of the Iraq War and an economy that appeared to be on the mend, George Herbert Walker Bush lost the 1992 election because the improvement in the economy was too little, too late.

The National Democratic Alliance (NDA) may face a similar situation in 2019. The economy may pick up some speed in 2018, yet it may be too little, too late. If the NDA is going to sink, the blame lies squarely with the senseless belt tightening policies that even its original proponents – the IMF and Washington – are starting to question.

The Economy Matters For Elections

Most of the Indian political commentary is about caste arithmetic, communalism, opposition consolidation, etc. Economic performance is seldom discussed, although the track record of economy as a predictor is surprisingly good. Consider the chart below, which shows the five-year growth rate of gross domestic product (GDP) less the GDP growth in the previous five years (essentially, we are comparing one block of five years to the previous block of five years).

The blue arrows show elections that the incumbent party either lost or in which it was significantly weakened. In every one of those elections, barring one, the five-year GDP growth had badly lagged the growth in the five years prior. The one exception was 1989, and even in that case, there was a sharp decline in the economic outperformance. In contrast, the green arrows point to years in which the incumbent party returned to power, and in every one of them the economy had done vastly better compared with the previous five years. That is a track record of predicting nine out of 11 elections correctly (the 1980 election is not shown below but the Janata government underperformed)! Admittedly, the sample size is small, and we can always point to unique circumstances and narratives in each election. I would argue that those narratives gain traction because of the economy.

Why The NDA Faces A Rocky Road Ro Re-election

Prime Minster Narendra Modi was swept to power after a disappointing economic performance, in the United Progressive Alliance’s (UPA) second innings, on the promise of ‘acche din’. Yet, at this point the economy is barely outperforming UPA 2. The GDP growth under NDA is averaging 7 per cent, barely above the 6.5 per cent during UPA 2. I do not think that such a meagre improvement is what the public expected when they gave the BJP a historic mandate.

Moreover, the GDP data probably overstate how well the economy is doing. There have been numerous questions about the new GDP methodology. Without retreading those arguments, consider industrial production data, which in the past three years has been decidedly weak. Meanwhile, employment growth remains sluggish at best.

Austerity Policies To Blame For The Predicament

The NDA inherited an economy that was in shambles, corporates were struggling under an enormous debt load from the borrowing binge of the previous decade, banks were saddled with a mountain of nonperforming loans, and inflation was uncomfortably high although it was coming down. Meanwhile, the global economy was sluggish and world trade stagnant. Amidst such circumstances, fiscal consolidation was an unsound policy (see my article in Swarajya). In addition, the government signed on to the fatuous inflation targeting regime (see my article on the dangers of inflation targeting), which has resulted in India having one of the highest real interest rates in the world.

The government seems to be making some course correction. It has provided some relief on goods and services tax rates. After the jolt of the Gujarat elections, the government may well adopt some fiscal stimulus in the forthcoming budget. Unfortunately, there is probably not enough time to widen the gap in performance over UPA 2. Even if the economy averages 8 per cent growth over the next seven quarters, it will have outperformed UPA 2 by 0.8 per cent, which would be still well below the near 2 per cent out-performance that guaranteed re-election in past cycles.

On the bright side, the government is in better shape than NDA 1 in 2004. Moreover, the prospects of a poor monsoon appear to be low.