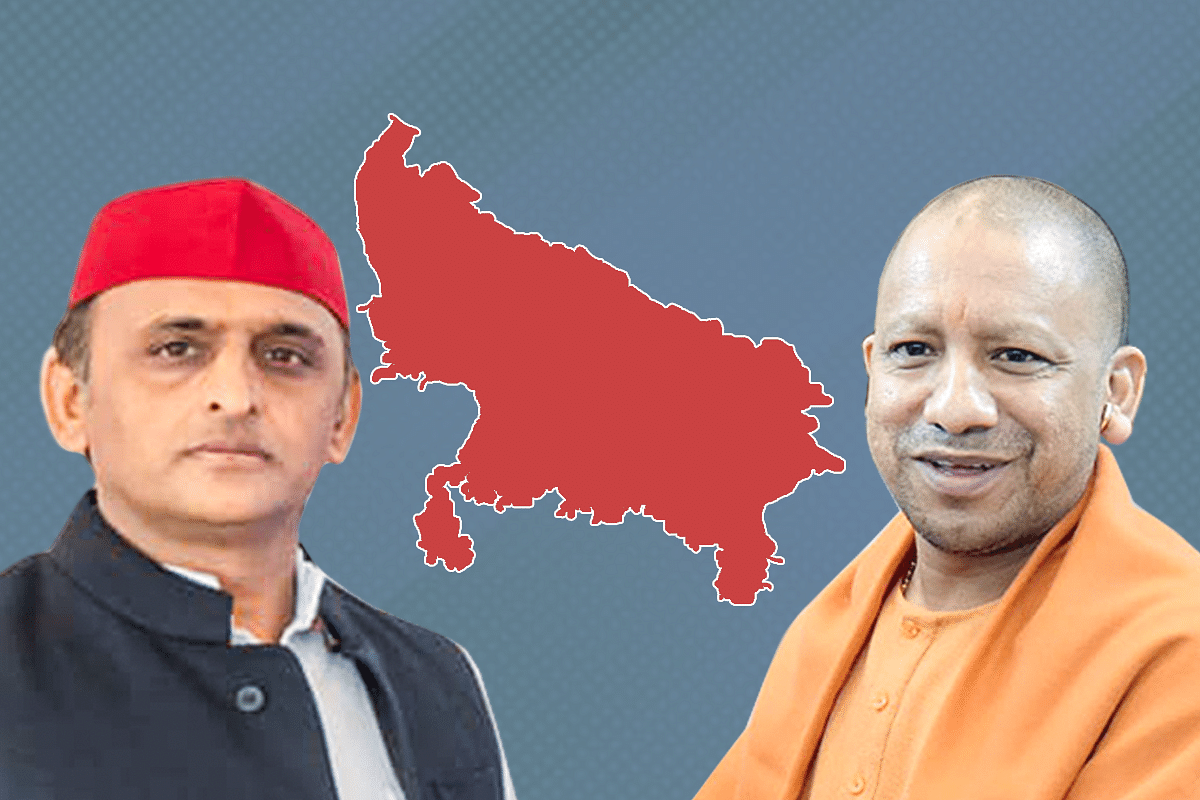 Nothing defines the end point of secularism like elections. A vote is a precise, tangible and unambiguous declaration of intent which describes popular sentiment in simple, straightforward, quantifiable terms. It explicitly negates rhetoric, wishful thinking, and cafe intellectualism with frugal severity, to upend narratives and clearly outline the arc of change.

Thus, the results of two by-elections conducted recently in Uttar Pradesh, for Rampur and Azamgarh Lok Sabha seats, reflect a deeper ongoing socio-political churning than is generally appreciated. Vapid Nehruvian secularism, minority appeasement, hoary socialism, and vote bank politics are gradually, inexorably, and systematically being replaced by popular will, with Hindutva and the power of private enterprise.

This has myriad implications, reflects similar stirrings in other parts of the country. It will manifest itself in the 2024 general elections and shape future politics.

The Samajwadi Party (SP) was expected to retain these two seats, but instead, the Bharatiya Janata Party (BJP) won both. Swarajya’s pre-election analysis indicated that the BJP had an outside chance of winning Rampur and Azamgarh only if certain conditions, with a fairly low probability of occurrence, came to pass.

In Rampur, the only way the BJP could win was if 6-7 per cent of the SP’s Yadav vote shifted to the BJP. In Azamgarh, a BJP victory was predicated upon the Bahujan Samaj Party (BSP) splitting the Muslim vote, to make it a tight three-way contest. Surprisingly, both outlier events transpired.

What does this mean?

In the immediate instance, the BJP’s tally in the Lok Sabha goes up by two to 64, the SP’s comes down from five to three, and the BSP stays static at 10 seats. Standings are given in a table below:

Third, the BSP garnered a greater vote share in the by-polls, than it did in the March 2022 elections, by the expedient of splitting the Muslim vote. The fact that this aided the BJP is another story.

Fourth, the BSP has thrice as many Lok Sabha seats as the SP, even after it declined to contest Rampur. Considering that the BSP won Chamrauha segment of Rampur in the 2012 assembly elections, is the party so resigned to its fate that it now skips key polls?

Fifth, lest we forget, the Congress didn’t even bother to contest the by-polls. Instead, party general secretary Priyanka Gandhi Vadra reportedly flew off to the Maldives on voting day, 23 June, and was expected back in India only a week later.

So, what is the underlying impetus for the Muslim vote getting split exactly when it should have been more united than ever? What makes national political parties shy away from contesting important by-elections? How was the BJP able to pull off these two surprise victories? What are we missing?

Many of the answers lie in the churning referred to at the start of this piece.

If we look back at the electoral politics of the past three decades, the primary objective of most political parties has been to either keep the BJP out of power, or to contain its rise. This is particularly true in Uttar Pradesh, where parties have changed alliances from election to election, in the hope that their caste coalitions built around a Muslim vote nucleus gets them the popular mandate.

To this end, arch enemies in UP, like the SP, BSP, or Congress, allied with each other, or the Rashtriya Lok Dal (RLD), with frequent success. The SP has allied on more than once occasion with the BSP; the BSP with the BJP; the Congress with the SP; and everyone with the RLD. But this approach has stopped working in the past decade for three reasons.

One, having furiously played identity against identity for so long, the diversity of these parties is called into question when they abruptly paper over their differences, to form contradictory coalitions and jointly take on the BJP; their vote base gets confused.

Two, this bewildering shift of alliance between parties, who had traditionally been at loggerheads with one another from even before the advent of the BJP, ends up edging one or more parties out of the political space with each election cycle. In UP, the first victim of its own such politicking was the RLD; next was the Congress; then, the BSP; and now, it is the SP’s turn.

Three, this sudden, existential desperation to build a bridge between divisive identities, so assiduously separated over the years by baleful narratives, only fuels an exodus to the BJP. Voters aren’t fools: if Dalit, Yadav, or Jat, are made to band together, only to still lose repeatedly to the BJP, then it makes more sense for them to junk such ersatz alienations, and join the mainstream. It is politically profitable too.

There is also a spiritual dimension to this churning. For all the neo-Marxist rhetoric of uplifting the underclass, like throwing off the chains of Brahminical patriarchy, and the truly indisputable electoral success such identity-speak once bought, the simple fact is that an ‘emancipated’ Dalit, for example, sees himself, or herself, solely as a Hindu.

This is the end point of secularism: a supra-caste consolidation growing across India, which outrightly rejects identity politics and freebie-welfarism, while collectively, and spontaneously, countering blocs built around the Muslim vote.

The electoral inference of that observation is staggering, since it means that there exists significant space for the BJP’s growth not just in UP, but most other parts of the country as well. The easiest conclusion one may draw from that inference, then, is that the Left-Liberal jamaat’s tactic of waiting matters out, in the fond hope that the BJP will somehow, someday, decombust, is a waste of time, since this juggernaut is just getting started.

For proof, readers may study the results of a clutch of by-elections held this June. The BJP used to count itself lucky, if it got more than 1 per cent of the vote on its own in Atmakur assembly constituency of Andhra Pradesh. But this time, though the ruling YSRCP won three-quarters of the vote, the standout statistic was that the BJP polled 14 per cent. The Congress and the Telugu Desam didn’t even participate.

The BJP got 9 per cent in Sangrur parliamentary constituency, in Punjab — a seat which it hadn’t contested before. In Jharkhand, their candidate came second with 35 per cent, in spite of being hamstrung by a rebel candidate. And in Tripura, they won 3 of 4 by-polls convincingly.

Viewed from another angle, this end point of secularism is perhaps best defined by a spat between Muslims, and Yadav supporters of the SP in Uttar Pradesh. Professor Shaikh Sadeque, president of an obscure, Maharashtra-based Muslim outfit called the Tipu Sultan Party, bemoaned the fact that Muslims in UP loyally voted for the SP, even as Yadavs blithely voted for the BJP. While SP supporters like the good professor must be feeling immensely foolish, not even sympathy will help, because if the SP’s core Yadav base is finally crumbling, then it’s adieu appeasement.

At best, people like Sadeque may want to reconsider their party’s name, integrate with the mainstream, and choose a less-inappropriate appellation for their outfit — one, for example, which doesn’t valorise a brutal bigot who violently subjugated and converted innocents of other faiths.

At worst, the ressentiment generated by a sustained, obdurate, delusional refusal to reject cultural separatism, and allied with the similar helpless fury of the secularists, could mean a trying time for law and order. Administrations will be tested. Frustrations will spill into the open. Militant activism and radicalism will raise their heads up further. Political discourse, compromise, or civility will be available only at a premium.

Nonetheless, an end point to secularism is approaching, and there is no wishing it away.