The Integrity Of Politics: Does Gerrymandering Exist In India? 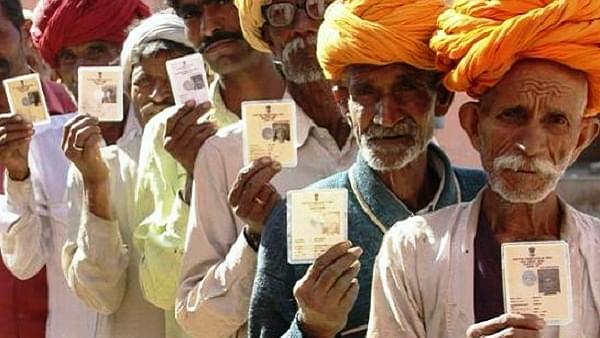 People queuing up to vote (@salimkaskar3/Twitter)

For those not aware, gerrymandering refers to the practice of manipulating boundaries of political constituencies so as to provide one party with an advantage over another. The practice is notoriously a problem in the United States, where both parties agree it is a problem, but neither is willing to really change it. In India, such a problem has not been raised in recent memory by anyone. And that is because the system in India is arguably fairer than the one in the United States. (I'll come to that in a moment).

Forbes India recently published a piece regarding gerrymandering in India. The article highlighted the weird shape of certain constituencies and postulated that they were ‘gerrymandered’.

The problem is that the shape of the constituencies highlighted maybe unusual, but they are not gerrymandered because they do not inherently favour any political party, or it is unlikely to be the case, because the boundaries were drawn by the Delimitation Commission. The Forbes India article concedes to the same:

In a lot of cases, even with significant domain knowledge, it is not easy to tell which candidate or party would benefit from the way the lines on the electoral map are drawn.

There is no benefit for any party per se, because the boundaries have been drawn by a Delimitation Commission and not a political body like a legislature.

While the 84th Constitutional Amendment had frozen the seats in each state for the Lok Sabha and state legislative assemblies, they had to be redrawn to account for the demographic changes in the regions. This was, in essence, the task of the commission. It was to bring about a judicious balance of voters within every constituency in a state. [1]

The structure of the commission

The commission was headed by a serving or retired Supreme Court Justice, appointed by the Central Government, the Chief Election Commissioner and the election commissioner of the relevant state. The commission also had 'Associate Members', five MPs and MLAs from each state, nominated by the Speaker. They were however not permitted to vote or issue any orders. The commission had only the power to recommend changes to the President who would issue the final order. Once issued, no court has the jurisdiction to challenge it.

How they drew the boundaries

The commission took these boundaries as frozen on 15 February 2004. These administrative divisions are, in most cases, created to meet governmental requirements than political concerns. [3]

If we are to look at the Forbes article again, it notes the following constituencies:

The 'weird shape’ of the constituencies, as stated, could, in many cases, be explained rather simply. For example, the weird shape in Kaliabor is due to the autonomous district in between, as explained by @JayaramanRohit:

The article fails to even delve into the reasons why constituencies may not be appropriately shaped. While BLR north is probably gerrymandered, kaliabor has its shape because the area in the middle is the autonomous district seat.

As for the other seats, one should note that three of these seats are reserved constituencies. This acquires special significance because the The Delimitation Act, 2002, under Section 9, states that the delimitation commission is required to include the maximum amount of population of Scheduled Castes or Tribes within that constituency. Which is why for example, Mavelikkara constituency in Kerala looks like a long line. Nabarangpur constituency in Orissa has a weird shape for this very same reason.

The most important aspect here is that the creation of these constituencies is by an apolitical body, whose main members are drawn from the Indian Judiciary and the bureaucracy. It is possible that they have biases that may have influenced their decisions. But the commission's process was so long drawn out, with multiple public sittings that it would be impossible for such a bias not to be apparent.

This is in contrast to the intensely political process that the United States has, which involves, in many cases, the state legislatures deciding the boundaries. Such a situation does not exist in India.

In the United States, gerrymandering has led to non-competitive races in most congressional districts. On the other hand, in India, 90 per cent of constituencies experience fierce competition. This itself is enough proof that our constituencies are not gerrymandered.

The boundaries of every constituency may not make eminent sense but within the constraints that the commission had, there can be no doubt that they did the best job they could. In any case, these constituencies are only geographically skewed, not politically skewed.

While gerrymandering does not exist in Assembly or Lok Sabha constituencies in India as detailed above, the same cannot be said for local self government wards. There have been accusations of such biased constituencies in many cases.

[1] That the vote in one state will not be equal to another is a given because the electorate size in each constituency varies due to the freezing of seats per state in the Lower House. This leads to rather fascinating calculations which is better explained in a separate piece.

[3] Exceptions exist, of course, Malapurram being the most prominent one. But even in that case, it is hard to argue that the creation of the district loaded a constituency for one party.