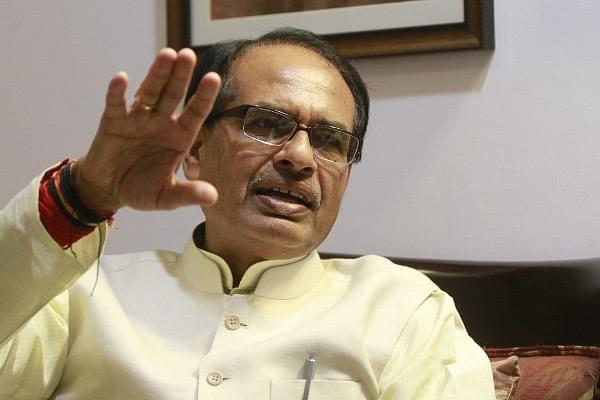 The upper castes held a massive mahasammelan in Bhopal on 30 September. On this day, the SAPAKS (Saaamanya Picchda Evam Alpasankhyak Varg Adhikari Karmachari Sanstha) was protesting the central government amendment to the Scheduled Caste-Scheduled Tribe (Prevention of Atrocities) Act nullifying a Supreme Court order on it. The state was boiling with protests, and even a section of Other Backward Class (OBC) was seen supporting the movement.

On this issue, both Congress as well as the Bharatiya Janata Party (BJP) leaders has faced the wrath of the public. In villages, posters have been put up saying ‘upper caste stay here, BJP leaders please don’t come here to seek votes’.

This agitation has taken the political parties by surprise and upset their calculations. The first casualty of the movement was the alliance talks between Congress and Bahujan Samaj Party. The Congress couldn’t risk being seen openly on the side of SC-STs and upset the forward caste.

There are many estimates of the population of forward caste in the state and a reasonable estimate is between 15 per cent and 22 per cent. The upper caste has been voting for BJP in the state since the advent of the Ram Mandir movement. The OBC comprise 33 per cent to 37 per cent of the population. This vote is solidly behind BJP since 2003. Many sections of the OBC are also supporting the Savarn Andolan because if you look at the cases under the SC-ST Act, the majority is reported against the OBC. The anger amongst the upper caste is much more and the discontent has been simmering for some time now - beginning with Shivraj Singh Chouhan’s ‘koi mai ka laal’ comment on reservations to the fact that an upper caste member was not made the president of Madhya Pradesh BJP after the resignation of Nandkumar Chouhan. Both the top slots of CM and BJP president are occupied by OBC members, which have hurt the sentiments of the forward caste.

The upper caste population is the highest in Gwalior Chambal and Vindhya regions. These regions have been witnessing a triangular contest with BSP also recording 16 per cent to 17 per cent vote share. BJP’s vote share of 37 per cent to 38 per cent in these regions is much lower than state average of 45 per cent. Congress is not far behind with 32 per cent to 34 per cent vote share. These regions have 63 seats out of which BJP currently has 36, Congress, 23, and BSP four. BSP’s entire tally in the assembly is from these regions. In Mahakoshal too, which has 31 seats, upper caste resentment could play a decisive role. The BJP’s lead is thin here (6 per cent). This is one of the most rewarding regions for the Congress in terms of vote share.

Madhya Bharat too has a high population of upper caste (24 per cent). However, here, BJP enjoys a big lead (16 per cent) and currently holds 32 out of 39 seats in this region.

Considering the seriousness of the matter, Chief Minister Shivraj Singh Chouhan said that this act will not be misused in the state and nobody will be arrested without proper investigation.

But this has not tempered the andolan. SAPAKS leaders countered Chouhan by saying that his statement had no legal validity and that the state has no role to play as it is a central act.

On the other hand, Rahul Gandhi has started with his temple hopping. The party is trying to woo the Brahmins who have been out of power in the state for long. The party strategists feel that the 8 per cent to 10 per cent Brahmin votes could close the gap between the BJP and the Congress. Party spokesperson Randeep Surjewala recently said that Congress has Brahmin DNA. With announcements like these, the party is trying to take electoral advantage. However, this is being all done subtly so as to not upset its core vote bank of SC-ST-Muslims.

BJP hopes the issue will not hold till the elections and fizzle out. After all, SAPAKS is just a government employee body. They would struggle to get winnable candidates. As the election dates near, upper caste will likely gravitate towards the BJP due to TINA (there is no alternative) factor. A section of supporters of the movement are unhappy with the political turn of the agitation. Kisan leader Raghunandan Shastri, one of the founding members, has left the party and joined BJP. It is also doubtful if the party has enough resources to contest elections.

What are the opinion polls saying?

The only constant in the Indian democracy is that it is in a constant state of churn. The current upper caste movement in Madhya Pradesh is one such stage - the party that stays ahead of the game, wins.