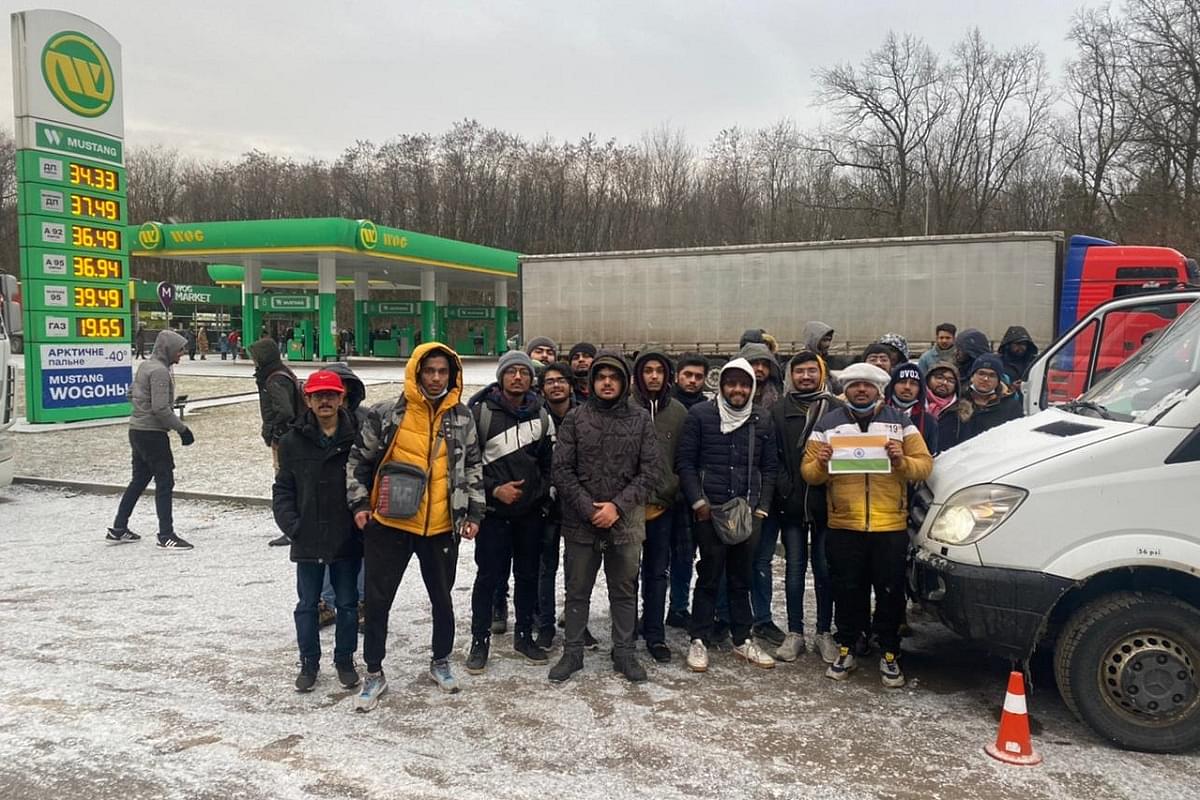 New Delhi, Mar 2 (PTI) The Indian embassy in Polish capital Warsaw on Wednesday advised Indians stuck in Lviv and Ternopil and other places in western Ukraine to travel at the earliest to the Budomierz border check-point for a relatively quick entry into Poland.

In an advisory, the embassy asked the Indians to consider avoiding the Shehyni-Medyka border crossing which has been witnessing very long queues and massive gatherings of people.

India has launched an evacuation mission under which its nationals from Hungary, Romania, Poland and Slovakia are being brought back home after their exit from Ukraine through its land border crossings.

'Indians presently in Lviv and Ternopil and other places in western Ukraine may travel at the earliest to Budomierz border check-point for a relatively quick entry into Poland,' the embassy said.

'Alternatively, they are advised to travel south to transit via Hungary or Romania. They may avoid Shehyni-Medyka border crossing which continues to be congested,' it said.

It said the embassy has deployed officials in Medyka and Budomierz border check-points who will receive all evacuees and facilitate their travel to India.

'Those who enter Poland from any other border crossing where Indian officials are not deployed may kindly travel directly to Hotel Prezydencki, ul. Podwisłocze 48 in Rzeszow where all arrangements have been made for their stay and from where Operation Ganga flights to India are being operated regularly,' it said.

The embassy said the transportation charges will be paid at the hotel by the embassy, in case Indian students do not have funds for it.

At a media briefing on Tuesday night, Foreign Secretary Harsh Vardhan Shringla said 26 flights have been scheduled to bring Indian citizens over the next three days.

He said apart from Bucharest and Budapest, airports in Poland and the Slovak Republic will also be used to operate the flights.

'I had mentioned that we had an estimated 20,000 Indian students in Ukraine at the time that we issued our first advisory,' he said.

'This is the general number of people who are Indian nationals in Ukraine and from that number 12,000, approximately have since left Ukraine, which is 60 per cent of the total number of our citizens in Ukraine,' Shringla said.

He further added: 'Of the remaining 40 per cent, roughly half remain in the conflict zone in the Kharkiv-Sumy area and other half have either reached the western borders of Ukraine or are heading towards the western borders of Ukraine. In other words, they are generally out of the conflict areas, out of harm's way.' The Indian embassy in Ukraine issued a series of advisories earlier last month requesting people to consider leaving the country after its tensions with Russia increased.