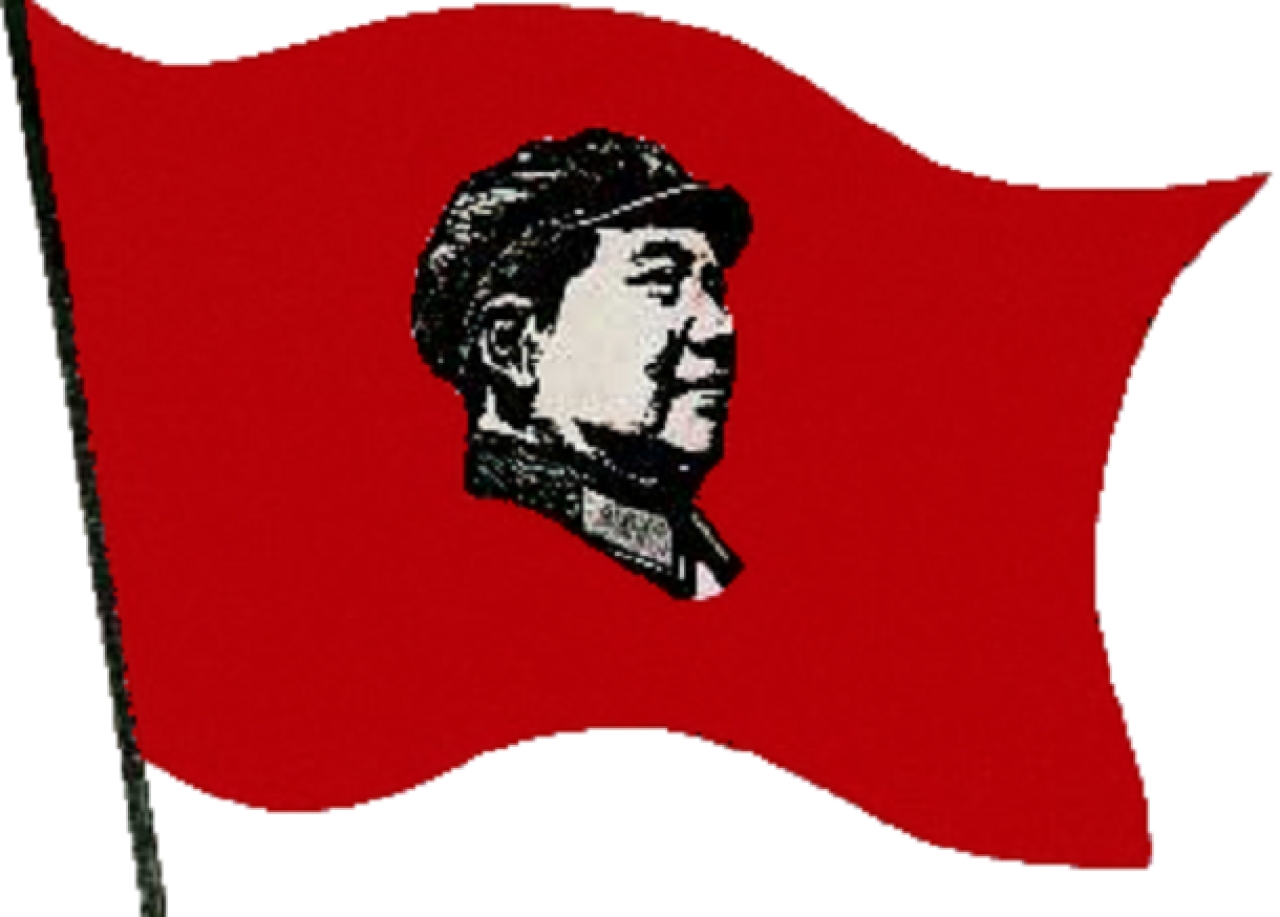 One of India’s gravest security threat is the far-left  Maoist militant movement.  Part 2 of our series on Maoism elaborates on the party structure of the Communist Party of India (Maoist).

Realizing the need to unite to wage a unified war against the enemy, the Indian state, the Maoist splinter groups attempted some mergers in 1990s. In September 1993, the MCC, the CPI (ML) (PWG) and the CPI (ML) Party Unity formed All India People’s Resistance Forum (AIPRF) to coordinate their struggles in different locations of the country. In August 1998, the Party Unity merged with CPI (ML) (People’s War Group) renaming it as People’s War. In January 2003, the Revolutionary Communist Centre of India-Maoist (RCCI-M) merged with the MCC to form the Maoist Communist Centre of India (MCCI). On September 21, 2004, the ever greatest merger took place between the CPI (ML) People’s War of Andhra Pradesh and the MCCI of Bihar, thus giving birth to the Communist Party of India (Maoist) or CPI (Maoist). Currently, 24 Left Wing Extremist (LWE) groups are believed to be active in India. However, only 5-6 of them are major violent armed groups. The CPI (Maoist) is the biggest and most lethal among all the 24 LWE groups active in India and is held responsible for about 85 per cent of the violence stoked by the LWE groups. It calls itself to be ideologically the real party of the proletariat that follows the correct mass-line and other LWE groups to be either revisionist or Right/Left opportunist. However, the other LWE groups have contrary opinions about the CPI (Maoist). To illustrate, the CPI (ML) Red Star, earlier Red Flag, has the following opinion about the CPI (Maoist):

On the other extreme, there is CPI (Maoist) which is advocating the continuation of the line that armed struggle is the only form of struggle to be followed, with armed squads as the main form of organization… [and] is continuing the same old annihilation line with some cosmetic changes…In essence it has vulgarized the contributions of Mao by reducing it to what is stated in “Long Live the Victory of People’s War” by Lin Biao.

LWE groups’ internal conflicts apart, the CPI (Maoist) is the biggest and the most lethal among the active 24 LWE groups. It is believed to be headed by its General Secretary Muppala Lakshmana Rao alias Ganpathy (aged 66 years) who hails from Karim Nagar, Andhra Pradesh. Ganapathy has INR 2.5 crore bounty. In fact in 2013, he topped the list of most wanted man in India. CPI (Maoist) is proscribed under Section 35 of the Unlawful Activities (Prevention) Act, 1967 and is an underground party.   The Constitution of CPI (Maoist) 2004 provides for the set-up of the party structure, which could be summarized as follows: 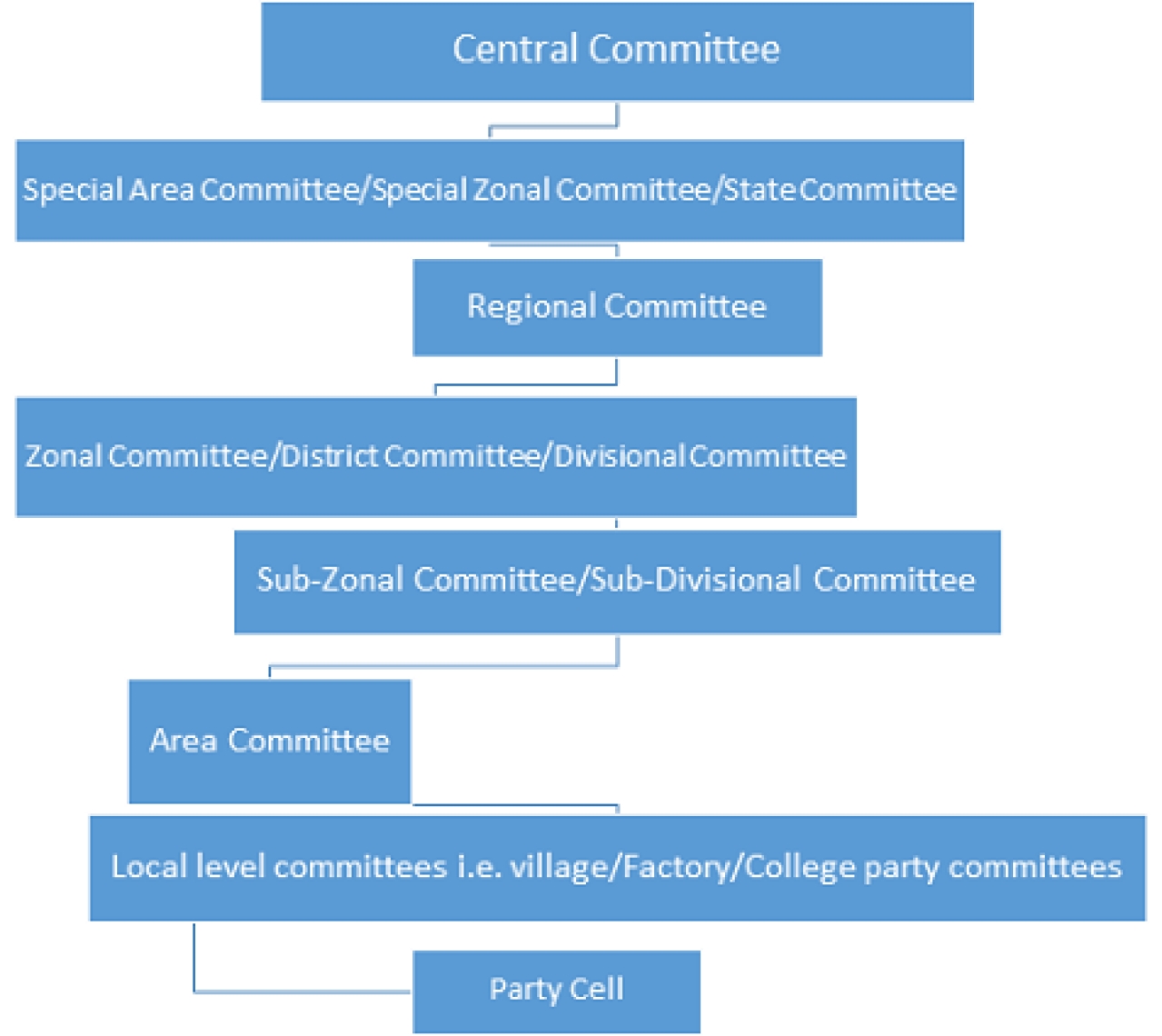 The basic unit of the Party is Party Cell which consists of three (minimum) to five (maximum) members and can be formed area-wise, profession-wise or production-wise. In many of the Indian states, they have formed these committees and are operating through them. They have concrete presence in 9-10 states which are categorised as Naxal-affected states.

The Communist Party of India (Maoist) has been successful in maintaining a large number of armed guerrillas. The guerrilla forces are actually maintained and supervised by Central Military Commission (CMC). The Central Committee (CC) constitutes the CMC. It is structurally a huge body. It was formed in 1999 to look after, among other things, “the military field including Production and Technical wings in the party”. According to the Left Wing Extremism Division of the Ministry of Home Affairs, following departments fall under the direct command of the CMC:

Maoists believe that at the core of a state’s legitimacy lies its military power. To destroy the military power of a state is to capture the state. And that is how a ‘revolution’ happens. But Maoists know that they are now not in a position to open an all-out war against the Indian armed forces or so. They term this situation as Stage of Strategic Defensive. In the People’s Protracted War which is a war method to expand a war in time and space to harass the enemy forces, there are three strategic stages: Stage of Strategic Defensive, Stage of Strategic Stalemate and Stage of Strategic Offensive. Maoists think that Indian armed forces are superior to them only from the tactical point of view, not from the strategic point of view. The strategy is to destroy the armed forces bit-by-bit as a full meal is eaten up mouthful by mouthful. They would wait for an appropriate timing to wage a full-blown war against the armed forces, for example, at the time of national crisis ensuing from a full-fledged war with neighbouring countries or a war on a world scale. At the moment, they see before them two immediate tasks—to transform guerrilla zones into red base areas and the PLGA to People’s Liberation Army (PLA) by shifting from guerrilla warfare via mobile warfare to positional warfare. At the same time to work on the modalities to capture the urban areas though the means of urban warfare. For them, capturing the urban areas will mean capturing the state power. State power gets feeble when it approaches periphery (rural areas) from centre (urban areas). That is why Maoists begin with their revolutionary activities from rural areas and set up their military bases therein to convert those areas first into guerrilla zones and then further into red bases.

Considering the Maoists’ long-term strategy, experts opine that the formation of the PLGA on December 2, 2000 was a turning point in the Maoist movement. It was founded by the then Communist Party of India–Marxist-Leninist (People’s War), originally as People’s Guerrilla Army (PLA). After the merger took place between the People’s War Group and Maoist Communist Centre (MCC) in September 2004, the name of the PLA was rechristened as PLGA. The compositional structure of the PLGA is shown in the following chart: 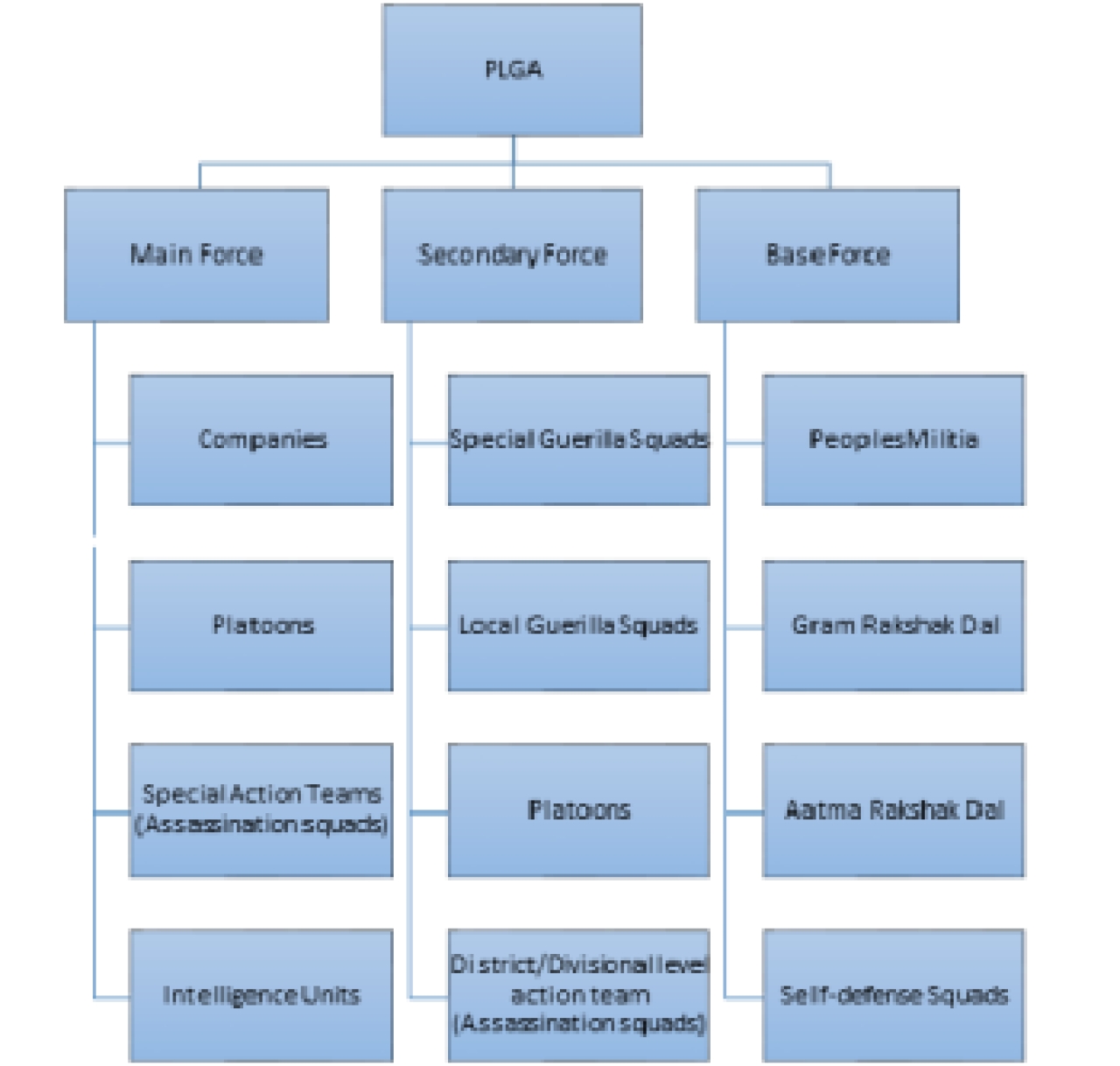 The CPI (Maoist) observed 14th anniversary of the PLGA from December 2 to December 8, 2014. They celebrate the foundation day of the PLGA on large scale. They organise cultural events, do some blasts and hold critical meetings with various factions. The weeklong celebration aims at recruiting new cadres in its fold. Reportedly, in the last ten years, more than 40,000 cadres have undergone the military (guerrilla warfare, ambush, bomb planting and abduction) and in-doctrine (Maoist ideology) trainings in the 489 training camps organised during the period. At present, total strength of the PLGA is estimated to be 13,000 hard core underground guerrilla fighters. In addition, there are reportedly approximately 50,000 over ground supporters and sympathisers.