US Report On India’s Religious Freedom Is Just Evangelical Fundamentalism With A Presidential Stamp. Junk It. 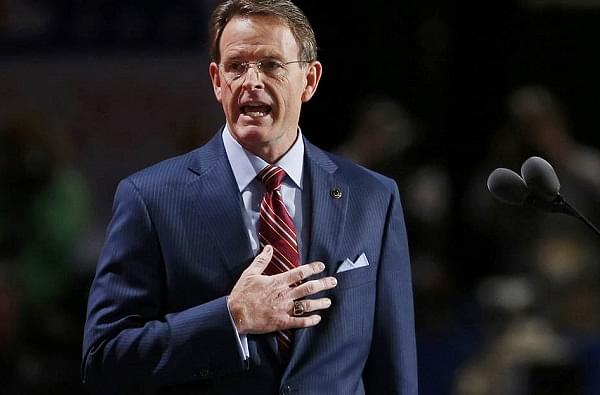 Take up the white man’s burden

Send forth the best ye breed.

Go bind your sons to exile

To serve your captive’s need;

To wait in harness,

On fluttered folk and wild —

Take up the White Man’s Burden by Rudyard Kipling

Rudyard Kipling wrote these lines way back in 1899, at the peak of British imperialism. He won the Nobel Prize and became friends to the King George V. However, his support for imperialism and his racist arrogance soon came in for public scrutiny and as the critic Edmund Wilson would write, ‘The eclipse of his literary reputation began in 1910 and was almost complete by 1940’.

George Orwell described Kipling — in his essay on Kipling penned in 1942 — as a ‘morally insensitive and aesthetically disgusting, jingo imperialist’. In the same essay, Orwell makes a very interesting point, almost unconsciously. He writes,

During the last five literary generations, every enlightened person had despised him and at the end of that time, nine-tenth of those enlightened persons are forgotten and Kipling is in some sense still there.

He elaborates that, “Kipling deals in thoughts which are both vulgar and permanent.” And this is where we move back to the current century.

It is perhaps this fictitious burden that made the US assume a self-proclaimed mantle of a reformer to the new-caught, sullen people Kipling believed a century back were half-devil and half-child — and some believe still today. What else explains the creation of an entitled committee called the United States Commission on International Religious Freedom (USCIRF)?

If its job and purpose is limited to advising the US Presidents on international policy — once they are done ‘mentoring’ interns, lying about Weapons of Mass Destruction (WMD) and bombing Afghanistan back into the stone ages — then, it is perfectly legitimate.

The USCIRF, however, goes beyond that and tries to appropriate to itself the role of the global guardian, with the same ‘vulgar and permanent’ spirit of Kipling lurking in the dark background.

It is odd that the US, isolated for centuries from various faiths and cultures, believes it has a better understanding of multi-cultural society than India which has a long history of being the a cultural melting pot.

Maligning ancient cultures and trying to make the believers of ancient faiths apologetic about their own faith by fake rhetoric and manufactured narratives has been a long-tested strategy that the Church had used in erasing Roman Paganism from the face of this planet.

The USCIRF does not seem to be doing anything different here. They publish shoddy reports every year, rather take it on themselves to writing letters to independent sovereign governments regarding stray incidents without any facts.

That a monotheist faith would always have a problem with any other faith is a given. Any monotheist faith primarily rests on the belief that only “the God I believe in is the true God” and any “other” God is fake. Polytheism, on the other hand, is based on the acceptance of multiple ways of perceiving and realising the higher truth. It borders on absurdity that a man who was heading a fundamentalist Christian organisation until yesterday, preaches tolerance today to the world’s oldest civilisation, that too one which allowed diverse faiths to flourish and bloom for centuries!

The USCIRF came into being in 1998 through IRFA (International Religious Freedom Act) and the USCIRF Commissioners are appointed by the President of the United States of America. Tony Perkins, as a Commissioner of USCIRF, since arrival, has been under a cloud for his religiously intolerant views.

Perkins wrote on the case of Tabrez Ansari thus:

USCIRF condemns in the strongest terms this brutal murder, in which perpetrators allegedly forced Tabrez Ansari to say Hindu chants.

Perkins has, however, dismissed this “hate designation” bestowed on him by SPLC as a “motivated political attack by the Liberals”. FRC as an organisation has a reputation of being a staunch opponent to LGBTQ rights and a strident supporter of the fundamentalist and orthodox Christian cause.

Under Perkins, FRC has been in the forefront of fanning religious intolerance against any religion which is not Christian. Perkins opposed Yoga for the US Marines, calling these Hindu and Buddhist practices “goofy”, and claiming that only the Christian faith truly heals. He hasn’t been particularly hateful only towards Hinduism and Buddhism.

He hates everything non-Christian and has been equally uncharitable towards Islam claiming that the ‘Literal teachings of Islam have perpetuated great evils on society’ (CNN 2010). He also termed Islam ‘a system which is incompatible with the (American) Constitution’.

Perkins once said, “The country (the US) is under no obligation to provide protection to people who want to blow — mean, when was the last time you saw a Baptist trying to blow something up?” He does, however, want Myanmar to overlook mass-graves and India to forget fanaticism. When a Hindu prayer was offered in the US Senate in 2007, Perkins said, “No one can legitimately challenge the fact that the God America refers to in the pledge, our national motto, and other places is the Monotheistic God of the Jewish and Christian faith. I seriously doubt that Americans want to change the motto, ‘In God We Trust’ to ‘In gods We Trust’.”

In a roundabout way, reaffirming the supremacy of Christianity, the FRC had then claimed that, “Our founders would have found utterly incredible the idea that all religions, including paganism, be treated with equal deference.”

Apart from the interesting credentials of a Christian fundamentalist as its leader, USCIRF as an organisation has been churning out inane annual reports which read like rhetoric-heavy fiction instead of a serious objective report. In its report of 2006, it expresses relief that Congress is ruling over India.

Since it is an annual report, an objective assessment should talk about the period 2005 – 06 but for some convoluted reason, the report keeps going back, year after year, to the pre-2004 era, putting the blame of religious intolerance on the BJP. On the other hand it celebrates the Congress coming to power, apart from recommending lifting India out of the CPC (Country of Particular Concern) list.

The annual report goes back to the 1990s — linking ‘violent attacks against Muslims and Christians’ with the rise of the BJP. The report remains silent on the exodus of Kashmiri Pandits, does not touch upon riots under the Congress rule and continues to demonise the Rashtriya Swayamsevak Sangh (RSS), BJP and the Hindu majority on the whole. It makes a brief reference to 2002, stating that ‘a fire on the train caused the death of 58 Hindus’, as if it were some accidental fire — rejecting the Nanavati Commission’s report that calls the Godhra (2002) train-burning a pre-meditated conspiracy of local Muslim leaders — based on some unverified media reports.

The report is particularly sensitive to any minor incident relating to the Church (Churches in India are arguably the largest landholders and are the third-largest employer in India). The annual report boasts about the commission’s role in the denial of US visa to the democratically-elected Chief Minister of Gujarat and about the pressure it brought upon the UPA to introduce the Criminal Violence Bill.

Its 2008 report starts with, “The positive developments in India affecting Freedom of religion or belief that began in 2004, when parliamentary elections resulted in installation of a coalition Government led by the Congress Party, continued in the past year.”

The first paragraph, praising the Indian National Congress and the following lines blaming the BJP for 2002-2004, remain identical, and verbatim in the 2006, 2007 and 2008 annual reports. Each annual report mentions the 2002 Gujarat riots but stays silent on any riot before and after. All the reports have at least one paragraph lamenting laws preventing forced conversions.

Every report has a prominent splattering of the words “Hindu extremist” and a pronounced avoidance of the term “Islamist terrorists”. The 2016 report talks about beef ban (in reality, imposed by the Congress in the late 1960s) and Article 48 restricting cow slaughter, claiming, albeit wrongly, that cow slaughter is an essential part of Islam and somehow claiming that Dalits and Muslims were largely employed in cow slaughter.

While it is astonishing that such lies go around under the official stamp of the US government, it seems not so strange when we appreciate that this comes from a nation with a history of Presidents lying under oath for something as grave as war and as silly as sex.

The report in 2016 mentions Khalistan and somehow endorses its creation. First, it attacks the Indian Constitution, which considers Sikhs, Jains and Buddhists as a part of Hinduism (well, not surprising that this comes from a nation that understands little the difference between Sikhs and Sheikhs going by the killing of Sikhs in the US after 9/11) and ends with legitimising the demand for Khalistan — calling it a Sikh state within India (will they have an Afro-American State in the US, I wonder).

The 2019 report complains of some imaginary extremist religious training to four million children in Hindu schools, and outrages about the National Register of Citizens (NRC), which seeks to deport illegal immigrants whose unchecked entry has been creating the threat of demographic change in some states, and causing the pressures of population explosion.

On the matter of the migrant crisis in the US (which is much larger in area and much less densely populated), Perkins seems to be perched firmly behind his boss, Donald Trump. The report also laments curbs on organisations like SABRANG (founded by Teesta Setalvad and Javed Anand), on which action has been imposed by the Indian government on account of financial irregularities. In the curious case of Tabrez Ansari that Perkins chose to jump into, SABRANG coordinated nationwide protests, centered more on the condemnation of Hinduism than the condemnation of the incident.

Going by the history and leadership of USCIRF, I can only suggest that we watch it with a hawk’s eye, examine its statements with a proper degree of cynicism, and disregard it with the disdain it deserves.

This agency is nothing but a manifestation of the white man’s burden out to “civilise the natives”.