Was The Statue Of Unity Really Made In China? Here Are The Facts 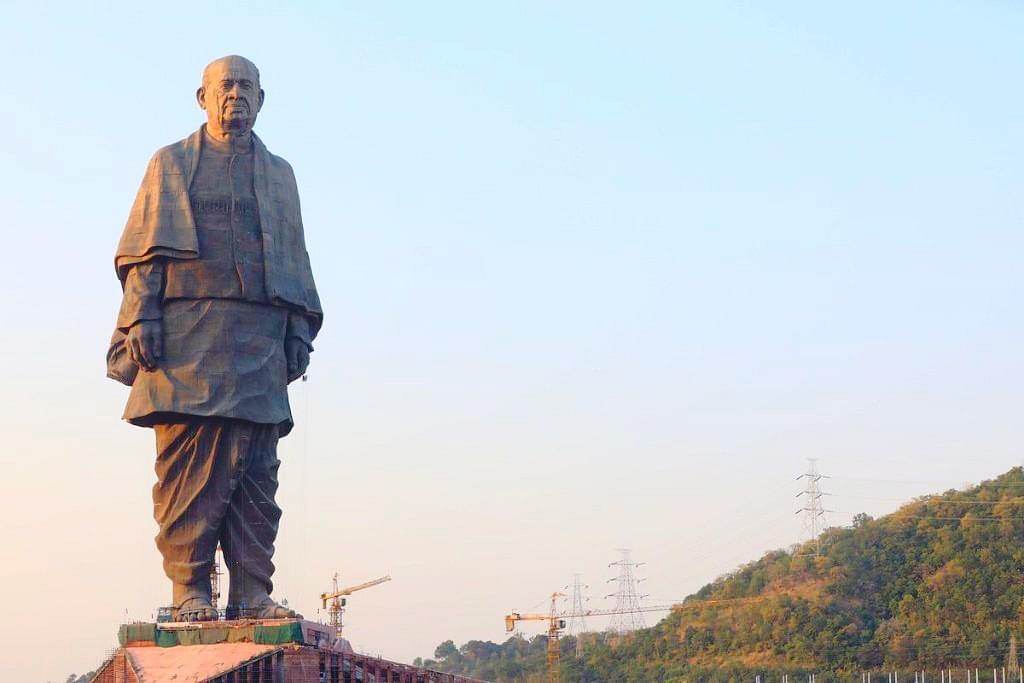 India is now home to the world’s tallest statue, a tribute to one of its tallest leaders. But was the statue even made in India? If critics of the project are to be believed, it was shipped out of China in 2018. And it doesn’t end here. To some, it is also unclear whether the structure was built by Indian or Chinese workers.

These questions were raised for the first time in 2015, when work on the project began. And despite engineering major Larsen & Toubro (L&T), the firm executing the project, clarifying on multiple occasions, Congress President Rahul Gandhi claimed last month that the statue was being built in China.

“Narendra Modi Ji is making Sardar Patel's statue in Gujarat. It will be world's tallest statue but it will be 'Made In China', like our shoes and shirts,” said Gandhi, who some suggest is trying to bluff his way into power.

The same questions have come up on the day when the statue was unveiled by Prime Minister Narendra Modi. So, let’s revise the facts:

One, the Statue of Unity is a three-layered structure. The innermost layer has two 127-metre-high towers made of reinforced cement concrete. A steel mesh forms the second layer of the structure. The third and the outermost layer is in form of bronze cladding, which carry intricate details Patel’s cloths, posture and facial expressions. It is this layer of the statue which was built in China.

In a survey before the construction of the statue started, the builders found that none of the 15 major bronze foundries in India were capable of building these cladding. It was after this finding that L&T launched a global tender to select a partner to build the cladding. The search ended at the World's largest foundry — the China-based Jiangxi Toqine Metal Crafts Corporation. The firm was tasked with the production of around 7,000 bronze plates and panels of various sizes.

Moreover, the Chinese were not roped in before exploring Indian options. The incapability of Indian foundries in casting such huge cladding speaks more about the work of previous governments than that of Narendra Modi, who had been in power for a little over one year when the construction began.

Also, India, unlike China and and other communist countries in general (North Korea's 'biggest' export - giant statues), India has not built such massive statues in the past. Therefore, the lack of industrial capacity should not be surprising.

Some have also pointed to Modi’s call of collecting scrap iron for the statue from across the country to represent the unified India that Patel worked for. However, it would be naive to believe that a statue, the construction of which involved the use of 210,000 cubic metres of cement concrete, 18,500 tonnes of reinforced steel, 6,500 tonnes of structural steel, 1,700 tonnes of bronze, could be built using material collected from farmers across the country. But Modi did act on his own call and on the death anniversary of Patel in 2013, he flagged off 1,000 trucks to travel to seven lakh villages to collect soil and scrap iron. Around 135 metric tonnes of iron was collected by these trucks in various forms by 2016.

Two, out of 4,076 labours working at the site of the statue in two shifts, only 200 were from China. These labours, “who have been working in batches for two-three months each since September 2017”, were part of a team of around thousand men who worked on the cladding of the statue. This works to be around 5 per cent of the total workforce involved in erecting the Statue Unity.