What Is The Bihari Voter Thinking? 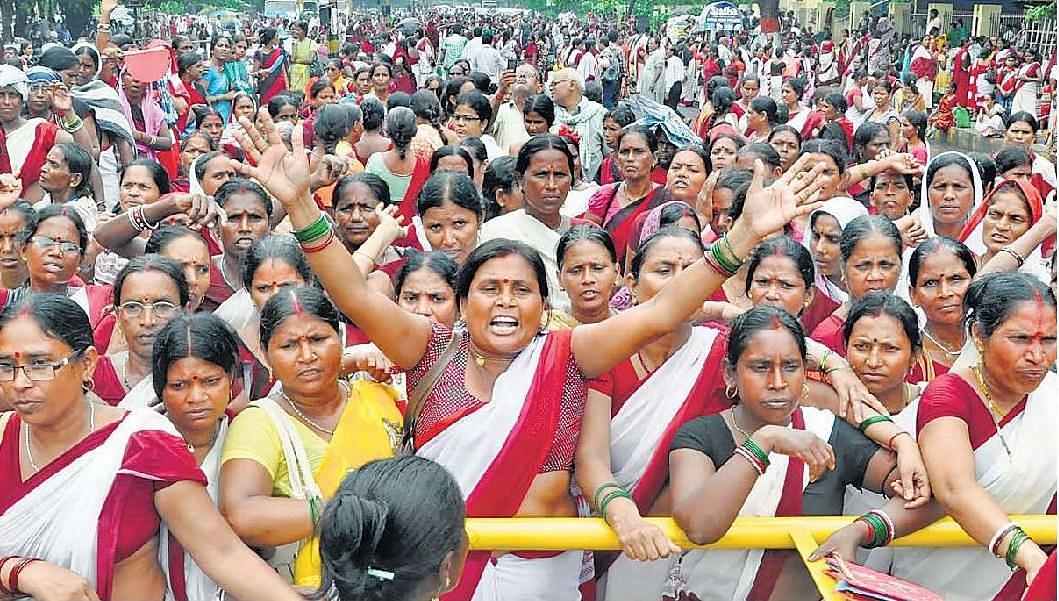 Will this election be decided solely on a development agenda or are the electoral fortunes of candidates in Bihar still governed by caste? Read to know in this second and final part of Dr AK Verma’s take on the approaching Assembly elections in the state.

Much water has flown since 2014 and Bihar appears to have moved, at least, one step away from purely caste politics and towards developmental aspirations and goals. When it comes to social chemistry, one feels that the rival coalitions are prematurely claiming a social chemistry among the traditional supporters of various constituents.

Let us take the issue of Yadav-Kurmi chemistry. The two social groups have been traditional rivals in Bihar for the last twenty years since Nitish broke from Lalu.

This rivalry had transcended to economic and social domain as well. To expect that an artificial patch-up between their caste leaders would also end the deep conflictual relations between the two caste groups all over is wild imagination.

Also, the two leaders have been losing grip over their caste-community and, if the 2014 LS election is any indicator, one sees Yadavs deserting Lalu and Kurmis deserting Nitish. One may not notice, but Modi’s OBC status has silently impacted the backward class discourse in Indian politics, and Bihar is certainly no exception to that.

With 19 % Yadavs, 26% Kurmis and 53% extremely backward castes (EBCs) supporting BJP and Modi in 2014 LS elections, one can see that change in social chemistry at grassroots level (Table 1). Of course, to facilitate that change, BJP appears to be inclusive in its approach to these social denominations so far as ticket distribution or party positions are concerned.

Another change in social chemistry through ‘Manjhi factor’ has happened in favour of NDA. As we see in Table 1, the Mahadalits support to BJP was highest in 2014 (BJP: 33, JDU: 25, RJD: 19).

Nitish had done some good work for them and in the process consolidated them and brought them in JDU camp. Since then, Manjhi left JDU after being removed as chief minister of Bihar by Nitish Kumar, formed a new party Hindustan Awam Morcha (HAM), and has since become a constituent of NDA.

That has put a question mark over Mahadalit support to mahagathbandhan and Nitish. How many Mahadalits Manjhi will be able to take along can be debated, but it is beyond doubt that he will take away substantial portion of them along to Nitish’s disadvantage.

Is BJP ready with a substitute?

Are Bihar voters dead casteist or has their casteist political orientation become a matter of compulsion and convenience owing to non-functional administrative system, status quo-ism in economic life and rampant corruption? While caste in social interaction will stay for long, casteist political orientation may get diluted if systems are in place, if there is optimism that some party or leader will rise above it.

Probably Modi is thought of as one such leader, but the problem is that he cannot come and administer Bihar. Is, then, BJP ready with some substitute?

That is a very important question that the BJP is evading since its Delhi debacle vis-à-vis AAP. But, it must attend this question with a sense of urgency as a matter of organisational and leadership policy in view of state elections coming every now and then in different states.

Modi himself has made the electoral battle presidential and that warrants projection of a leader whom voters can trust. But, ours is parliamentary-cum-federal system; running electoral campaigns in presidential style here is a contradiction in terms and could be a regular headache for the BJP and Modi.

Voters’ psychology is dynamic. The fact that they change governments very often is a confirmation of that. So, what is changing Bihar voters’ psychology? Is it an aspiration for development that has got derailed owing to JDU-BJP break? Is it a fear of the return of what is euphemistically referred to as ‘jungle raj 2? Are people willing to bet for cooperative federalism and ready to give a congruous player in the PM-CMs team-India? Are people afraid that foreign direct investment in Bihar and India would be adversely affected by the return of mahagathbandhan?

Do Bihar voters not want to give prominence to a convicted criminal Lalu Prasad Yadav? Do people really consider BJP and Modi communal? And a plethora of other questions might be agitating them.

So, much will depend of whether the rival alliances have a common coordinated theme for their campaign to address these psychological concerns of people, whether their campaign teams are working in tandem at constituency level and whether all constituents have the satisfaction that their candidates are being fully backed by the entire alliance as well as by the alliance-constituents.

It is true that both Modi and Nitish have overtly made Bihar elections development centric for the first time, but the covert undercurrents of caste and communal politics may not be missing altogether. Notwithstanding the claims and counter-claims of internal-chemistry and favourable arithmetic by rival alliances, the invisible fissures, tensions, ditching and word-wars would do business as usual.