What the Delhi Verdict Means 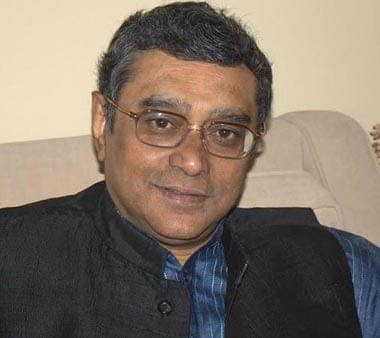 When the Soviet Union collapsed—some would say abruptly—in 1991, there was a spirited debate inside the dispirited global Left-wing fraternity. To many, there was no escaping the obvious conclusion that the debilitating consequences of over-regulation, centralisation, inefficiency and autocracy had coalesced and triggered the collapse. This time the God had demonstrably failed. However, there was a vocal fringe of activists, including a large section from India, for whom the lessons were markedly different. To them, neither Marxism nor Leninism had been shown up: the Soviet Union had collapsed because the leadership had deviated from the true path. In other words, the only hope for the Communist movement lay in debunking ‘revisionism’ unflinchingly and remaining true to an unalloyed Marxism-Leninism.

Invoking this ridiculous debate is interesting because every political setback, defeat and debacle prompts dramatically different sets of conclusions. Last week, after a string of uninterrupted electoral success from December 2013, the BJP crashed to defeat in Delhi. To call it an ordinary defeat would be an understatement: it suffered a complete rout. The scale of the Aam Aadmi Party’s electoral sweep was so staggeringly impressive that a profound national meaning was read into an outcome in one city. Three days later the BJP registered significant wins in urban local body polls in Assam, a state where its hold was patchy. But no importance was attached to this outcome in a corner of eastern India. Instead, the entire focus was on the BJP failure in Delhi.

This is not the occasion to lament the Delhi-centric nature of the discourse, much of which is media-directed. What may be more pertinent is how those who are directly involved in the hurly-burly of political life have interpreted the results.

For the victorious AAP, there are two emerging trends. The first sees the victory as a consequence of a climb down from reckless confrontation, the priority attached to organisation over spontaneity and, finally, a social strategy that is bottom up. From this perspective, the future course for AAP lies in providing Delhi with a sober, corruption-free and mildly populist dispensation that will also become the nucleus of a new communitarian politics.

Another wing of AAP goes a step or two further. It views the outcome as a vindication of a ‘new politics’ that has the potential to step into the void created by the steady marginalisation of the Congress. Taking inspiration from the post-Marxian movements that have made electoral advances in Europe, it wants AAP to assume the mantle of pious progressive-ism, enter into working relationships with ‘people’s movements’ and NGOs and enlarge the sphere of its activities to the whole country.

To my mind the two approaches aren’t contradictory but there seem to me some differences over tactics. The ‘non-ideological’ elements favour consolidating AAP’s power base in Delhi and proceeding cautiously with the party’s national expansion. They appear to have learnt the bitter lessons of the 2014 general election when it went into a frenzied overdrive and came a cropper. For the moment, the ‘government’ party would like to strike a conciliatory note with the Modi government, not least because the Delhi Government and the Centre are inextricably linked. However, the more ‘political’ lot, egged on by the media and a section of the intelligentsia, are inclined to position AAP as the nucleus of a post-Congress opposition to the Modi government nationally.

It is difficult to anticipate how the tensions are likely to be resolved. The structures of AAP are still very ad-hoc and much of the decision-making is mediated by the cult status that Kejriwal has acquired. This explains why the party has witnessed a large turnover of individuals at the top and middle levels of the party in such a short time. This turnover is likely to continue as the complex realities of governance forces AAP to resile from maximalist positions and make compromises. Additional complications could also arise as activists hitherto associated with other parties, notably Congress, CPI(M) and the Janata parivar, make their way into AAP. On the whole, AAP is still a party in evolution and how it will shape up by the time the next general election is due is uncertain. I would hazard the guess that by 2019, AAP will occupy the political space now occupied by the Green Party in various countries of western Europe.

For the BJP, the consequences of the Delhi verdict are less difficult to determine. Overall, the internal dissection of the devastating defeat has produced two broad sets of diagnosis.

First, there is the inclination to blame the defeat on the pitiable state of the Delhi unit. There is a belief that the spring cleaning and generational shift that should have been undertaken much earlier can no longer be delayed. This is a house keeping issue whose importance is often overstated. Local activists or karyakartas are no doubt important in election management but their importance is confined to harnessing the public mood. Organisational rigour can maximise the yield; it cannot determine public sentiment. The BJP was successful in mobilising those already committed to the party. It failed to secure the incremental vote that was guided by supra-local sentiments. The networks that secured a total sweep in April 2014 were helpless against a reverse sweep eight months later.

Secondly, after every BJP defeat, there is an outpouring of Hindutva disgust against the so-called moderates in the BJP. The argument proffered by the deep saffron tendency is that the inability of the BJP to pursue a Hindu course prompted disillusionment with the party and led to the AAP victory. This argument would have carried credibility if evidence (both anecdotal and statistical) were offered that a chunk of traditional BJP voters abstained from voting in disgust. However, the high turnout figures suggest that organised abstention wasn’t a feature of this election. If there were Hindus disgusted with the pusillanimity of the BJP, did they suddenly vote AAP tactically, perhaps to teach Narendra Modi and Amit Shah a lesson? Interesting as such a suggestion is, it borders on the incredible and can be equated with the suggestion that the Soviet Union collapsed because it wasn’t adequately Communist.

The main issue that needs to be addressed is why the BJP lost the entire incremental vote it had secured in the general election. The CSDS post-poll survey is quite revealing in also suggesting that the loss wasn’t confined to the underclass alone; the BJP lost ground substantially among the youth and middle classes.

It is conceivable that the imaginative AAP campaign, compared to the stodgy and DAVP-style imagery employed by the BJP, was a factor. The post-poll surveys also suggest that this vote for AAP wasn’t necessarily a vote of no-confidence in Modi. The overall faith in his leadership is broadly intact. So, was it a thumbs-up for the leadership and charisma of Kejriwal that became more so after the initial Modi versus Kejriwal contest was converted into a Kejriwal-Kiran Bedi contest?

I don’t think every question has a categorical answer. An unambiguous election verdict where the winner secures more than 50 per cent of the popular vote but which was not preceded by any event or development of tectonic magnitude only helps to enlarge the range of possibilities. These may include AAP’s extravagant freebie promises, a disappointment with the non-arrival of Modi’s promised achche din, the aloof imagery of the PM compared with the man-next-door projection of Kejriwal or even the exasperation with the wild rhetoric of fringe players identified loosely with the BJP.