Why Is Sasikala Hated So Much? 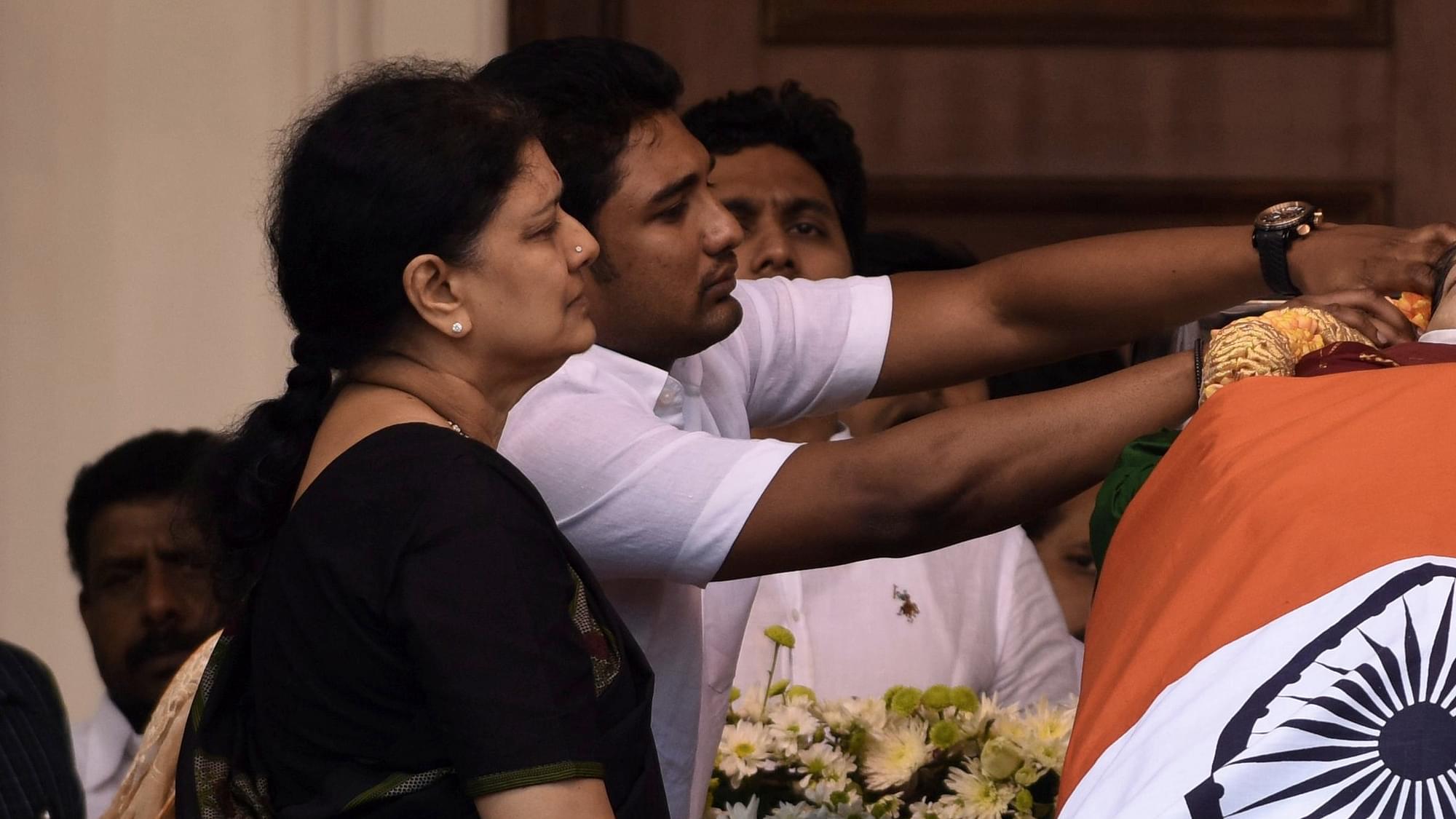 Following Tamil Nadu Chief Minister J Jayalalithaa’s death, her long-time companion Sasikala Natarajan continues to be in the news. However, Sasikala isn’t really popular within both the party and the general public.

Who is Sasikala and how did she reach this position?

The demise of All India Anna Dravida Munnetra Kazhagam (ADMK) supremo Jayalalithaa has clearly left behind a large leadership vacuum in the party. That Jayalalithaa has died without naming a successor has added to the confusion. Reports say that there have been murmurs and even strong party manoeuvres against Jayalalithaa’s long-time companion Sasikala taking over the party. However, a strong anti-Sasikala sentiment has taken over the airwaves across Tamil Nadu – the general sentiment remains hostile towards her and her attempts to capture the party.

Sasikala was introduced to Jayalalithaa as a video renting/recording business operator. She quickly ingratiated herself within Jayalalithaa’s inner circle and soon became indispensable in the Jayalalithaa household. Jayalalithaa is known to have been very fond of her companion to the extent of adopting Sasikala’s nephew as her foster son. The grand wedding, and the accompanying gaudy display of wealth, of this nephew immensely harmed Jayalalithaa’s already falling popularity in the mid 1990s.

The foster son was eventually disowned. Thrown out of power in the 1996 state assembly elections, Jayalalithaa and Sasikala together faced a litany of corruption charges.

The Sasikala – Jayalalithaa relationship has seen its low-points to the extent that Jayalalithaa has in the past evicted Sasikala and all her relatives from her Poes Garden residence. Quite a few media reports have speculated that Sasikala’s attempt to ‘slow poison’ Jayalalithaa was the reason behind the eviction.

Sasikala was taken back after she disowned all her relatives, who she accused of plotting against Jayalalithaa. She had since been a constant companion to Jayalalithaa, deeply involved with the management of the latter’s finances, investments and properties. She was widely seen as fully controlling access to Jayalalithaa. During the protracted hospitalisation, Sasikala is said to have prevented even the Tamil Nadu governor and cabinet ministers from visiting Jayalalithaa. Access, it was rumoured, was only until the floor in which Jayalalithaa was admitted, not to her room. During the funeral and subsequent party activities – i.e choosing the next Chief Minister, Sasikala is said to have been fully in control of both the party and the government. She is now said to be jostling to become the General Secretary of the ADMK.

Sasikala’s control over the party and government was made possible through the careful placement of close clansmen from her own caste. Born in the Kallar sub-caste of Thevar community, Sasikala and her husband Natarajan, ensured important appointments in the police and intelligence departments were handpicked by them. That the ADMK was the party of choice for the Thevar community immensely helped the husband-wife duo. Key cabinet ministers and district secretaries are said to have been carefully nurtured by Sasikala enabling her to exert influence more than anyone else in the party.

Except for a few years in the 1990s when her popularity was at its worst, Jayalalithaa has largely enjoyed the good will of the Tamil Nadu electorate. In the last few years she further cemented her place in the public imagination by rolling out numerous welfare schemes and by projecting herself as the ‘Amma’, ie. the matriarch, of Tamil people.

Sasikala, meanwhile, was always the subject of rumours about shady business deals, nepotism and corruption. While Jayalalithaa was increasingly seen as the lonely chief minister bereft of family support, Sasikala became the shrewd operator exploiting Jayalalithaa’s dependence on the ‘mafia’ (as Sasikala and her family were increasingly referred to). Sasikala’s notoriety hit a further low during Jayalalithaa’s weeks long hospitalisation. Popular sentiment turned decisively against her, accusing her of holding Jayalalithaa incommunicado. Rumours about Jayalalithaa’s death being kept secret until Sasikala could ‘broker’ deals, her clear attempt to hog all limelight by staying close to the body all the time and news about her preventing close relatives of Jayalalithaa from participating in the last rites have all added to the anger against this long time backroom operator. Sasikala may still succeed in capturing control over the party and government, but as far as public sentiment is concerned, she starts with a huge negative score.