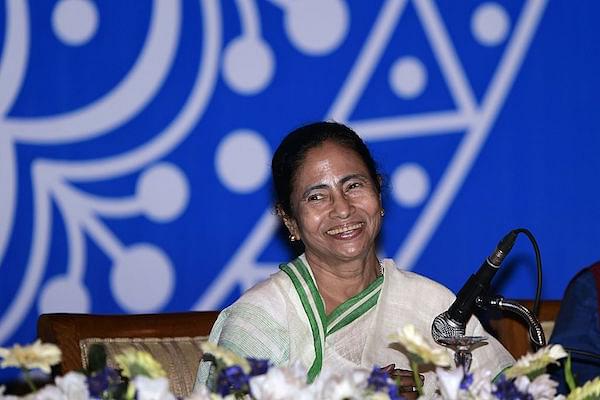 Mamata Banerjee, as is well known, is always low on patience. And it is this character trait of hers that has prompted the renewed bid to change the name of her state from West Bengal to Bengal.

As West Bengal, the state is alphabetically the last in the list of 36 states and Union territories of the country. Thus, when Mamata attended a meeting of the Inter-State Council in New Delhi on 16 July, she was the last among all the Chief Ministers to speak. She had to wait for six hours for her turn to speak, and that irked her to no end. Mamata, clearly, doesn’t like being the last to do anything, even though she invariably likes to have the last word on everything.

On her return to Kolkata, an angry Mamata asked her bureaucrats to prepare the ground for dropping the ‘West’ prefix from Bengal to make it simply Bengal. The proposal was approved at a cabinet meeting on Tuesday (2 August). An all-party meeting will be convened soon, and a decision will be taken on the nomenclature of the state in Bengali – Banga, Bangla or Bangabhumi are on Mamata’s list of favourites.

Then, the state legislative Assembly will pass a bill for the name change, following which the Parliament has to pass a Constitution amendment Bill changing the English name of West Bengal to simply Bengal and the Bengali name from the present ‘Paschim Bangla’ to Banga/Bangla/Bangabhumi or whatever is decided ultimately. A Presidential assent will complete the process.

The state will then climb up to fourth in the list of states, alphabetically, and, reason Mamata’s colleagues and bureaucrats, Bengal’s representatives will not have to wait till the last to speak at meetings and conferences of states. This argument is, in itself, a specious one. The speaking order at inter-state meetings and conferences is not always determined alphabetically and, quite often, followed either in reverse order or in an alternate sequence (like A followed by Z and B followed by Y). In such cases, representatives of West Bengal – be they the Chief Minister or other ministers and bureaucrats – figure first or second in the list of speakers. After the name change, they will figure 33rd in the list of speakers if the reverse order is followed, or seventh if the alternate sequence is followed.

According to West Bengal government spokesperson and state education minister Partha Chatterjee, representatives of the state, speaking last at inter-state meetings and conferences, do not get due attention. “By the time West Bengal’s turn comes at the end, representatives of other states and the Union government have lost interest and are impatient to get the meeting or conference over with. The last speaker is always at a disadvantage at all meetings and conferences,” argues Chatterjee.

Not at all, counter many politicians and former bureaucrats. “It is the content of the speech that matters. If West Bengal has some good suggestions, or if the state’s representative has something substantive to say, he or she gets due attention,” said Dilip Kumar Banerjee, a former IAS officer who served long stints in the Union government.

Congress leader and eminent lawyer Arunava Ghosh points out that the hard copies of the speeches made by representatives of the states are submitted to the relevant department(s) of the Union government for consideration. “Delivering the speech at a meeting or conference of states is just a formality. Suggestions and demands (for funds or projects) that may be made in a speech are submitted in writing and those are acted upon. Speeches are not acted upon. It is wrong to say that the suggestions or demands of the last speaker at such a conference gets short shrift because he or she is the last speaker,” he said. Banerjee endorsed this argument.

Banerjee also pointed out that at the Inter-State Council meeting on 16 July, it was not Mamata Banerjee but Prime Minister Narendra Modi who spoke last. “But since he had a lot of substantive things to say, as is always the case, his speech got a lot of traction. It is the content that matters,” said Banerjee.

The former IAS officer also pointed out that demands and suggestions made by states for funds and projects, or for favourable legislation, are usually taken up and resolved during one-on-one meetings between chief ministers and ministers with the Prime Minister or Union ministers. “And then the crucial follow-up is done between bureaucrats of the state and the relevant Union government departments. To give the impression that West Bengal’s suggestions and demands don’t get the attention that they deserve simply because the representative of the state is the last speaker is patently wrong,” he said, adding that what matters is how strongly representatives of the states – be they politicians or bureaucrats – make out their cases that is much more important. And it is here that West Bengal falls woefully short.

The leap from 36th to fourth position in the list of states will merely be a cosmetic one for West Bengal. Because West Bengal continues to lag behind many other states in many parameters. West Bengal’s sorry financial condition – the result of decades of fiscal mismanagement by the Left and then the Trinamool – along with its industrial backwardness, lack of fresh investments, poor social and physical infrastructure, poor human capital and lack of enterprise is what puts West Bengal at the bottom of the pile of states and not its nomenclature. Putting itself in the fourth position in the alphabetical list of states is not going to make an iota of difference in the fortunes of the state, say experts.

By that logic, they say, Arunachal Pradesh and Assam – in the second and third places respectively in the alphabetical list of states and UTs – would have been very developed states by now. And states like Punjab (28th in the list) or Tamil Nadu (in 31st position) should have been quite backward. Since that is not the case, Mamata’s endeavour to drop the ‘West’ prefix from her state in order to put it higher up in the list of states in the hope of making the state’s voice heard more seriously is destined to be a fruitless one.

Having said that, there certainly exists enough grounds for changing the name of West Bengal. There is no East Bengal anymore and so calling the state West Bengal is silly, to say the least. East Bengal came into being with the partition of Bengal in 1905, which was reversed in 1911. In 1947, Bengal was partitioned again, but the eastern portion was named East Pakistan, which became Bangladesh in 1971. Thus, there exists a strong case for renaming West Bengal as simply Bengal. But not for the reason cited by Mamata. She ought to realise that what she says at an Inter-State Council meeting, or a conference of Chief Ministers, is much more important than when she says it. If she has substantive things to say, it won’t matter if she is the first speaker or the last.