Why It Took Delhi Police Three Years To File A Chargesheet Against Umar Khalid, Kanhaiya Kumar And Others 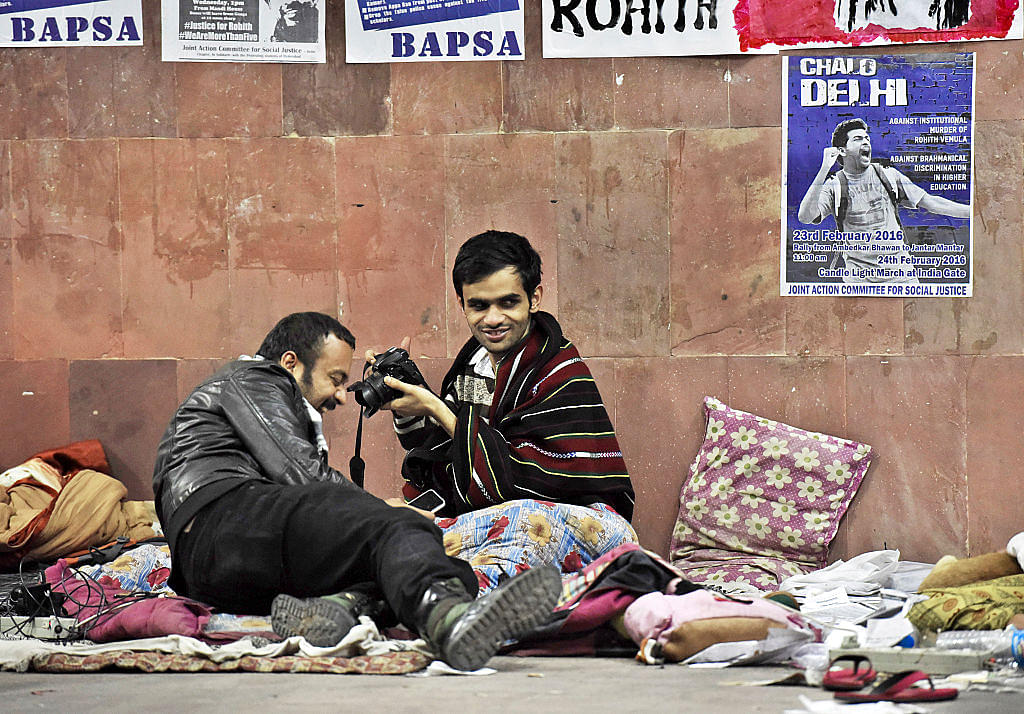 A Delhi court will consider the chargesheet filed by the Delhi Police in the February 2016 Jawaharlal Nehru University (JNU) sedition case, tomorrow (19 January).

The police has charged former JNU Students’ Union president Kanhaiya Kumar along with several others, including Umar Khalid, Anirban Bhattacharya, and Shehla Rashid, for raising anti-India slogans at an event organised to mark the anniversary of Afzal Guru’s execution.

It took the Delhi Police’s special cell almost three years to carry out a probe that has now resulted in a 1,200-page long chargesheet based on oral, electronic, and documentary evidence.

The police have furnished oral testimony along with electronic evidence such as text messages and video footage against Kanhaiya Kumar. A text message from Khalid to Kanhaiya Kumar shows him asking the latter to come to Sabarmati Dhaba, where the incendiary slogans were allegedly raised. His mobile phone’s location also places him there. On the basis of the video evidence, the police have charged Khalid with leading the sloganeering students. The Indian Express has reported that the police have extensively relied on footage from mobile phones, in addition to footage from a Zee News camera,

Video footage declared non-tempered by the Central Forensic Science Laboratory has reportedly showed Khalid raising anti-India slogans. While Khalid is seen raising slogans, the same could not be conclusively confirmed for Kanhaiya, though videos do confirm his presence at the event. It has also been reported that the police have charged Khalid and Bhattacharya as ‘main conspirators’ and has recovered an email in which the two talked of ‘Kashmir’s azadi from the Indian occupation’.

The Hindustan Times has reported that the probe also involved dozens of trips to Jammu and Kashmir (J&K) and Uttar Pradesh. A nine-member police team visited J&K to track down seven individuals who allegedly raised anti-India slogans with masks on. Their investigations were stalled in the state for several months in the wake of heightened violence that followed Burhan Wani’s death.

Police officials also went to campus undercover to gather intelligence. A police officer told HT that they formed a team of young officers who posed as students and spent time in the campus. They used to attend events there and eavesdrop on conversations related to the protests. It helped them to trace links related to the seven suspects. The officer also said they traced their call details and once their links with the suspects were confirmed, they were called in for questioning.