Yoga Soulfully Hindu, Is The BJP Sorry About It? 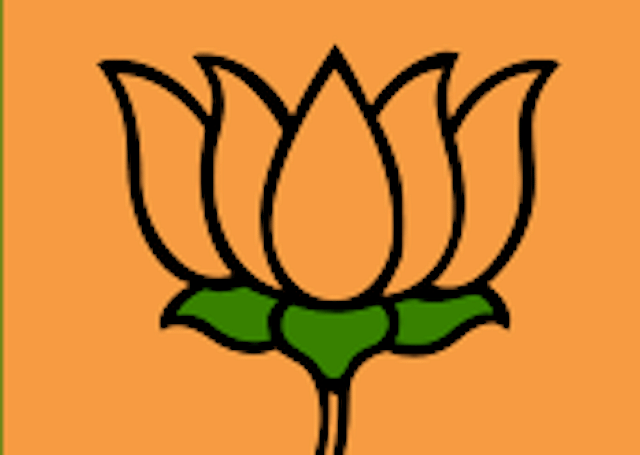 Why is the Modi government and BJP appearing apologetic regarding the Indic roots of Yoga?

Shripad Naik, a minister in Prime Minister Narendra Modi’s cabinet, has unwittingly delivered the worst possible advertising message for Yoga. Mr. Naik, in an apologetic bid to accommodate Muslim ‘concerns’ about Yoga, suggested they could take Allah’s name if they thought chanting the shlokas was un-Islamic.  Yoga, can do, and has indeed thrived, without such patrons who may be right in their heart but whose philosophical and political convictions about the greatness of their civilizational heritage sometimes succumb to the tensions of political correctness.

To be fair to him, Mr Naik’s is not the only note of apology. There are ministers in the Modi government and BJP spokespersons who have frequently sounded sorry about things they ought to have been proud of. No one, not even those with a stated sympathy for the Hindu way of life, expects Modi and his ministers to be the messengers of Hinduism on a daily basis. But Hinduism and the Hindu political thought cannot afford bad ambassadors and wrong messaging either. It’s time the ‘sorry-for-being Hindu’ apologists, who may well be genuine well-wishers, stopped batting for Hinduism on the back foot. They need to own their agenda and feel proud of their exceptional heritage.

Yoga, and so many other things fundamentally stemming from the Hindu thought, does not have to be sold cheap. The infinite faculties of mind and body that Yoga offers to anyone who is willing to practice it need not be tempered or customised to target a particularly sulking audience. Yoga is essentially Hindu and one of Hindu civilisation’s greatest gifts to the world. Why be sorry about it?

In the early 1980s when the Vishwa Hindu Parishad (VHP) was spearheading a movement to reclaim the Ram Mandir in Ayodhya, it had coined a slogan to provide the emotional quotient. ‘Garv se kaho hum Hindu hain’ (say with pride that we are Hindu) was the leitmotif that covered the Sangh Parivar’s larger ideological, cultural, and political agenda. The Ram Mandir in Ayodhya was one of the symbols of this Hindu renaissance that aimed at rekindling the Hindu pride. The slogan obviously angered the practitioners of the Indian variant of secularism. There was some discomfort on the non-secular side also. The discomfort had valid reasons.

The 80s were the time when India’s mainstream intellectual landscape had a handful of Right-wing interlocutors. It was hard to find one active Hindutva advocate or even an apologist in the newsroom of a mainstream newspaper in Delhi or Mumbai. A call to rekindle the Hindu pride was, according to the unanimous judgement of the high priests of Indian secularism, crassly communal, philosophically un-Hindu, and politically scary. For those who entirely agreed with the ‘Garv se kaho’ cal,l or had at least muted sympathy for the subtext of the call even if they disagreed with the text, there was little intellectual capital available in the mainstream media that could justify their Right-wing leanings. The alternative narrative had emerged but not gained momentum.

The narrative has not only emerged now but also changed. The VHP slogan of the 80s is a political passé today. The slogan, admittedly hyperbolic, was still critically relevant when it was phrased and promoted. It clearly exaggerated the mere fact of one’s birth in a faith. It was not even a counter to similar calls from other faiths, mainly Islam and Christianity. Yet, it packed a punch that was pertinent because it struck at the very heart of Hindu diffidence. Being a political Hindu was almost a social crime then in the environment dominated by an intellectual establishment which Lal Krishna Advani, the great exponent of political Hindutva then, brilliantly defined as pseudo-secular. The excesses of pseudo-secularism merited an extreme counter that ‘Garv Se Kaho’ offered. It conveyed the message it was meant to convey—let us not be sorry for being Hindu in a majority Hindu nation. It woke up the Hindu sensitivities and sensibilities to the intellectual and political hegemony of the Congress-Left idea of India consensus.

The slogan served its purpose and does not need a recall in 2015 when political Hindutva has an army of articulate commentators and alert foot soldiers, and when BJP, the only nationwide claimant to the Hindu constituency, rules the country with a full majority. Yet, one recalls the slogan precisely because the sense of apology for being Hindu still lurks around. It shows in efforts to sanitise Yoga of its essentially Hindu identity in order to somehow make it ‘palatable’ to the secular scare crows and Muslims. It shows in half-hearted attempts to undo the ‘damage’ that a mere suggestion (and not a demand) that the Bhagvad Gita be considered a national book may have made to ‘the secular fabric of India’.

The problem with the Hindu constituency in India is rather within. The Hindu constituency, both on the philosophical side and the political side, has not been able to settle its own contradictions and tensions. It proposes things essentially Hindu demonstrating its commitments to the agenda but becomes weak and politically correct when it comes to carrying out the measure. When External Affairs Minister Sushma Swaraj wisely suggested that the Gita be considered (and not formally made) a national book, very few from the Hindu constituency effectively backed her up with a solid defence of the suggestion. On the contrary, what followed was an embarrassing ‘damage control’ in the parliament, in television studios, and in mainstream print media.  Swaraj had not made an intemperate remark. It was not a war cry to catapult the ‘Hindu agenda’ to centre-stage of governance. The least the BJP spokespersons could have done is ask a counter question to those raising the bogey of ‘saffronisation’: ‘Swaraj has expressed her opinion in a parliamentary way. What’s your problem with that?’ Sadly, the BJP was on the defensive when it did not even need to be on the offensive. It just needed to own up its philosophical and political moorings.

On the International Yoga Day too, the BJP and the larger Hindu constituency have been caught on the defensive when they should have been merely positive and proud. Yoga is essentially Hindu but it is not a religious ritual. The simple reason why Yoga is practised in several countries that are clearly not Hindu is because it is good for body and mind. The world has not accepted Yoga because the BJP said Yoga was good. Yoga has thrived internationally on its own merits. Yet, India, as the birthplace of Yoga, needed to own up one of her greatest gifts to the world. The Congress-Left consensus that ruled India for 60 years did nothing to own it up. So when Prime Minister Narendra Modi proposed to the United Nations General Assembly that a day be marked to commemorate Yoga, he was merely asking the world to acknowledge Indian civilisation’s stellar contribution to the humanity. The UN did not have any problems with this and rightly gave India its due. This international acknowledgment of Yoga is clearly an achievement for India and the BJP and Prime Minister Modi have legitimately claimed it as one.

Back in India though, the BJP’s domestic messaging has failed again to celebrate the International Yoga Day as India’s achievement. The BJP is speaking in multiple voices and much of the effort is aimed at marketing Yoga without its distinctly Hindu context. Instead of proposing that the Muslims invoke Allah instead of the shlokas, the BJP could have asked these counter questions—does practising Yoga make a Muslim a Hindu? Can’t the Islamist radicals in India feel happy for their country and for their Hindu co-nationalists for this international acknowledgment of Yoga which the world outside perceives as being one of the symbols of India’s civilizational greatness? If Islamists radicals cannot celebrate or at the least acknowledge something that they perceive as essentially Hindu but which does no harm to their faith and the practise of their faith, what exactly do they mean by the talk of composite culture? Aren’t the Islamist radicals wasting yet another moment of celebrating India’s civilizational confluence?

The BJP has not asked these questions. And most likely will not ask though these are the questions the core BJP constituency—Hindu in its moorings and civilizational affiliations—has on its mind. The world has long accepted India’s civilizational greatness and originality. It’s the birthplace of this civilisation which ironically is in turmoil over what must be owned, celebrated, and practised as the soul of its very identity.