‘Sex With Hindu Woman Is Ticket To Jannat,’ Rapists Tell Pregnant Woman, As Per Her Complaint To Police 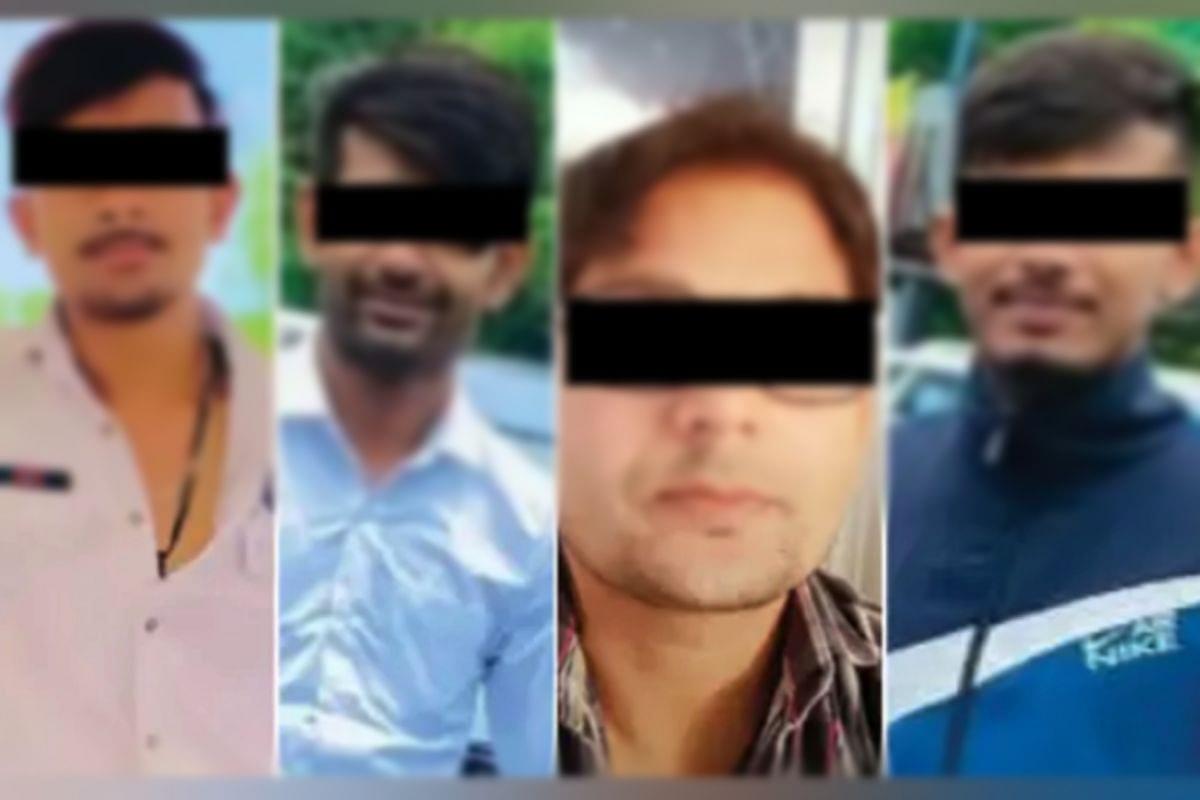 The accused from left to right, Prince, Arbaz, Sayyid and Afzal

A 19-year-old woman from Madhya Pradesh, Payal Javdekar (name changed, surname retained) has accused four Muslim men of raping her saying that sexual relations with a Hindu woman would earn them a place in Islamic paradise (“jannat”).

The woman stated this in her written complaint to the police, based on which a case has been filed. The accused have been arrested for gangrape.

This case is yet another addition to a spate of gender crimes on Hindu women by men belonging to the Muslim community motivated by religious fanaticism.

Swarajya has been extensively covering such cases, where women or their families have accused Muslim men of marrying them with the sole purpose of religious conversion, abused them by calling them “kafir ki aulaad” (child of an infidel) or raped them saying it was to 'teach Hindus a lesson'.

Details of the FIR

A first information report (number 491/2022) was registered in the case at Tukoganj police station on 29 September 2022. Swarajya has accessed the FIR copy.

The survivor, Payal, told the police in her complaint that four months ago, that is in May, she was looking for a job. One day, she received a message from one Arbaaz on her Instagram account that he ran a business of transferring money from one city to another.

He said his friends Prince and Afzal looked after the advisory work and they all operated from an office in Vijay Nagar area. He said he would fix a meeting for her with them, and they would provide her a job.

In June, Payal met Arbaaz for the first time at Meghdoot Garden.

On 23 July, Afzal and Arbaaz called her at Bhanvarkuan Square for a meeting. They asked her to prepare a resume, based on which she could get a job. Afzal took her mobile number during this conversation. After half-an-hour, she left for home.

As soon as she reached her house, she received a message from Afzal. He said, “I like you, please be my girlfriend. You fulfil my needs and I will give you a job, with extra money”.

Payal confronted him and said he should not talk to her like that. She said she did not want to work with him anymore.

After one month, that is in August, a man named Prince messaged her saying there was a requirement at their firm. It was not a field job but about back-end operations, he said. He then asked her to meet him at Regal Square on 14 September around 2.30 pm.

She reached the spot on time. Prince arrived there in a blue car. With him were Afzal and Arbaaz. There was another man who they were all referring to as Sayyid, who drove the car.

Near the Regal Square petrol pump, Prince offered her some snacks. As they all were eating, she also picked one samosa. After eating it, she went unconscious. From the spot, they took her to a room in Vijay Nagar area. Prince and Afzal entered the room while Arbaaz and Sayyid waited outside.

Prince said, “You do my work and I will make sure you get a job.”

When she asked what work,  he said, “samajh jao bas” (Just understand it).

Payal told them she was six-months pregnant, to which Afzal replied it was okay in their religion. Afzal said they would attain “jannat” on making physical relations with a Hindu woman.

Prince started taking off her clothes and raped her. After him came Afzal, he too raped her.

After twenty minutes, they took her in the same car and dropped her at Regal Square. In the car, Prince and Afzal threatened her saying if she dared speak a word about that to anyone, they would chop her off along with her husband.

She was in fear and hence did not say a word to her husband. A few days after the incident, she told him about the episode. The couple decided to give a complaint to the police.

The statement of the victim concludes here.

What the survivor told the media

Swarajya contacted the survivor yesterday, but she said it was emotionally torturous for her to recall the incident again and again to share with the media. She said she did not want to speak about it, and her statements could be taken from her interviews already given to newspapers.

Her detailed statements are available in various Hindi media reports. Below is what she told Hindi daily Dainik Bhaskar:

(Although the statement is a repeat of what she told the police in the FIR, yet Swarajya is reproducing her statement to the Bhaskar).

“I am 19 years old and live in Khajrana area. I had a love marriage a few years back against my family's wishes. I am currently pursuing my B Com, and I am in a first-year student. We were struggling financially so I started looking for a job. I posted my resume on social media accounts including Instagram. There I met Arbaaz. He called me for a meeting at Meghdoot Garden where he told me that my basic salary would be Rs 8,500. He said the salary would eventually turn into Rs 90,000 per month. He was talking about some targets so I thought this was a field job. I immediately told him that I was pregnant and could not do field work.

“He said that it was an office job that required making phone calls. I fell prey to his trap. On 23 July, he called me and asked me to come to Bhanwarkuan area. He said if I prepare my resume well, the job is surely mine. He also asked for my mobile number for further communication. He said he would call on reaching his office. After a few hours, he sent me a message saying he liked me and I should become his girlfriend. I stopped talking to him.

“After one month, a man named Prince messaged me on Instagram saying there was a requirement at his office. He immediately called me for a meeting but I didn’t go. He continued talking about the job on Instagram.

“On September 14, Prince called me to Regal Square to talk about the job opening. There were three other men with him in a car. Two of them, Afzal and Arbaaz, were known to me. They offered me some snacks, and after eating, I started feeling dizzy. I only remember that one of them directed the driver, Sayyid, to take the car to some place. I don’t exactly remember what happened after this. I was nervous and within no time, I fainted. When I regained consciousness, I was inside an empty house and all of them were taking me inside.

“Afzal and Prince stayed in the room while Arbaaz and Sayyid stood outside, talking. They asked me to work according to them. I started crying. They took off my clothes. I said I was pregnant to which Afzal, laughing, said this was very common in their religious community. Sex with a Hindu woman gives them a place in paradise, he said". His exact words were – ‘Hindu Ladki ke sath sex karlo to Jannat naseeb hoti hai’.

“I started crying. Both of them raped me. I kept on crying. After about half-an-hour, they dropped me at Regal Square from where I took an auto for my home. They threatened me that they would kill my husband and my family. I was in a state of shock and fear, so I did not share anything with my husband. After about 15 days of the incident, I told him everything we and went to the police station.”

Swarajya called the Tukoganj police station on 5 October. The Investigating Officer of the case, Sub Inspector, RL Mishra, said that the victim recorded her statement under section 164 of the CrPC in front of the magistrate on 1 October, where she repeated her version recorded in the FIR.

He said that all the four accused had been booked under IPC sections 376 (rape), 376D, 365 (kidnapping or abducting for wrongfully confining), 506 (criminal intimidation), 354 (assault) and 34 (act done by several persons with common intention), and that he was not authorised to share with the media details of the investigation.