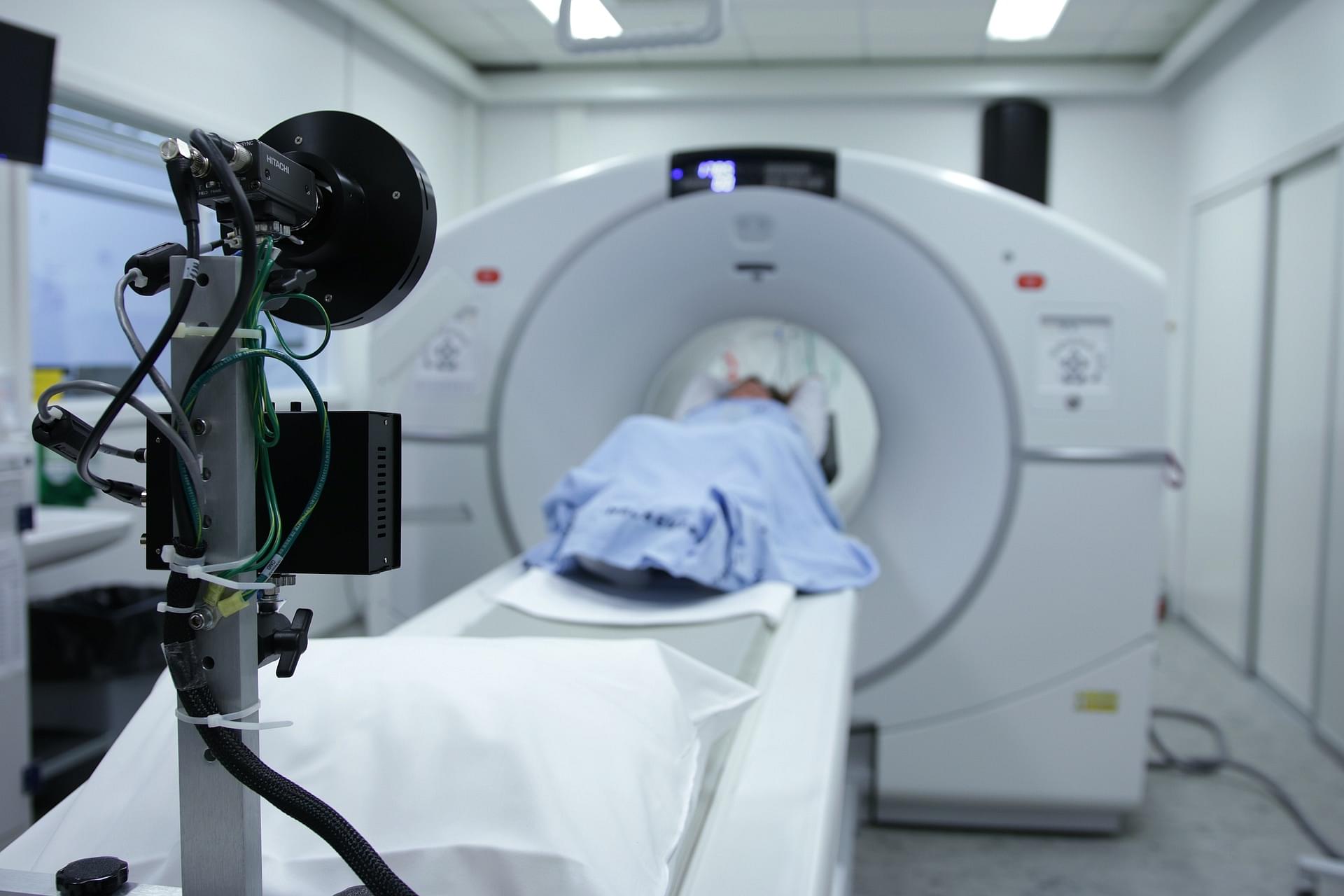 Representative image of a CT scan

The All India Institute of Medical Sciences (AIIMS) director Dr Randeep Guleria recently said that a CT scan is equivalent to 300-400 X-rays and should be avoided for mild Covid-19 cases.

In response, the Indian Radiological and Imaging Association (IRIA) dismissed Guleria’s claims by calling it “misleading”.

According to the association, CT scans are an important component of Covid-19 diagnosis and they can determine the severity of the disease.

The IRIA noted that the comment from the AIIMS director is “unscientific”, “alarming”, and “irresponsible”.

“This is a very retrograde and was the situation 30-40 years ago. The modern CT Scanners use ultra low dose CT which has radiation comparable to only 5 to 10 x-rays,” the IRAI said, according to a Times of India report.

In the statement, the association explained that the CT Chest is helpful to find out whether the disease is mild, moderate, or severe.

“Moreover, the progression of the disease can be monitored by CT especially in patients who are deteriorating,” it added.

According to the reliable medical website WebMD, one chest CT scan delivers a radiation amount of 100 to 200 X-rays, adding that "the total amount you get is still very small". New Jersey-based Radiology Center at Harding says the same on its website.

A report on the website of Consumer Reports, an organisation that aims to do right by consumers, says: “CT emits a powerful dose of radiation, in some cases equivalent to about 200 chest X-rays, or the amount most people would be exposed to from natural sources over seven years.”

CT Scans: Risky Or Not?

The question of CT scans elevating cancer risk remains a matter of fierce debate among radiologists.

Experts say that significant health problems, including cancer caused by too many CT scans, may not show up for years.

As per the United States Food and Drug Administration (FDA), there are both benefits and risks associated with the use of CT scans.

CT scans are essential to diagnose patients, but an estimated 30 to 50 per cent of imaging tests are believed to be medically unnecessary.

The FDA says that the radiation doses depend on the size of the body part being examined, the type of procedure, and the type of CT equipment and its operation.

At a low dose of radiation from a CT scan, the risk of developing cancer is so small that it can't be reliably measured.

The dose of radiation received per diagnostic scan is measured in millisieverts (mSv).

A simple chest X-ray exposes a person to an average of 0.01 mSv, which is equivalent to the amount of radiation people get in a day from their natural background, says Harvard Medical School, while exposure from a standard chest CT is 7 mSv.

In the report, Dr Dushyant V Sahani, an associate professor at Harvard Medical School and the director of CT imaging at Massachusetts General Hospital, says that with the smart use of modern scanners to minimise the dose, the actual exposure can be close to 4 mSv.

He says: "Radiation-related risk in anyone above 65 years of age from a diagnostic CT of the chest or abdomen is negligible to none."

"The doses are very low and the time it takes cancer to develop can be 20 years or more," he adds.

That is why the American College of Radiology has recommended limiting lifetime diagnostic radiation exposure to 100 mSv – which is equal to 10,000 chest X-rays, or up to 25 chest CTs.

The Harvard report explains that if someone has their CTs done in middle age and then later in life, it can take decades for the radiation exposure to end in cancer.

But in the case of a child or young adult, they have a long enough lifespan that the radiation from repeated CTs is more likely to lead to cancer.

"We always need to be cautious with ionizing radiation. If you don't need more, why to get it?" Dr Sahani says.

So, the chances that X-radiation from CT scans causes cancer depends on the person’s age, gender, and the part of the body being scanned – as some organs are more sensitive to radiation than others.

The regions in the body where CT-related cancer is most likely to appear are the chest, pelvis, and abdomen.

Even though the overall odds are very low, two studies published in 2007 and 2009 by teams from Columbia University and National Cancer Institute had predicted that up to 2 per cent of future cancers – about 29,000 cases and 15,000 deaths annually – might be caused by CT scans.

However, the NCI has said the chance of getting cancer from one CT scan is about 1 in 2,000, while the lifetime risk of dying of cancer is 1 in 5.

The Harvard report also claims that the lifetime risk posed by a single CT scan of 8 mSv is calculated to be 0.05 per cent or a 1 in 2,000 chance of developing cancer.