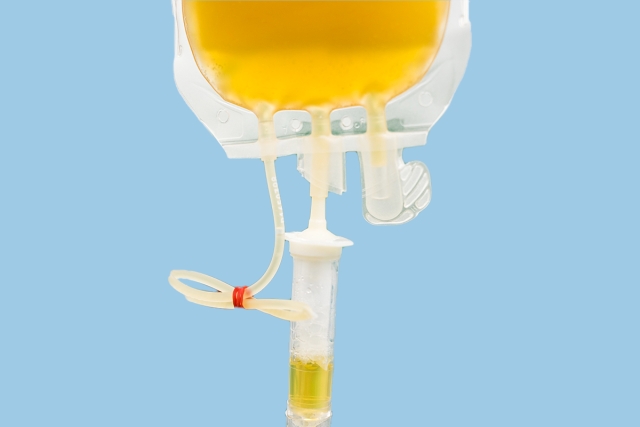 When separated from the blood, plasma is a yellow liquid (Graphics: Swarajya Magazine)

Eight months into the pandemic caused by the coronavirus disease Covid-19, the United States (US) Food and Drug Administration (FDA) has provided emergency use authorisation for what is widely seen as a stopgap arrangement — has been one for nearly a century — before a Covid-19 treatment is identified and put to use.

Convalescent blood plasma was given the go-ahead in the US on 23 August for Covid-19 treatment in hospitalised patients.

The move has triggered vigorous debate — not because blood plasma doesn’t work, but because it is not established by standard practice as to how well it works and to what extent.

Yet, US FDA commissioner Stephen Hahn made the claim in a news conference that 35 out of a 100 people ill from Covid-19 “would have been saved because of the administration of plasma.”

This figure, which surprised experts, appeared to have come from FDA’s analysis of data from a Mayo Clinic study of hospitalised Covid-19 patients receiving blood plasma treatment.

Hahn later issued a clarification in a tweet saying: “The criticism is entirely justified. What I should have said better is that the data shows a relative risk reduction not an absolute risk reduction.”

The FDA commissioner had not directly addressed the ‘35 saved lives’ statistic.

Dr Eric Topol, a professor of molecular medicine at Scripps Research, said in a tweet: “You need to correct the 35 lives saved per 100 sick with covid-19 so people understand that was absolutely wrong, Steve. That there is no evidence to support that. That there is no evidence at this juncture to support *any* survival benefit. That we need RCTs.”

“RCTs” is a shorthand for randomised control trials. They are the gold standard for determining the safety and efficacy of new treatments.

Government agencies rely on this type of clinical trial to take a call on approvals.

Later, it came to light that the 35 per cent figure came from a comparative analysis of two subgroups who had received plasmas with varying levels of antibodies.

The antibody-rich plasma is said to have relatively improved the survival rate in patients by roughly 35 per cent.

For convalescent blood plasma, no RCTs in the US have as yet reported any outcomes.

However, RCTs for blood plasma were carried out earlier in the year in Wuhan, China, and the Netherlands.

The details of the trials and the results for both these cases are public.

The Chinese trial comprised 103 patients who were Covid-19-positive and in the severe or life-threatening category.

The trial, which had enrolled 200 volunteers, was terminated prematurely.

The researchers note that this may have limited the ability of the trial to detect a clinically significant difference.

For “severely ill” patients, the results were better though. On receiving plasma treatment, they recovered five days earlier. In addition, more of the volunteers experienced an improvement in health within 28 days of treatment kick-off.

The trial in the Netherlands was similarly halted earlier than planned.

Eighty-six patients, mostly men with a mean age of 63 years, were part of the study, which took place in 14 hospitals. The results indicated “no difference in mortality (p=0.95), hospital stay (p=0.68) or day-15 disease severity (p=0.58)... between plasma treated patients and patients on standard of care.”

Essentially, the timing of the dose is important.

In April this year, the US FDA set up the National Expanded Access Treatment Protocol, sponsored by the Mayo Clinic, as part of which over 70,000 people received convalescent blood plasma as Covid-19 treatment.

Close to a lakh people are already enrolled in this observational study.

This is, however, an uncontrolled, single-arm study, where all the volunteers receive the experimental therapy as treatment and there is no comparison (or “control”) group to receive another form of treatment or placebo for reference.

This Mayo Clinic study has already yielded some preliminary data. The results are available for two subgroups — the first 5,000 patients and the second pool of 20,000 patients.

The study involving 5,000 patients concluded that “the mortality rate does not appear excessive” given the “deadly nature of Covid-19” and the large number of critically ill patients in the trial.

The second, larger study buttressed the point that plasma transfusion is “more likely to reduce mortality.”

In any case, these cases still raise the question — the mortality is likely to be less with the blood plasma treatment compared to what other case?

For that, RCTs would be required.

Besides the Mayo Clinic study, the clinical memorandum released by the US FDA lists three other factors that convinced them to approve the use of plasma therapy for hospitalised Covid-19 patients — its prior use for respiratory coronaviruses, like the Severe Acute Respiratory Syndrome (SARS) and Middle East Respiratory Syndrome (MERS) viruses; evidence of safety and efficacy in animal models; and other published studies vouching for safety and efficacy of the convalescent plasma technique.

Historically, blood plasma treatment has been used against a number of infectious diseases.

It was part of the “passive immunisation” strategy, today referred to as ‘passive antibody therapy’.

Both viral and bacterial infections were the target of this form of treatment since the late 1800s.

Serum treatment began as a technique for use against diphtheria (a severe infection of the nose and throat) in the 1890s.

At that time, the serum was extracted from immunised animals. But soon enough, plasma was taken from humans for treating fellow humans.

Later, serum therapy was put to use and found to be effective during the Spanish influenza pandemic of 1918.

Around the same time but a little later, it was used to manage scarlet fever (a bacterial infection), as also a host of other diseases, from measles to pneumococcal pneumonia to chicken pox, over the next two to three decades.

It was the rise of antibiotics and vaccines in the middle of the twentieth century that pushed serum therapy lower in the pecking order of treatments.

Still, it has remained a useful tool that is called on at times when treatments are as yet unavailable and vaccines are still in the making, as in the case of Covid-19.

In the more recent past, convalescent plasma therapy was used during the SARS outbreak in 2003, the MERS virus spread in 2012, and the Ebola outbreak in West Africa.

And it has been rewarded, perhaps, with the US FDA’s approval for emergency use.

The basic process entails extracting the plasma from the blood of individuals who have recovered from Covid-19 and injecting it into those who have been recently thrust into sickness.

The idea here is that the anti-SARS-CoV-2 antibodies in the plasma of recovered individuals will either neutralise the virus and prevent infection or offer protection from an infection that may otherwise progress towards high-risk stages.

The measurement of antibody levels in plasma is key, so that the serum can then be accordingly categorised — for instance, high and low titer Covid-19 convalescent plasma.

The US has approved the use of both these plasma types, and which of these to administer is left to the medical judgement of the prescribing physician.

Convalescent plasma comes with its challenges. For one, it relies on generous blood donation by individuals who have recovered from Covid-19.

Assuming enough blood is collected, a process ensues thereafter of separating the plasma from the blood, processing and isolating it, and then turning it into small doses that can eventually be injected in patients via intravenous therapy.

This is not all. There are other nuances, such as ensuring the plasma has sufficient antibodies — generally, the plasma is pooled to balance out the varying antibody levels in individual samples. Care must also be taken to prepare the serum in a way that negates potential risk factors, such as the transmission of another pathogen into the patient.

Next, how much plasma to administer, at what point in the disease cycle to administer, to what group of patients — these are some of the questions that need answering in rigorous trials. It’s time we knew.