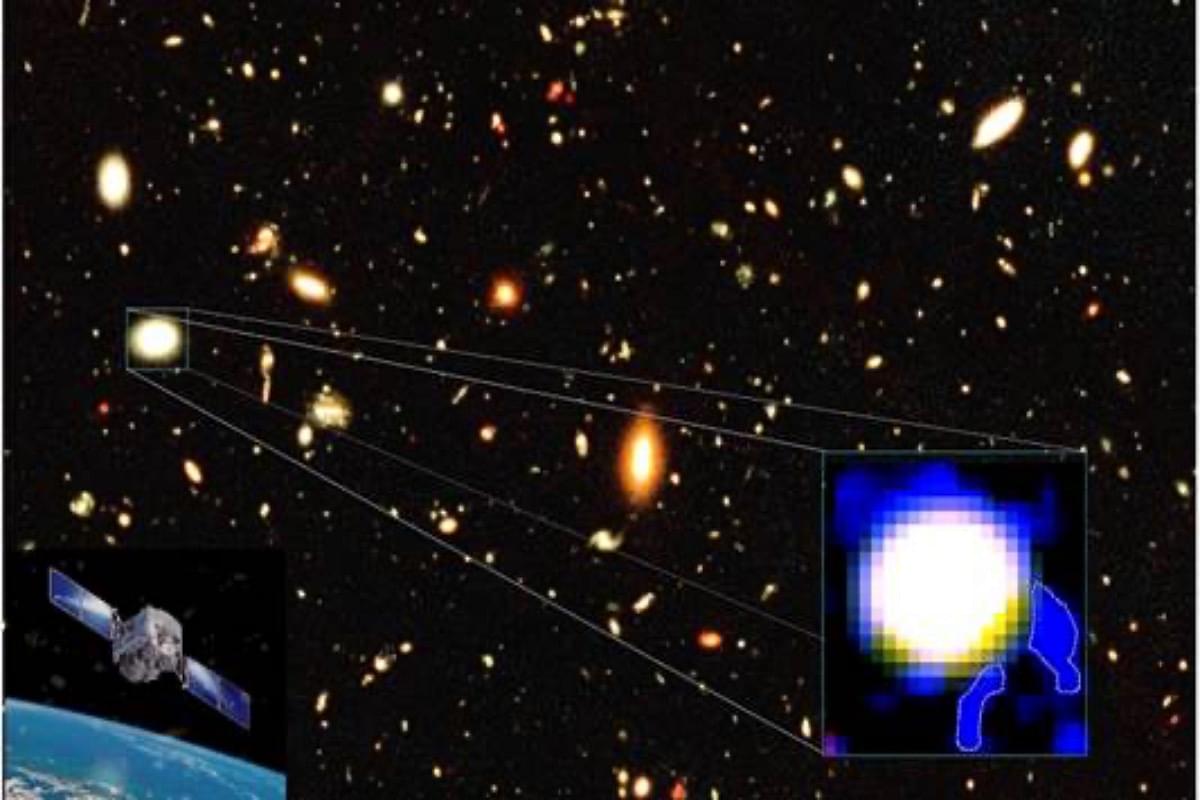 Signals from the outskirts of a galaxy that is not more than 150 million years indicate formation of newer stars by the galaxies beyond their visible boundaries, according to a recent study.

The research traces how these young stars, that are found in the form of star-forming complexes or clumps, migrate towards the inner regions and gradually build up the stellar content of these galaxies.

Astrophysicists have been exploring to learn how galaxies, the basic building blocks of our Universe, form and evolve into present-day ones. But the picture still remains incomplete.

The UltraViolet Imaging Telescope (UVIT) onboard AstroSat, India's first dedicated multi-wavelength space observatory, has recently detected faint emission of Far UltraViolet (FUV) light in the outskirts of a sample of distant Blue Compact Dwarf (BCD) galaxies that are about 1.5 -3.9 billion light-years away. These are small galaxies usually characterised by their centrally concentrated star formation, the ministry of Science and Technology said in a release on Friday (29 July).

The discovery, a joint outcome of a study by an international team of astronomers from India, USA and France, is a significant step towards tracing the mysteries of galaxy formation.

The study published in the journal Nature was conceived by Professor Kanak Saha of Inter University Center for Astronomy and Astrophysics (IUCAA), Pune.

Anshuman Borgohain, the lead author of the article and a recipient of the INSPIRE Fellowship of the Department of Science and Technology (DST), said that the occurrence of such young stars at the periphery of galaxies is usually a tell-tale signature of recent gas accretion from their surroundings that fuel the star-formation and subsequent galaxy growth.

“The resolving power of UVIT and UV deep field imaging techniques has been the key to spotting these very young, large star-forming clumps. Due to their large distances from us, it was a challenging task to establish the detection of these faint, extremely blue star-forming clumps with million solar masses,” said Professor Kanak Saha, highlighting that it helped witnessing the 'live' formation of these far-way dwarf galaxies.

Dr Bruce Elmegreen, a principal research staff in the IBM Research Division, USA, who contributed to the study, said, “It has been a mystery how some small galaxies like these can have such active star formation. These observations suggest that accreting gas in the far outer parts can be forced to move inward through torques exerted by giant gas and stellar complexes. This migration builds up the central density over the galaxy's lifetime".

“The outer portions of these gaseous disks are unstable towards fragmentation, even though these dwarfs must be dominated by dark matter, which would limit the fragmentation," she explained.

Another co-author Professor Shyam Tandon, ex-emeritus Professor at IUCAA and PI of UVIT, highlighted the importance of UVIT data in this study, the ministry said.

Dr Rupjyoti Gogoi, Assistant Professor of Physics at Tezpur University and associate at IUCAA, said that the work, which utilizes data from India’s indigenous satellite, AstroSat, could be an inspiration to young researchers of the country, the ministry said.