Buddhism vs Islam: Emergency In Sri Lanka And A Tinderbox South-East Asia 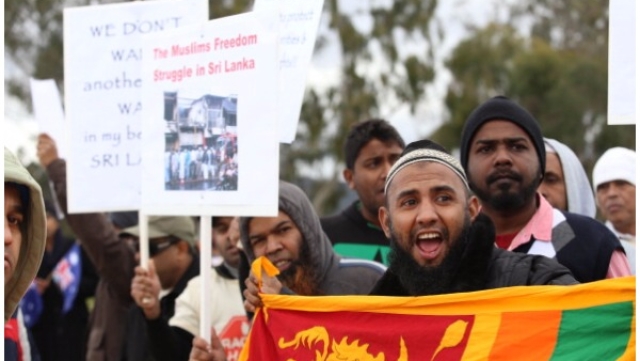 The Buddhist and the Islamic worlds seem to be increasingly in conflict in south and south-east Asia. In Myanmar and Sri Lanka, Buddhist nationalist organisations are in open conflict with Muslims; in Thailand, Islamist insurgency has resurrected itself in the Patani region; In Indonesia, tensions between the Muslim majority and Buddhist minority have surged.

The conflicts between the Muslims and Buddhists in the region represent a clear faultline between two cultures, as theorised in Samuel Huntington’s Clash of Civilizations. As Islamic invasions made their way towards the east, the repression and persecution that came in their wake ransacked Buddhist temples, destroyed the famous Nalanda University, as well as the Mahabodhi temple in Bodhgaya, Bihar. Other regions in this part of Asia like Sri Lanka, Burma and Thailand were spared from this brute force of the Islamist invasions.

In Indonesia, Islam made its entry only in the 13th century through traders. The province of Aceh served as an entry point for Muslim traders, and through them, their religion slowly spread to the rest of the archipelago. By the beginning of the 19th century, there were only a few pockets of Buddhist or Hindu influence left in Indonesia.

From a historical standpoint, the clash between Buddhists and Muslims seems to be a continuing conflict. What is new, however, is the militant response that Theravada Buddhism has had against Islamism.

In Myanmar, for example, a self-styled militant monk, Ashin Wirathu, has given shape to a “969 Movement” to “Safeguard the country from Islam”. The figure 969 is meant to be numerological opposite to the Islamic 786 by local Buddhist beliefs . In that country, Buddhist nationalists voice their concerns regarding the fast-changing demography of the Rakhine state, which is also at the centre of the Rohingya refugee crisis. The Buddhist nationalists believe that if not checked, the Rakhine Buddhists of the state would be overrun by Rohingyas.

The current conflict can be traced back to the late 1940s, when Muhammad Ali Jinnah refused to include the Rohingya-dominated Buthidaung and Maungdaw regions in east Pakistan, even when encouraged by Rohingyas themselves. In response, a Mujahideen movement was born against the Burmese government. The insurgency, which faded out by the late 1970s, was replaced by less violent but a more political Rohingya movement starting in the 1990s which was encouraged by the overseas Rohingya community. This aimed at creating a separate Rohang state.

This series of events, combined with the destruction of the Bamiyan Buddhist statues, the anti-Islamist opinions post 9/11, and the 969 Movement have all led up to the conflict reaching a crescendo.

The Buddhist response, however, was repressed in the early 2000s, with Ashin Wirathu being jailed in 2003, only to be released nine years later in 2012, with a host of other political prisoners. Since his release, Wirathu has been able to capture the national and international imagination (TIME magazine featured him on their cover, as the “Militant Monk”).

Thailand, much like Myanmar, has a long history in dealing with Islamist violence. In South Thailand region, the Malaya inhabitants used to pay tribute to the Siamese kings despite being ethnic Malay Muslims themselves. The region was incorporated into the Thai Siamese Kingdom through the Anglo-Siamese Treaty of 1909. Originally, Patani enjoyed autonomy for itself but this changed after the constitutional reforms of 1932. This was followed by a process of ‘Thaification’ which resulted in repression of the local Jawi language and culture. After the Second World War, influenced by Nasserism, a Patani nationalist movement grew, which recast itself into a militant separatist movement by the beginning of the 21st century.

The insurgents targeted and continue to target local Buddhist businessmen, monks and pork vendors, but avoid a direct conflict with the some 60,000 Thai troops in the region. Buddhist monks are specially on their radar as they are seen as the symbols of the Thai government.

Unlike Myanmar, where Buddhist nationalists are at the forefront of an anti-Islamist campaign, in Thailand the mantle is taken up by the state, with Buddhist monks becoming increasingly reticent.

Mirroring the tension between Buddhists and Muslims in other south-east Asian nations, Islamists in Indonesia too have targeted Buddhist temples, allegedly in retaliation to the treatment of Rohingyas in Myanmar. The values of religious harmony in Indonesia are now increasingly under threat.

In Malaysia, (where Islam is the state religion), the pan-Malaysian Islamic Party has been promoting Islamism. Islamic law is already in force in some conservative parts of the country, and Buddhist religious activities are already restricted.

The history of conflict between Buddhism and Islam in Sri Lanka is however unlike that of the countries mentioned above. Having been under the strife of Tamil separatism till recently, Buddhist nationalists in that island nation have entered into a conflict with Muslims only recently. The Sinhalese-Buddhist nationalist Bodu Bela Sena (BBS) has similar aims to that of the 969 Movement in Myanmar, and is led by Galagoda Aththe Gnanasara. Sectarian strife has increased in Sri Lanka over the course of the last few years, with riots in 2014, and recent incidents of violence against mosques and Muslim-owned businesses. During this period, the BBS was successful in getting the halal certification system abolished in the country.

Gnanasara alleges that Buddhist heritage sites are being destroyed by Muslim settlers, and declares his fight to be against Islamic radicalisation, much like Wirathu in Myanmar.

Thus in a Buddhist and transnational anti-Islamist effort, the 969 and the BBS movements struck up a pact in 2014 during a meeting in Colombo.

While the immediate sources of conflict in south and south-east Asia between Buddhists and Muslims are local and have their own histories, some Buddhists are now adopting a coordinated counter-approach to what they perceive as growing Islamic fundamentalism in their countries.

This piece was earlier published as Buddhism Vs Islam: Emergency In Sri Lanka And A Tinderbox South-East Asia