Driven By Surging Food And Petrol Prices, Inflation In US Reaches Four Decade High, Touches 8.5 Per Cent; Inflation In India At 6.95 Per Cent 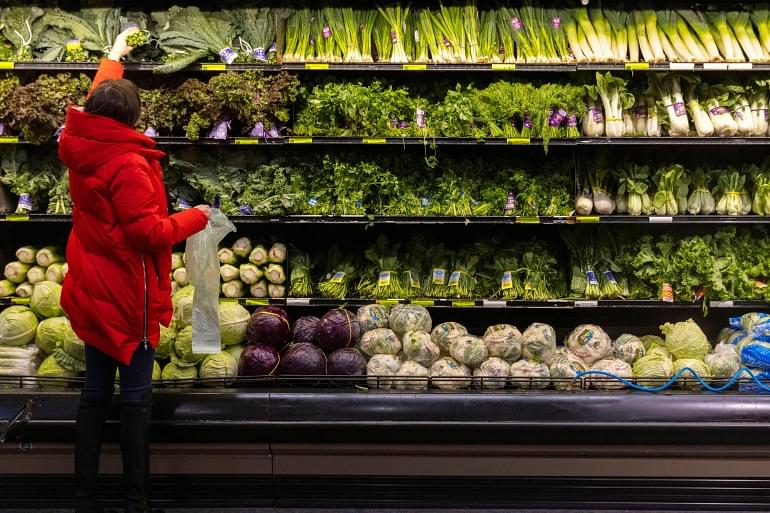 A woman in a shopping store in US

The US Bureau of Labour Statistics released its data today (12th April). The consumer price index, which measures what consumers pay for goods and services, has touched 8.5 per cent. It's the highest in four decades.

Most of this increase was driven by surging gasoline and food prices. The situation wasn't good before Russia's invasion of Ukraine but after the invasion it got worse. This is primarily due to the repercussions of the war on commodities markets.

Last month, US gas prices soared to more than 19 per cent. Overall energy costs soared by 32 per cent over the last year and food prices rose by 8.8 per cent. This is the biggest increase in food prices since the summer of 1981.

Along with cost of food and gasoline, cost of housing and other necessities are surging as well. The escalation of energy prices has led to higher transportation costs for the shipment of goods and components across the economy, which, in turn, has contributed to higher prices for consumers.

This hurts the average American the most, many of who live pay check to pay check. Significant amount of them even struggle to make ends meet with just one just and are often left no option other than working two jobs.

Whatever pay rise these people have received is largely inconsequential now as they are spending more from their pocket to purchase basic necessities.

US March inflation in a nutshell:

These numbers will reaffirms Fed's intention to continue raising interest rates to tame inflation. It is likely that the Fed might have to resort to steeper rate hikes than they indicated last month.

The Fed might have started increasing the interest rates a tad bit too late. This delay in raising interest rates might end up forcing the Fed's hand to go ahead with a more aggressive approach to rate hikes. The risk is that this might trigger a recession.

Meanwhile inflation in India has been rising too, although it isn't as pronounced as the situation in US. According to data released by Ministry of Statistics and Programme Implementation, consumer price index is at 6.95 per cent in India.

(To know more about how the US Federal Reserve uses interest rates to control inflation, click here)