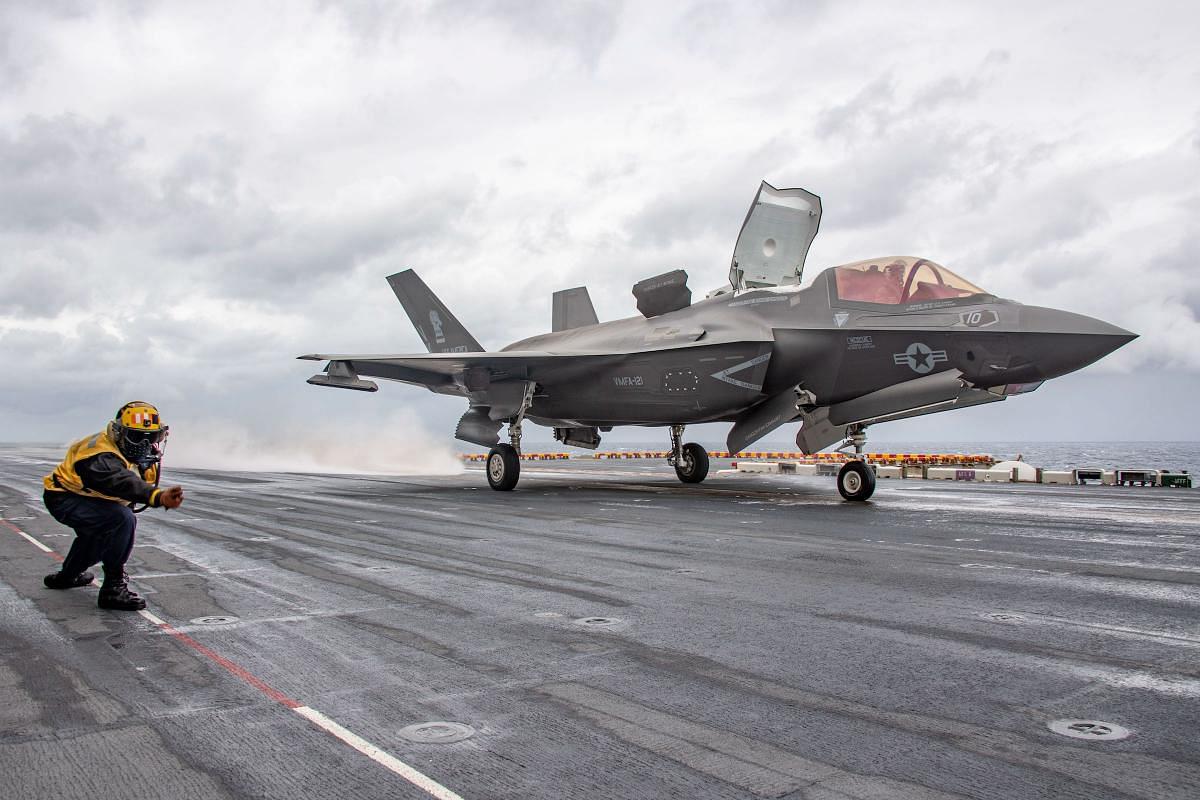 Recently, alloys manufactured by the Chinese was discovered in America's F-35 jets.

This raised alarm bells at the Pentagon and US officials are now concerned about the potential risk this may pose.

This F-35 case has now prompted Pentagon to scrutinise defence supply chains with a renewed zeal.

The Pentagon's efforts to decouple the vast global supply chain of American defence companies from China is now intensifying.

The US Defence Department is relying on artificial intelligence to identify whether raw materials, aircraft parts and electronics used by American defence contractors originate from China.

China is one of the biggest supplier of microelectronics and specialised metals. Defence contractors, due to Pentagon's repeated nudges, are now attempting to wean themselves of from dependence on China.

Officials in Defence Department believe that America is loosing its technological advantage due to these points of vulnerability.

When the fact that F-35 jets have Chinese components came into light, the Defence Department announced that it would no longer be accepting new F-35 fighter jets manufactured by Lockheed Martin.

The concerns about dependence on China gained prominence during the Trump administration.

The Pentagon published multiple studies pointing out a concerning level of reliance on China.

As per reports, official in Pentagon believe that the pandemic pointed out how fragile global supply chains are, even for high-end weapons.

These rare-earth minerals are used in multiple ways. One example is magnets. These magnets are crucial as they are used in weapons guidance systems.

China's decades of investing in refining rare-earths has led to a situation where it now dominates the global supply chain.

To close of these vulnerable points in the defence supply chain, the Pentagon has awarded contracts to Lynas Rare Earths Ltd.

The Australian company has been tasked with the responsibility of co-developing a refinery in America, using minerals imported from Australia. The company aims to open a refinery in Texas to process rare-earth minerals by 2025.

In the past decade, competition from China had led to the closure of two rare-earth mines in California and Texas.

Whilst the rare-earths the planned refinery in Texas would process will be sourced from Australia, the company is ensuring that the refinery has a capacity to work with domestically sourced supplies as well.

According to reports, although lobbyists and defence contractors express support for Pentagon's goal of acquiring traceability of all materials and boosting domestic production, in private they express concerns about the added cost of compliance.

Domestic production in America has been steadily declining. Primarily due to cheaper production overseas.

According to survey by analysts, between 2012 and 2019, the number of Chinese companies in Pentagon's supplier base increased by more than fivefold.

Supply-chain illumination, a recently instituted program by Pentagon, will use artificial intelligence and other emerging technologies to track the source of raw materials used, in real time.

Currently, a bill before the US Congress is being debated as a part of the next defence authorisation act. This bill will prevent the use of any Chinese rare-earth minerals after 2027. A similar deadline is present for printed circuit boards, with government funding domestic plants to ensure that these points of vulnerabilities are rooted out.

Whether the Pentagon will succeed in its goal, remains to be seen. Only time will tell.